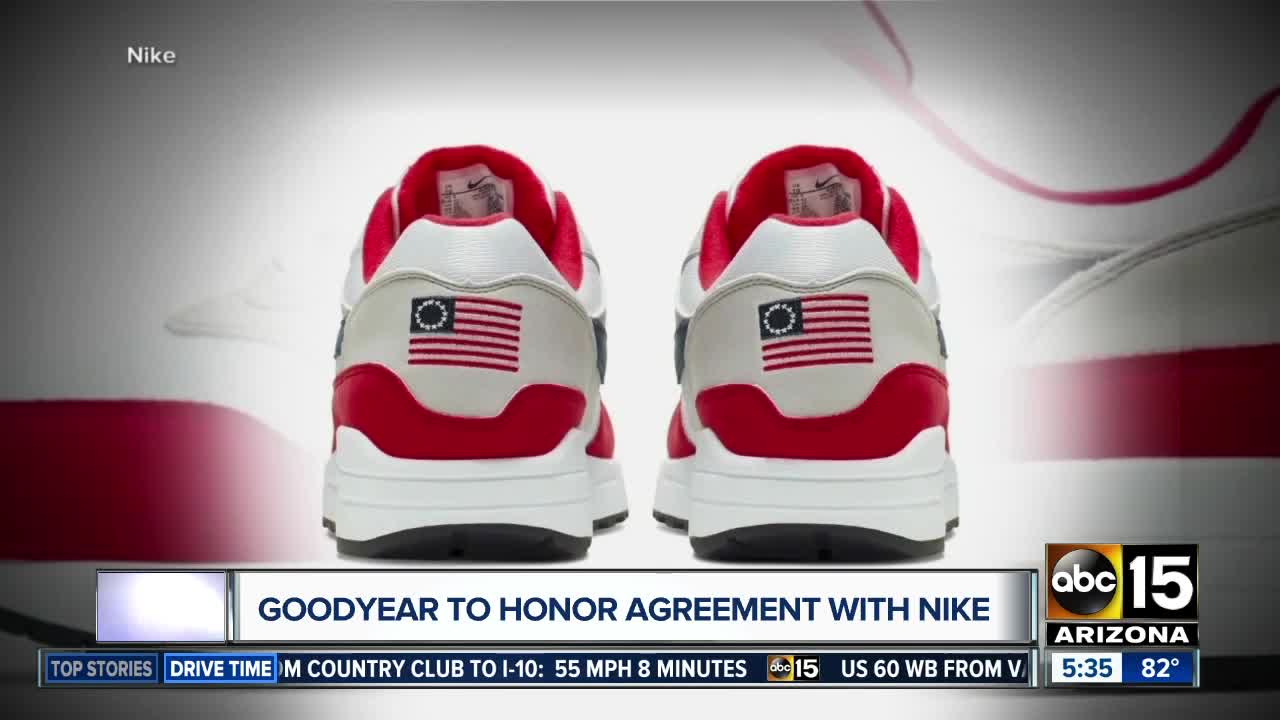 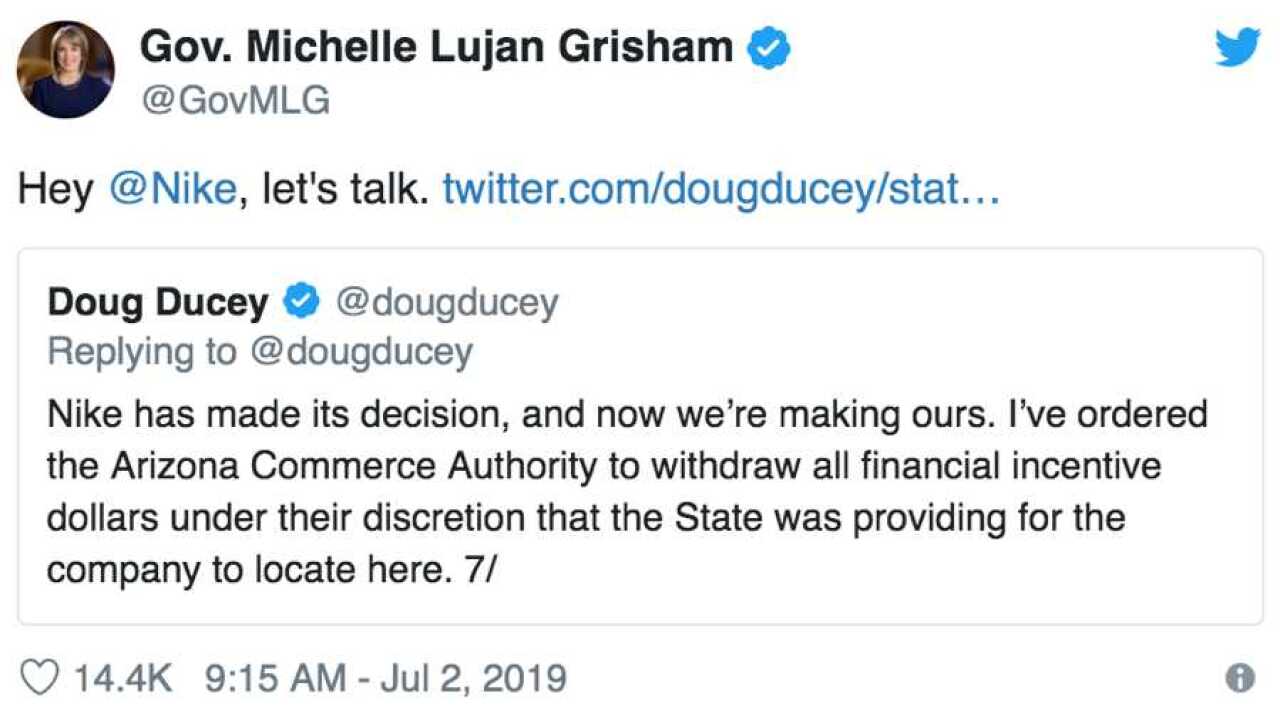 Ducey's eight-tweet thread criticized Nike for its decision to remove a shoe featuring the early American flag designed by Betsy Ross, a decision reportedly made in part based upon feedback from former NFL player Colin Kaepernick.

Kaepernick reached out to Nike after learning they planned to release the sneaker to explain that the flag recalls an era when black people were enslaved and that it has been appropriated by white nationalist groups, a person familiar with the conversation told The Associated Press.

In the tweets, Ducey called the decision "terrible" and said he was "embarrassed" for Nike and said he was ordering a state agency to pull a grant of up to $1 million in incentive money meant to help the company open a new $185 million factory in Goodyear.

The governors of New Mexico and California both responded to the tweets with playful comments attempting to sway the company to pick their state instead.

"Hey Nike--we're just a quick jaunt over the border," California Governor Gavin Newsom said. "California is open for business and welcomes those that represent the best of our American values."

Thank you for doing the right thing. CA is open for business and welcomes those that represent the best of our American values. pic.twitter.com/dLN7EuYBFS

For its part, Nike has not specifically addressed questions as to whether Ducey's action will cause it to cancel its plans for the Goodyear factory. The governor has no control over more than $2 million in tax breaks over five years the Goodyear City Council agreed to provide Nike Monday night.

In a statement Tuesday, the city said it would stand by the agreement it made with Nike. As part of the agreement, the company promised to hire at least 505 workers at salaries of at least $48,000 per year.