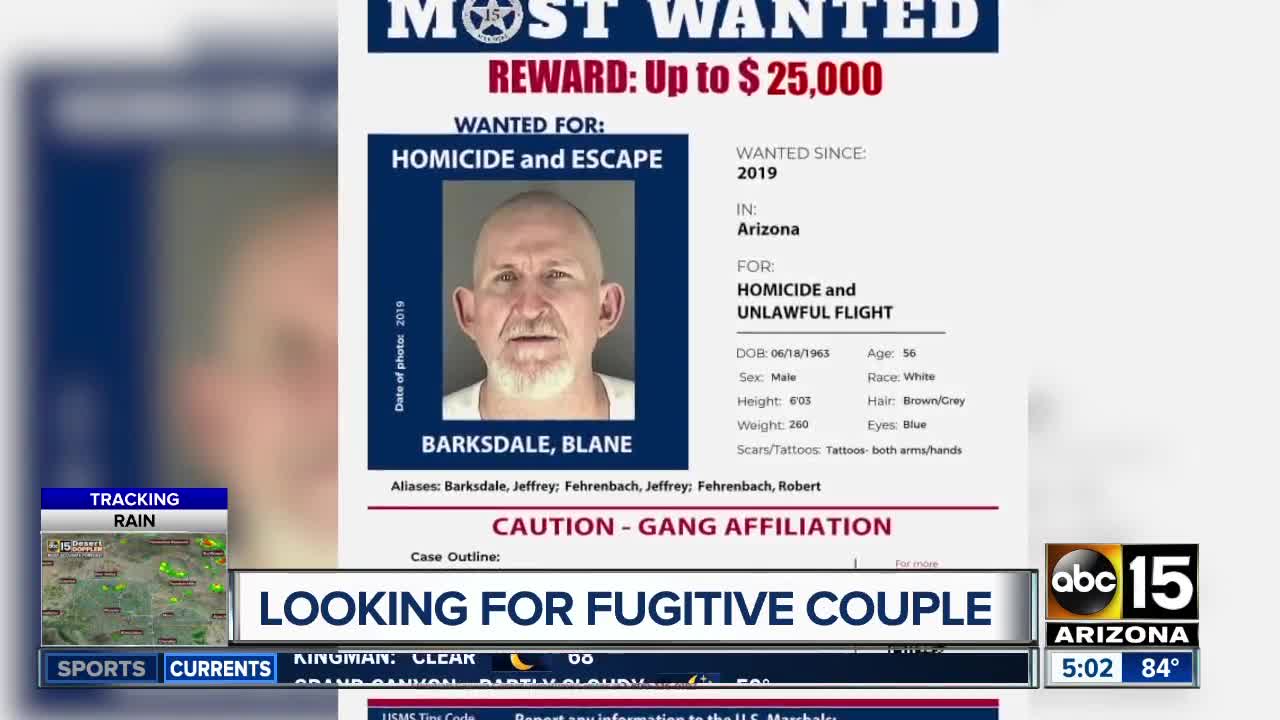 The couple is wanted in connection with a murder in Tucson. 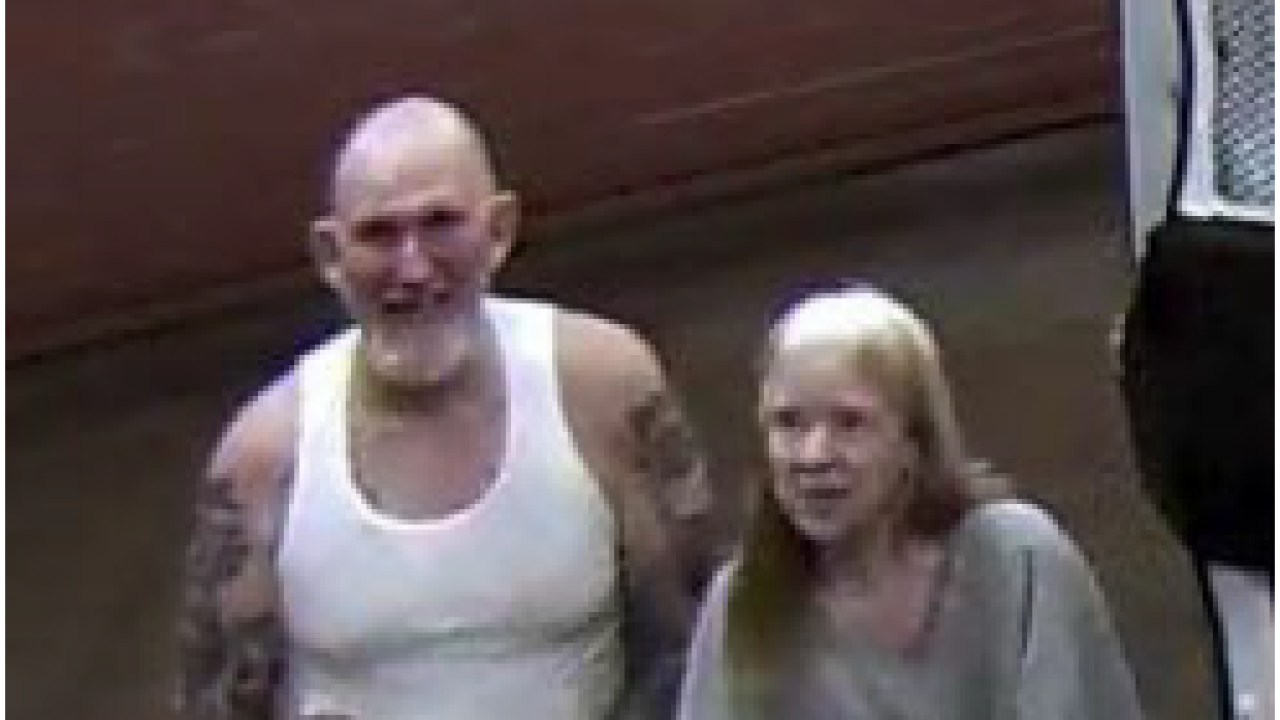 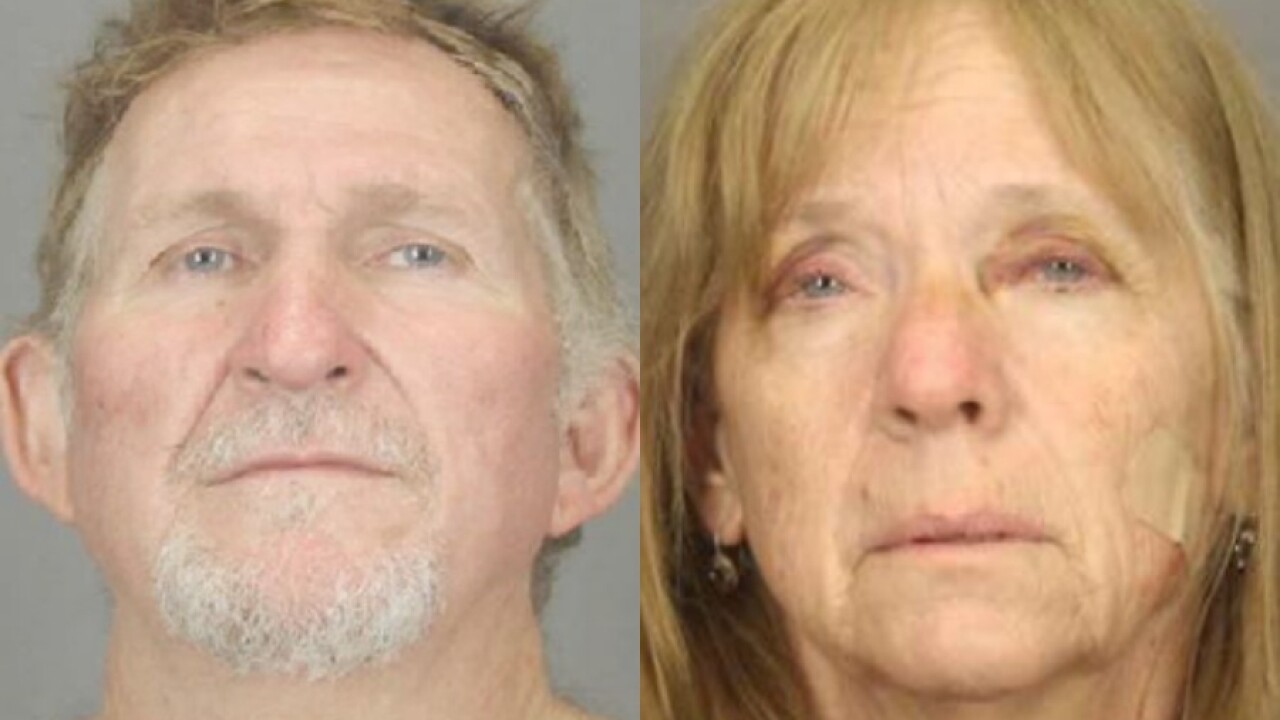 Blane Barksdale, one of the two fugitives who were being extradited to Tucson for the alleged murder of a 72-year-old man, was added to the U.S. Marshal's top 15 most wanted individuals list.

Officials do not have any solid leads on Blane and Susan Barksdales current whereabouts and no sightings have been reported since their initial disappearance on August 26.

Marshals, the FBI and other Arizona law enforcement agencies have been sifting through hundreds of tips since the pair overpowered two guards more than a week ago in Utah and took control of a prison transport van delivering them to Tucson.

Watch the latest press conference below.

Tucson police identified Blane Barksdale, 56, and Susan Barksdale, 59, as the primary suspects in the April death of a 72-year-old man. They were found in upstate New York in May and subsequently arrested.

On the afternoon of Aug. 26, their transport van left Blanding, Utah, when Susan Barksdale faked a medical emergency pertaining to "intestinal issues," according to Gonzales. The accompanying male and female guards, who worked for a private security company and were unarmed, pulled the vehicle over to allow the couple to use the bathroom.

The Barksdales used the opportunity to overwhelm them and tie them up with shoelaces. A third prisoner was also present, but authorities say he was not involved.

From there, the duo drove the van and stopped just outside St. Johns, Arizona. Gonzales says they obtained a red GMC Sierra pickup truck from a friend and drove both cars in tandem. After a short time, they abandoned the prison van and took off in the pickup. It took the guards, who were not injured, more than two hours to free themselves.

During a press conference on Monday, the U.S. Marshals said they have been extensively searching land east of Snowflake, Arizona due to Blane Barksdale's alleged affiliation with gangs and members of the Aryan Brotherhood. Investigators say Blane has spent a large amount of time near Snowflake, and believe he knows the area very well.

Law enforcement officials are urging anyone with information regarding the Barksdales location to call 911 if the fugitive couple is spotted. Members of the public are advised not to approach Blane and Susan as they are believed to be armed and dangerous.