Bald eagles are back at their Lake Pleasant area nest! 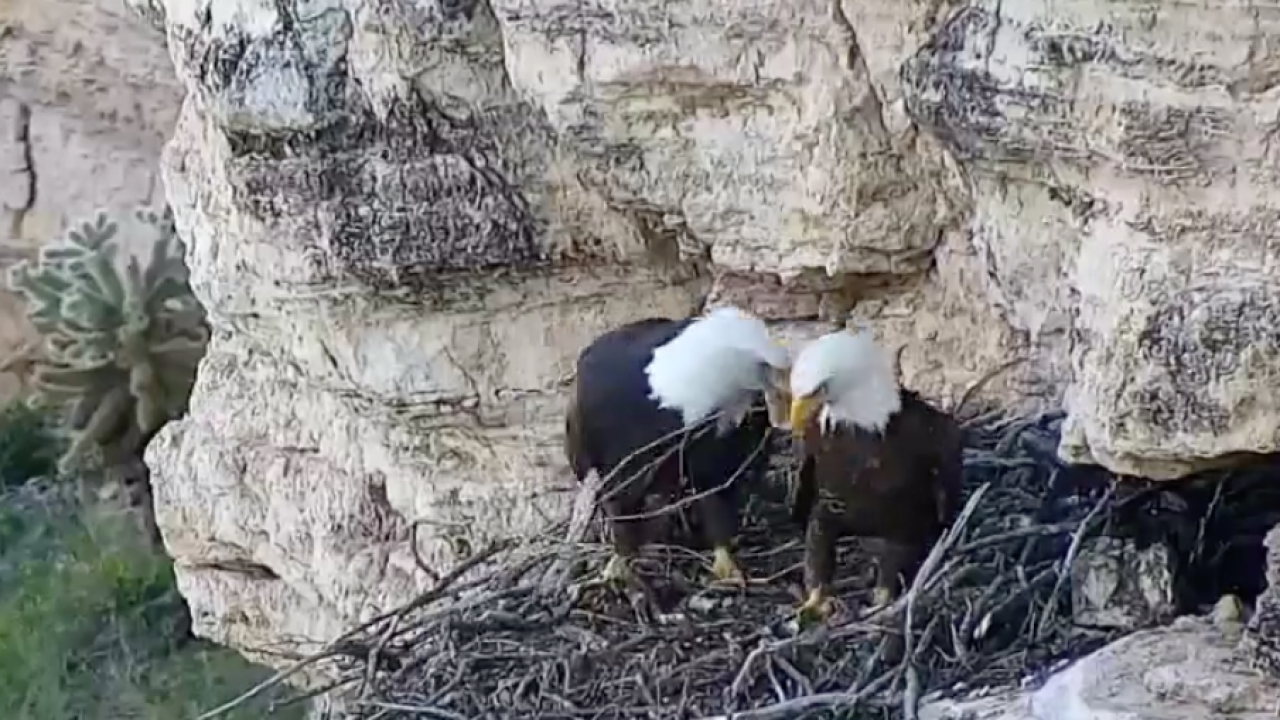 Two bald eagles have returned to their nest near Lake Pleasant after vacating the location for some time.

Officials warn that this nest may not "become their primary residence" as the duo has begun work on a partially built nest at another location in the area.

The world can catch a glimpse of the daily activities of a pair of nesting bald eagles through a video camera set up at Arizona's Lake Pleasant outside Phoenix.

The Arizona Game and Fish Department says the livestream of the nest was made available to the public in previous months. Records show bald eagles have inhabited Lake Pleasant since 1979, with the first documented nesting attempt in 1984.

Eagle on the Nest right now! 🦅 👀
We've had lots of drama this season - the eagles have been building a new nest and we're not sure which they'll choose! But for right now, great viewing on the original nest, check it out: https://t.co/yBe4EHyxGB pic.twitter.com/rCbSNxvNcT

No young eagles were born until 1993, but 28 birds have since survived to fly. Arizona's bald eagle population has increased significantly in recent years. It is the fourth species Arizona wildlife officials have brought to the public through streaming video.

They also livestream sandhill cranes in southeastern Arizona, a bat roost at Cluff Ranch Wildlife Area and pupfish through an underwater camera.

The Arizona Game and Fish Department is accepting donations to help fund their wildlife cameras.Click here for more donation information.