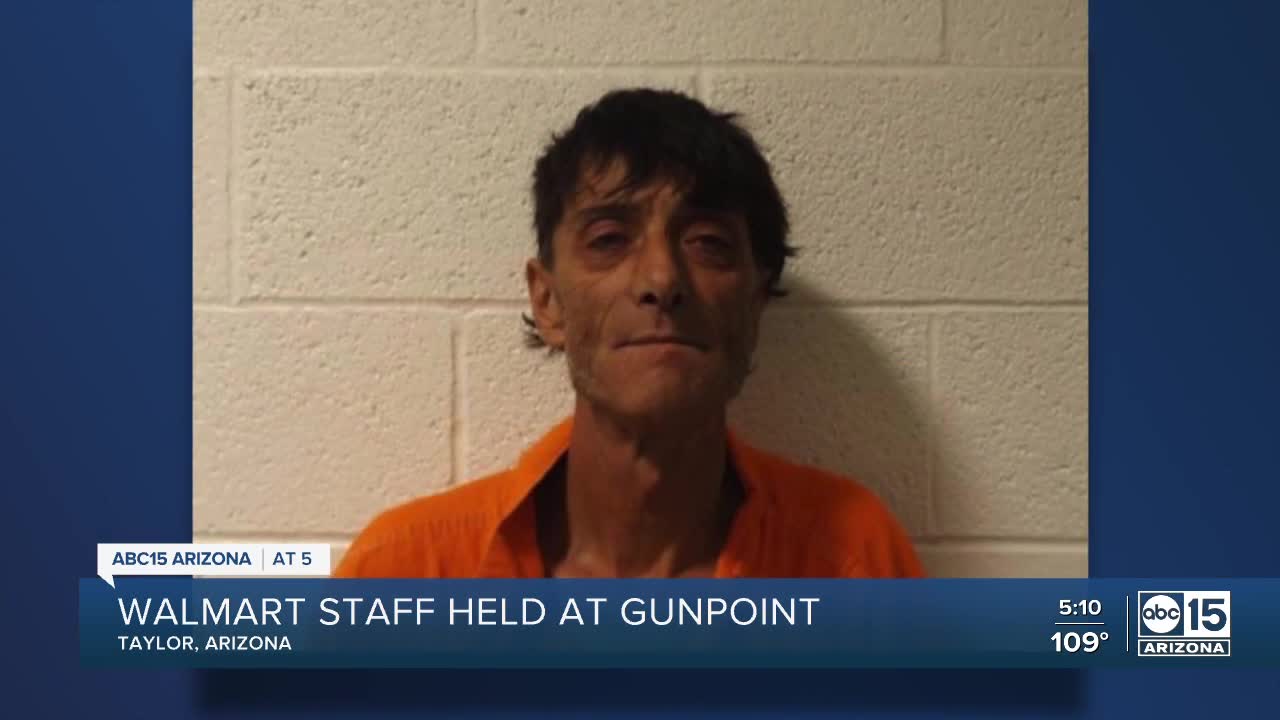 Authorities have arrested a man on after he allegedly entered a Walmart store with a gun and briefly held some of the employees there. 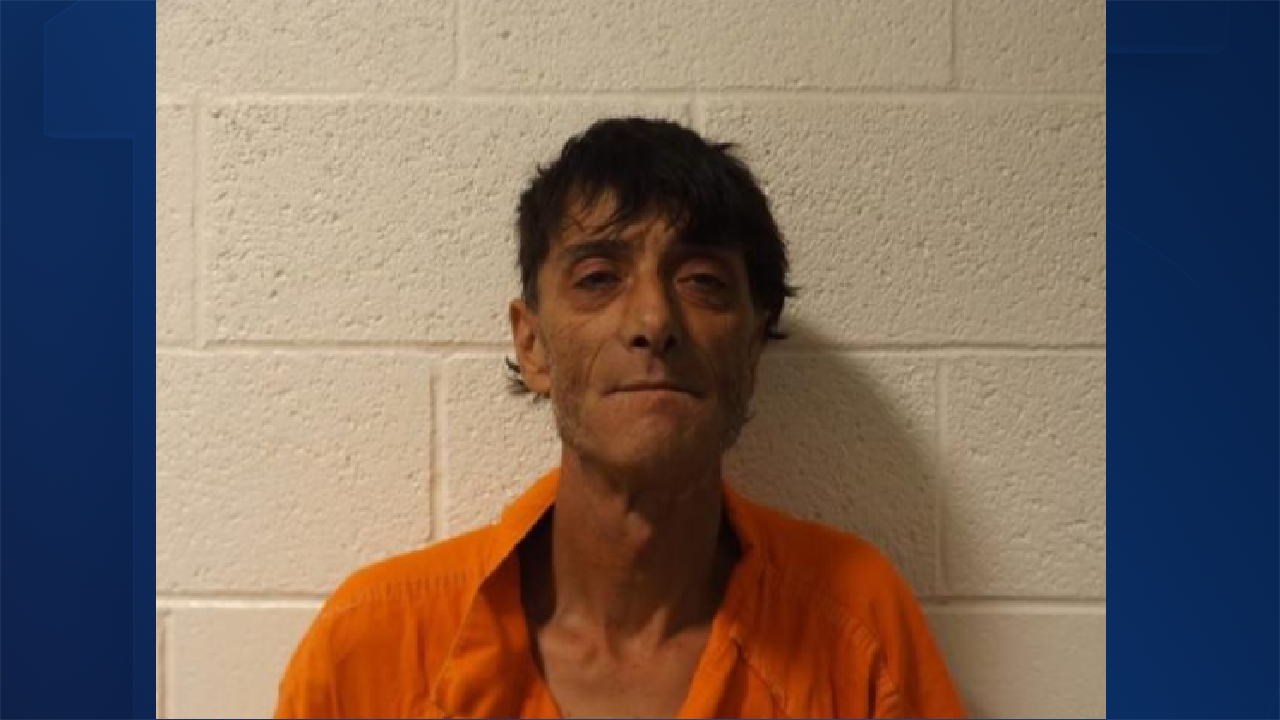 TAYLOR, AZ — The Snowflake-Taylor Police Department in northeastern Arizona said a "quick-thinking and brave" Walmart employee helped disarm a man after that man walked into the store on Monday morning and held an unknown number of employees at gunpoint.

At approximately 4:45 a.m., authorities received multiple 911 calls stating that a man with a gun had entered a Walmart Garden Center where employees were preparing to open the store for the day, police said.

Police said the suspect, later identified as Solomon Dominguez, 52, of Concho, Arizona, then held employees at gunpoint inside the store. He also called 911 and demanded to speak to an officer, the police department said.

As Dominguez was on the phone, he became "distracted" and set a 9mm gun on a store counter, where an employee managed to grabbed the gun, police said.

At that point, employees ran out of the store where police officers had already established a perimeter. A Special Response Team was able to get inside the store via a back door and take the suspect into custody without further incident, police said.

Dominguez was transported to the hospital with minor injuries and for an evaluation, a police spokesperson said.

No Walmart employees were injured, according to police.

“This type of situation is something that our community here in Snowflake and Taylor, doesn’t think a lot of times may happen here. This is a wake-up call for us that I am grateful for our support that we have here in law enforcement on this mountain," a police spokesperson said during a Monday afternoon press conference.

"We have a true brotherhood in which when one of us needs help, the rest come running," the spokesperson said, referring to a number of different police agencies and sheriff's departments who responded to the situation.

Dominguez faces several charges, including multiple counts of aggravated assault with a deadly weapon, kidnapping, disorderly conduct with a firearm, discharging a firearm at a structure, and first-degree burglary.

Police said they are still investigating a motive.

Dominguez is also a suspect in a situation last week in Navajo County.

According to a Navajo County Sheriff's Office press release, Dominguez is accused of brandishing a gun at a driver in the parking lot of the Concho Country Store. He is also accused of firing at least one round into the ground as the driver drove away.

He faces charges of disorderly conduct involving a weapon, endangerment, and aggravated assault with a deadly weapon in that case.

Concho is about 20-30 miles east of Snowflake.

Stay with abc15.com for the latest information and updates.