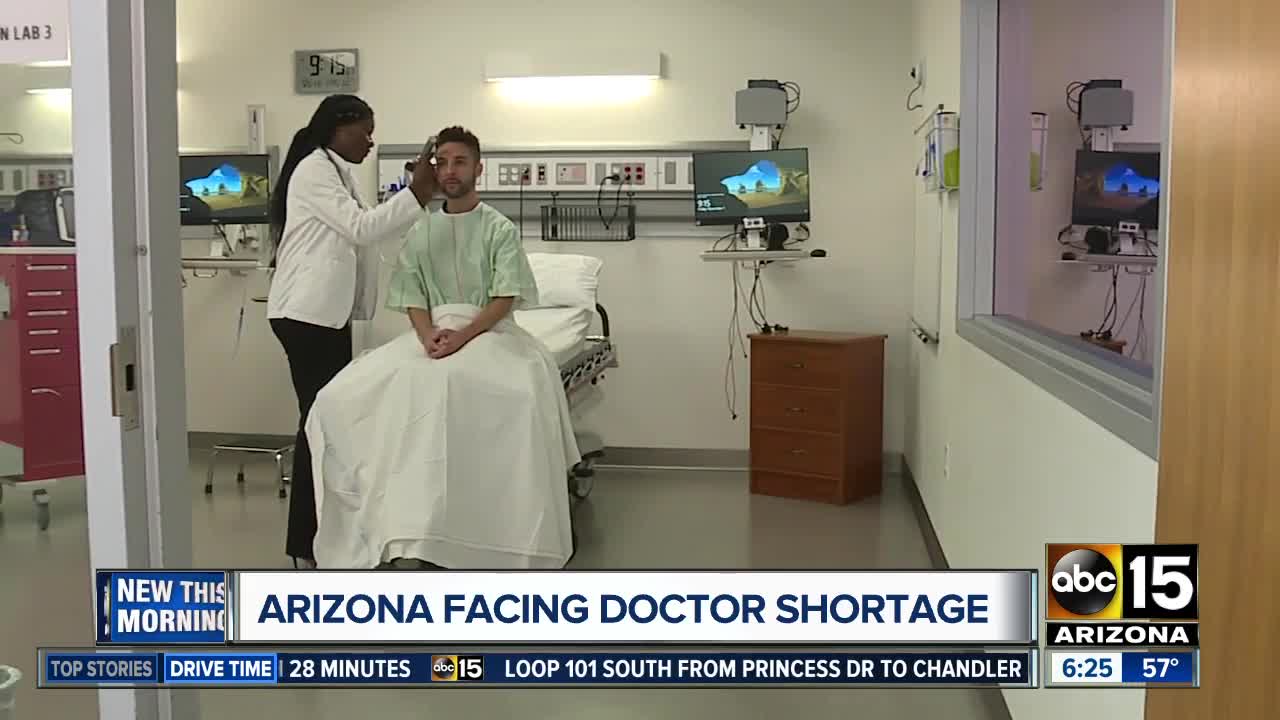 As Arizona's population continues to grow, an already dire physician shortage is expected to intensify within the decade. 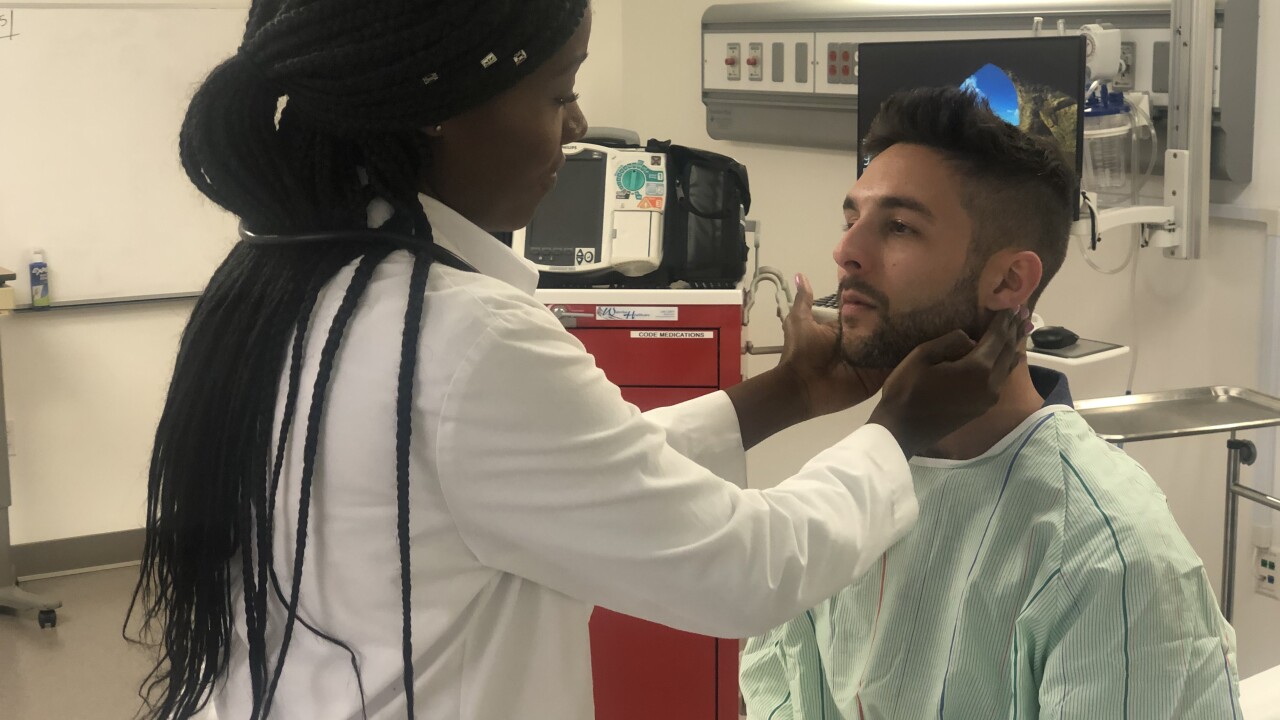 PHOENIX — As Arizona's population continues to grow, an already dire physician shortage is expected to intensify within the decade.

The shortage is part of a larger national problem. The United States will see a shortage of up to nearly 122,000 physicians by 2032 as demand for physicians continues to grow faster than supply, according to new data published by the Association of American Medical Colleges.

The need for physicians is felt more intensely in some states and localities than others. Arizona is facing shortages of primary-care physicians in all counties, and the issue is worse in rural areas, meeting under half of primary care needs.

According to University of Arizona research, Arizona ranks 44th of 50 states in total active primary-care physicians. Arizona is the fourth fastest-growing state in population, and Phoenix is the fastest growing U.S. city.

Guy Reed, the dean of University of Arizona's College of Medicine Phoenix, said there are two issues: Arizona doesn't have enough medical students or enough residency and fellowship programs to keep doctors in the state.

Reed compared Phoenix to Philadelphia, which now has a smaller population.

Reed said Arizona got started late, 60 years ago, with only one medical school in the entire state.

"We have to train at a higher level to make up that gap, especially because we're a growing population," said Reed.

AAMC data shows a growing, older population is a major factor in the shortage. A third of doctors will be older than 65 years old in the next decade. If they retire, it'll have a great impact on supply.

Reed said people in rural or high-poverty areas are already feeling the shortage, but in a decade, everyone will notice.

Agnes Ewongwo is a fourth-year student at the College of Medicine Phoenix. She said it'd be ideal to stay to do residency in Phoenix, but there's only one residency spot for radiology oncology in the entire city.

"My family is in Arizona. My mom, nephews, my significant other is also in Arizona and works here, so I would love to stay. But I'm applying to something that's very competitive, very specialized and limited," said Ewongwo.

Ewongwo applied for spots in dozens of other cities. She said even communities smaller than Phoenix have more options for residency programs.

"You could have three universities or hospitals in the same city that each have five spots," said Ewongwo.

Reed said Ewongwo's case is a prime example of why more residency programs are needed in Phoenix. UArizona numbers show that 75% of doctors that do residency in the state stay here to practice.

"We get some of our best and brightest students, we end up exporting to train somewhere else," said Reed.

Creighton University will also build a new 180,000-square-foot building that will eventually train about 120 doctors each year. It's expected to start taking students the fall of 2021.

But Reed said that's not enough to address the issue, and something needs to happen now because the training period for a doctor can take up to 10 years.

Training to be a doctor requires four years at a medical school and then three to seven years as a resident in a Graduate Medical Education (GRE) program. Those who want to go into a specialty like cardiology or pulmonology often continue their training with fellowships in their specialty.