Arizona's Electoral College voters urged not to back Trump 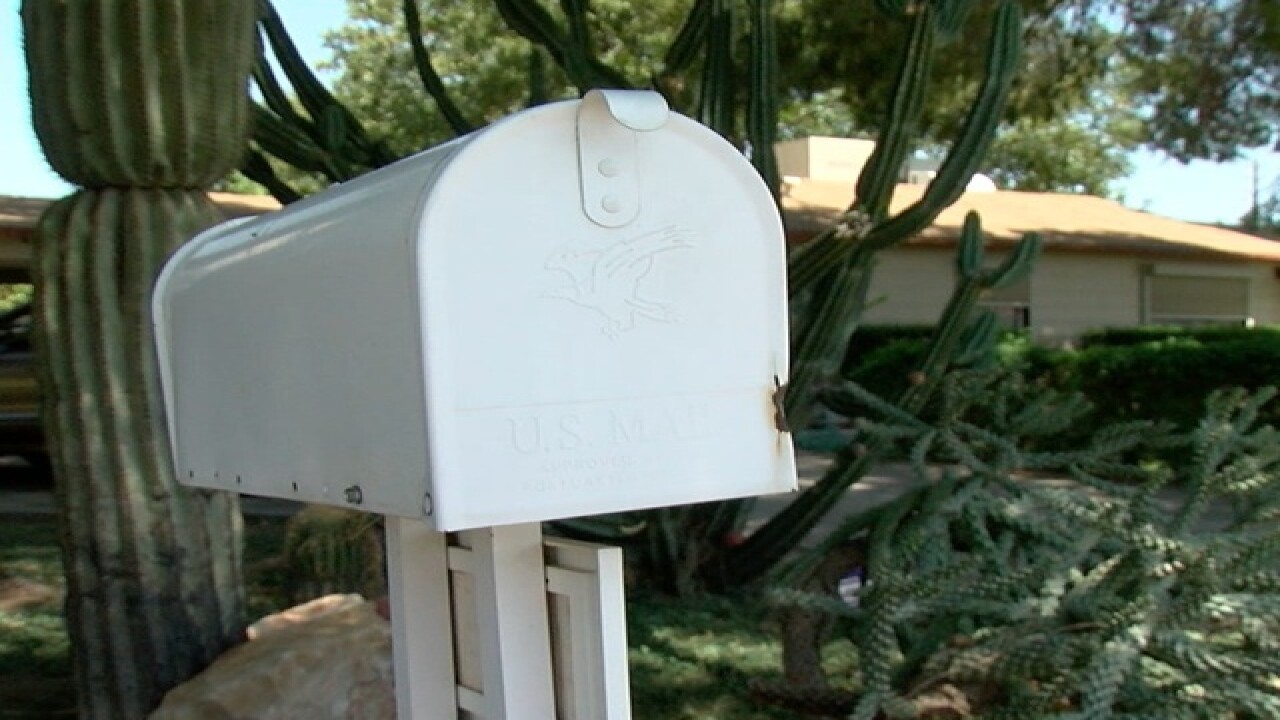 Arizona's 11 Electoral College voters have each been inundated with tens of thousands of emails, hundreds of letters and untold numbers of phone calls urging them not to cast their ballots for president-elect Donald Trump.

They say the anti-Trump effort is a waste of time, and that's a generous description of their reaction.

"We got a stack of letters from idiots," said elector Ed Robson, a Phoenix homebuilder.

The 11 electors are all Republicans because Trump won the Arizona election with 49 percent of the vote compared to Democrat Hillary Clinton's 45 percent. They were picked by the state party and will gather Monday to formally cast their votes.

All swore to party officials that they will back Trump, even though they're not legally bound to do so, and plan to hold to that pledge.

"I look at it this way -- when you're asked to be an elector, it's an honor and you should be humbled that you're being selected to represent your party," said elector and retired nurse Carole Joyce. "And when it's a presidential candidate who won the election for your party I can't imagine anything but voting for that individual."

Some opponents of Trump are planning protests across the nation as the electors gather, including at the state Capitol in Phoenix.

But the Arizona electors say they won't be swayed by the protests or email and phone call deluge. Some have contacted other electors to urge them to stand firm, but others say that's not necessary.

"I don't think there's any need for me to, because all the electors in Arizona, all 11, are voting for Donald Trump,' said Jane Lynch, a longtime GOP activist and former state party official. "There's no doubt about it, so there's no need for me to reach out to anybody."

The Associated Press interviewed eight of the 11 Arizona electors, part of a national effort to reach all 538 people who will vote on the presidency. The AP interviewed more than 300 -- quizzing them on the unique pressure they've received this year, their voting position and whether they believe the Electoral College needs to be changed because it does not reflect the national popular vote.

The universal answer on changes to the Electoral College among Arizona electors was that it should be kept as is because it helps reflect the nation as a whole.

"I believe that the electoral college was one of the most forward-thinking ideas of the founders of this country," said Bruce Ash, a Tucson businessman and Republican National Committee member. "It allows for the will of the people across the whole width and breath of this country to be properly represented in a presidential election. It is part of the reason that we have had the kind of leadership, both good and bad, through our country's history."

Arizona Republican electors have a recent history in holding their ground, even when it hurts their own party. In 2012, several party officials serving as Electoral College members for Arizona questioned President Barack Obama's eligibility to be president, voicing concerns that later drew disavowals from then-Gov. Jan Brewer and another Republican elected officials.

All 11 Arizona electors cast their votes in 2012 for defeated Republican nominee Mitt Romney, who won the state's popular vote. The slots are awarded to states according to the size of their congressional delegations and generally go to party loyalists and activists.

Then-state Republican Party Chairman Tom Morrissey and two current or former GOP county chairmen spoke up during the 2012 ceremony to voice doubts about Obama's eligibility as a native-born U.S. citizen.

"I am signing this document with concern about the legitimacy of the birth certificate that I have seen presented by Barack Hussein Obama," Morrissey said at the time.

This year, the state's electors are solidly behind the man who gathered the most electoral delegates on Nov. 8.

"I'm going to be voting for Donald Trump and the reason is, and I will give you the cliche -- he will make America great again, he is already," Mesa resident and elector Sharon Giese said. "He's doing a terrific job and he hasn't even been inaugurated yet."