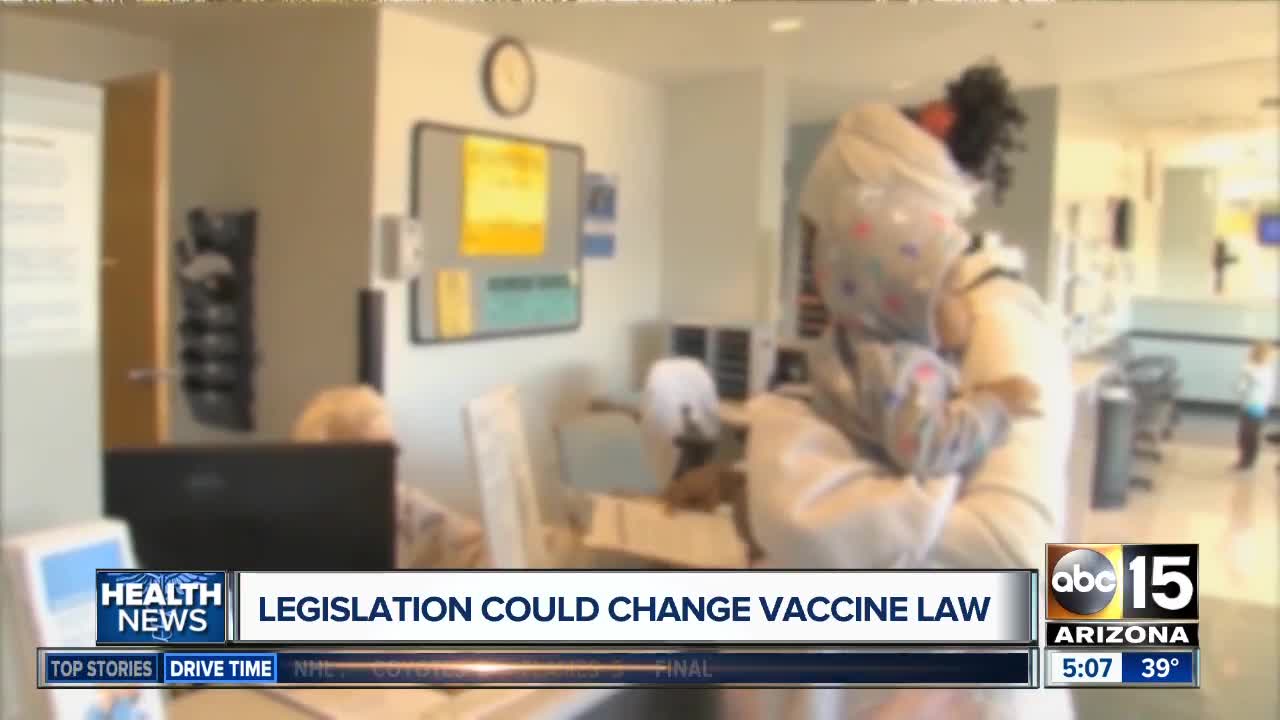 Several states have seen dozens of cases of measles. Arizona is not infected right now, but concern is knocking on our state's door. Our neighbors in California are reporting measles cases themselves. Now, some of that concern could spark new laws. 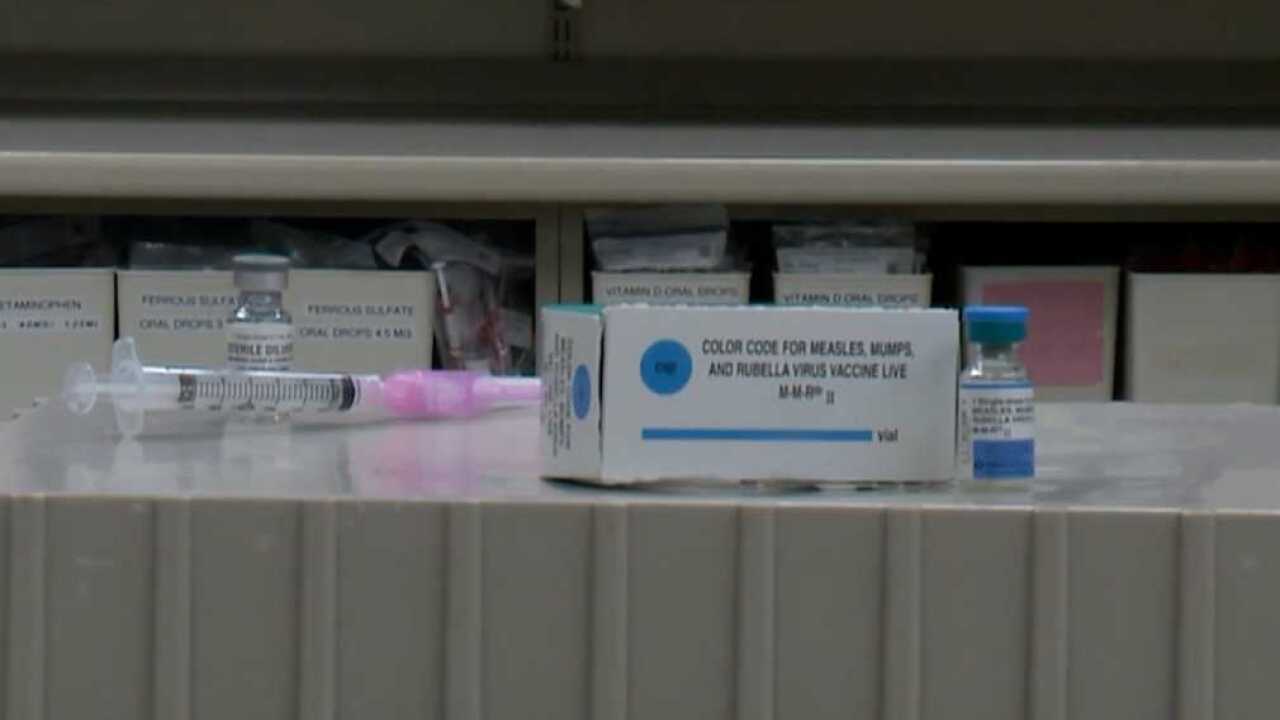 GILBERT, AZ — Several states have seen dozens of cases of measles. Arizona is not infected right now, but concern is knocking on our state's door.

Our neighbors in California are reporting measles cases themselves. Now, some of that concern could spark new laws.

One of them is extremely concerning to East Valley mother Brandy Williams.

Arizona is one of 17 states that allow parents to exempt their kids, based on personal opinion, from receiving vaccines before entering the classroom.

House Bill 2162 would take that right away.

"I wish my son could have taken these vaccines just fine and we could have lived our life," Williams said. That is why the Gilbert mother said the term "anti-vaxxer" does not describe her.

Williams said she is the parent of a vaccine-injured child. Her 1-year-old son had a reaction after a routine round of vaccines.

"My son's injection site grew half the size of a chicken's egg," Williams described. "It was hard and hot to the touch."

Later on, her son was deemed to be severely autistic, among other illnesses.

Now, her name is among a list of parents who are against the bill.

"There's also exemption for medical exemptions... nobody has any dispute with that. That's fine," explained Executive Director of the Arizona Public Health Association Will Humble. He is in support of the bill.

He explained that the medical exemption would still stay if this bill passed. That means a doctor could sign off on the "opt-out option" if they believed the vaccine would be unsafe.

But, Humble said with each personal exemption being allowed in our state, that means the community is losing out on what's called herd immunity.

"If you get a vaccination rate of say 95% - 96%, it's virtually impossible for measles to propagate in a community because enough people are vaccinated," Humble described.

Humble said that vaccinations rates have dropped about 0.5% over the last five years or so. That may not seem like a lot, but Humble said that number is really adding up and could make a difference.

"I'm afraid that we're going to (have) a Washington state-like outbreak that's intractable and difficult and goes on for a matter of months before folks will realize that this is an actual problem," Humble said.

Humble said he believes this bill should pass, but does not believe it will this year. However, he does believe that personal exemption will go away eventually, as it did in California back in 2015.

Here in Arizona, there are other bills in the legislature that could impact vaccines.

Another is House Bill 2471. This one would require that doctors to inform the parents of minor patients of the risk and rewards of each vaccine.

House Bill 2470 would expand the religious exemption for students in the state.

Both of these two bills will be brought before the legislature this week.