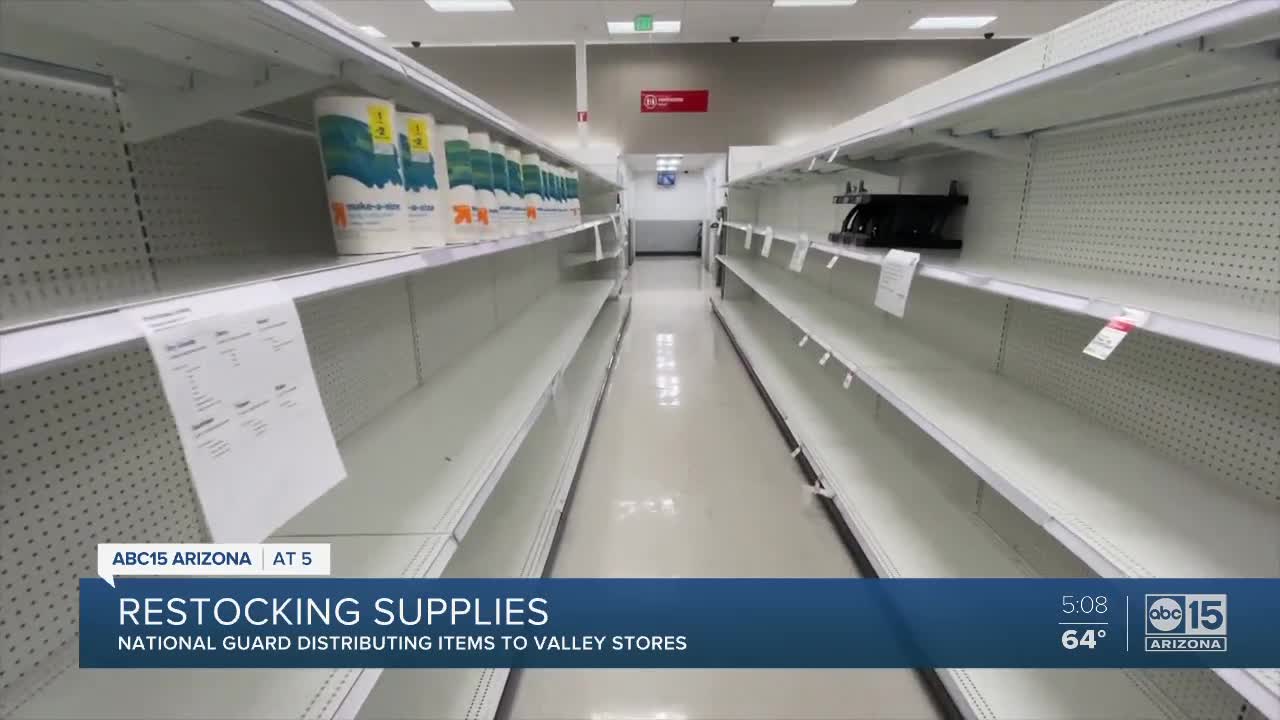 The Arizona National Guard is now restocking stores across the Valley try to help with demands. 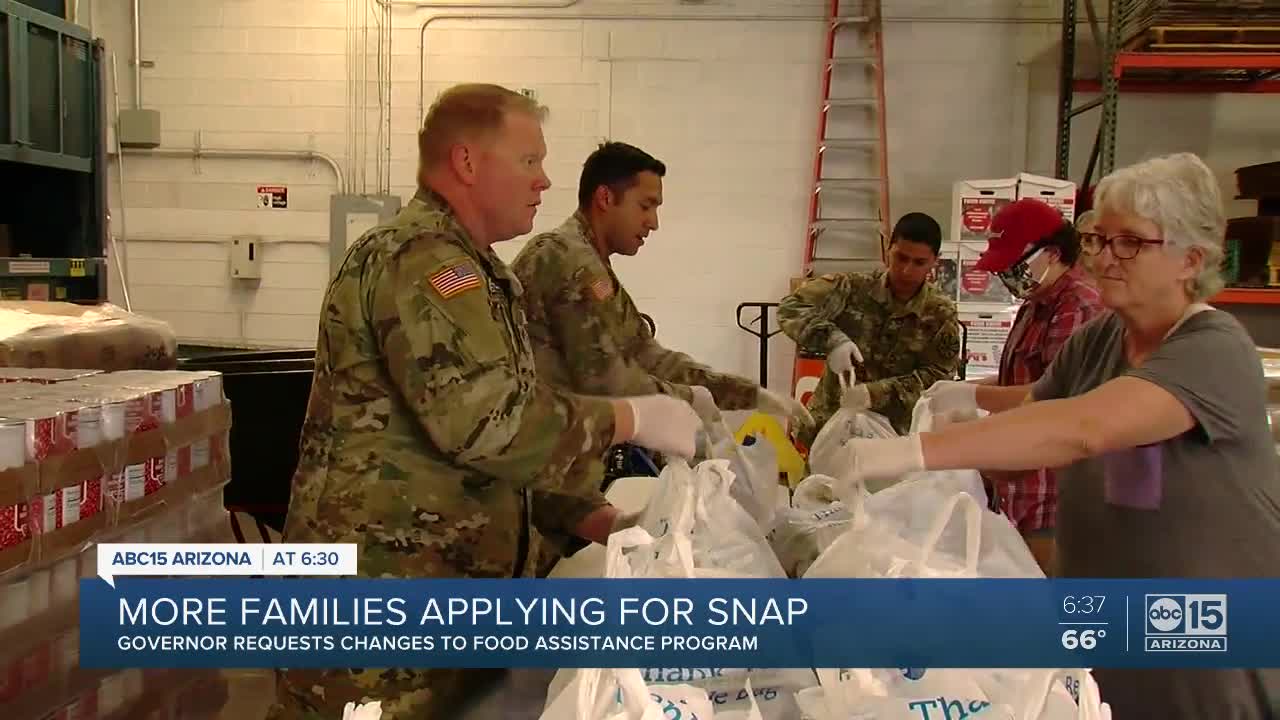 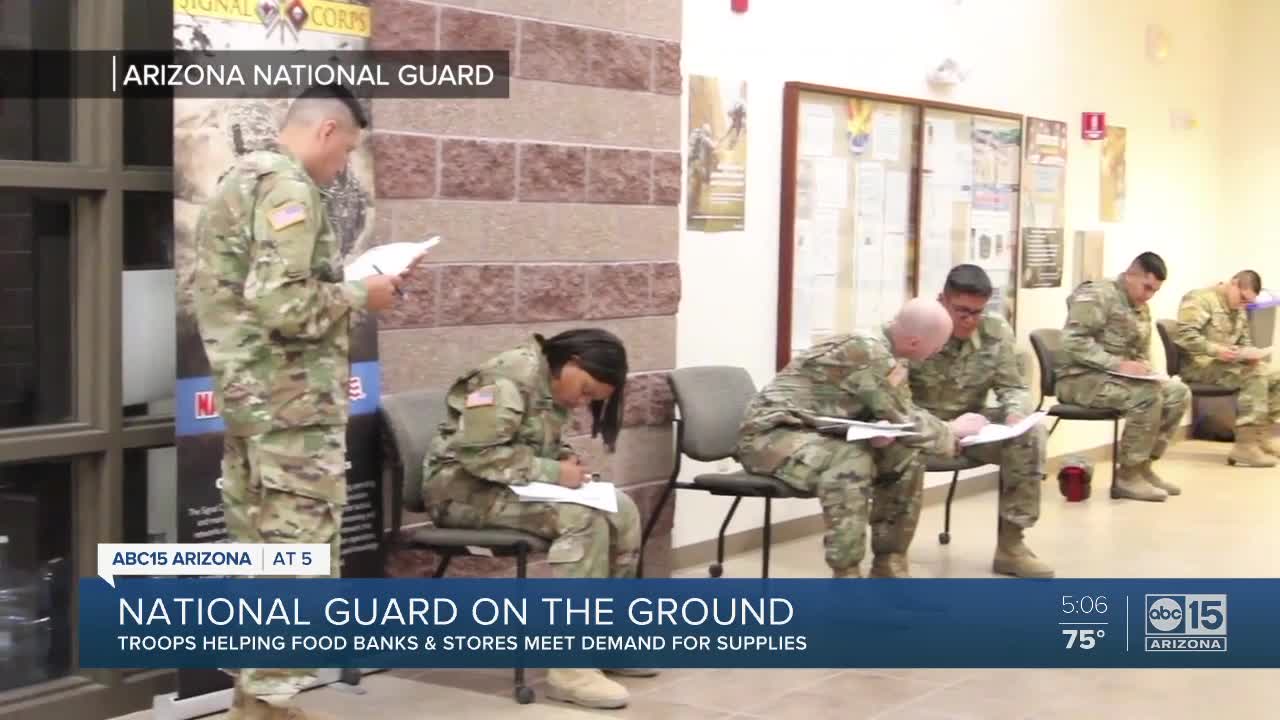 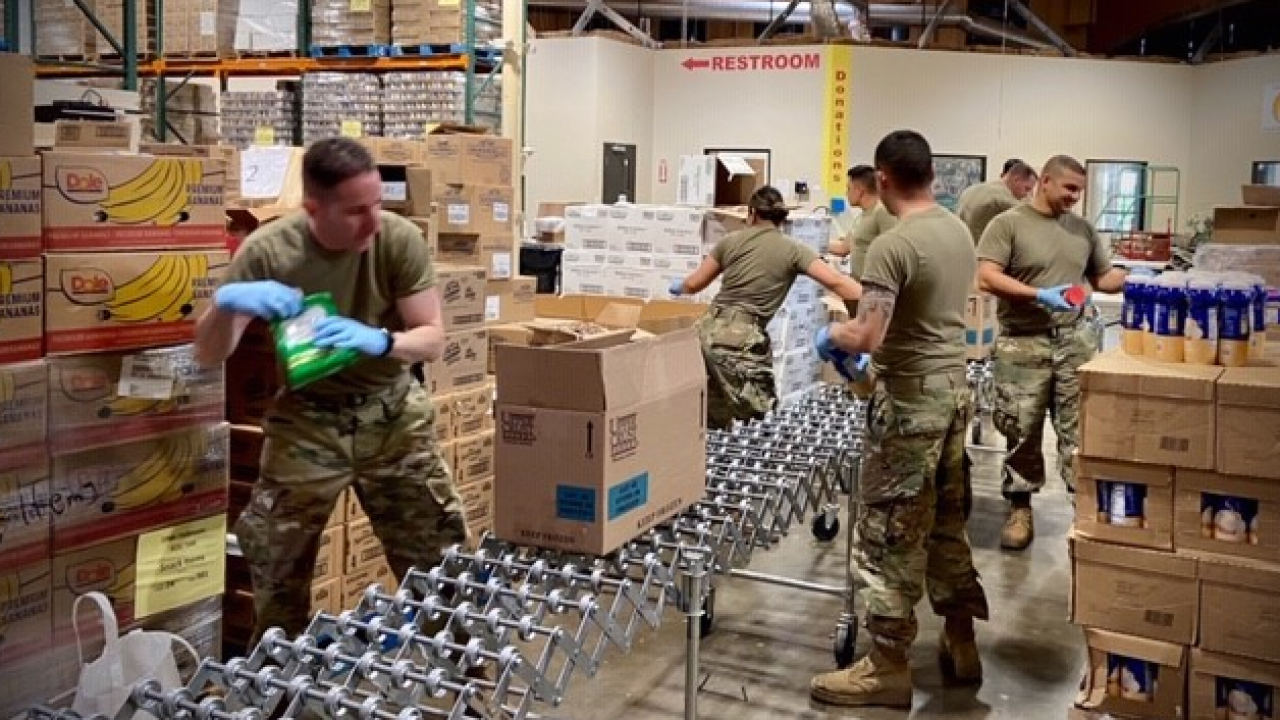 The Arizona National Guard is on the ground, helping food banks and grocery stores keep up with the growing demand for supplies.

They showed ABC15 inside their Taskforce Logistics Operation Center on Tuesday, where troops are receiving orders on which locations they’ll be serving.

“That request is immediately processed on the military side and we apply the resources that are required to meet the customer’s needs in about a 24-hour cycle,” Lieutenant Colonel Nathaniel Panka said.

One mission that took place on Wednesday was at St. Mary’s Food Bank.

The Arizona National Guard says they'll be fulfilling requests until companies can hire on enough workers to fill the gap.