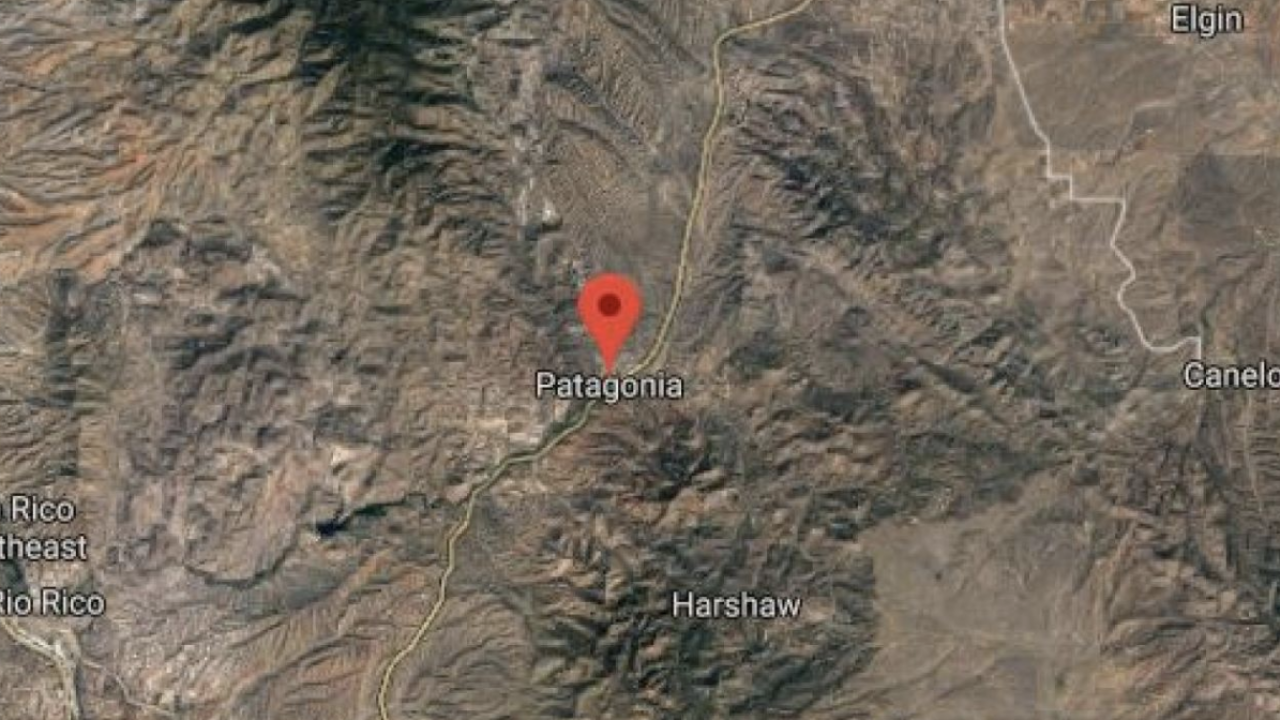 PATAGONIA, AZ — A confrontation between an intrepid 12-year-old reporter and an Arizona marshal has ignited a debate about press freedom, with social media mostly branding one brave and the other a bully.

Marshal Joseph Patterson, who serves the border town of Patagonia, said Friday that he has received hundreds of calls to the marshals' office, including death threats, since a young journalist alleged that he threatened to put her in jail.

"If I get hurt, that's on me. I signed up for this job a long time ago," Patterson told The Associated Press. "However, I don't need help from a 12-year-old girl and the internet."

Hilde Kate Lysiak posted video from their interaction Monday in Patagonia, roughly 20 miles (32 kilometers) from the Mexico border, on her newspaper's website , Orange Street News. She was on her bicycle following a tip when Patterson stopped her, Lysiak wrote. The young journalist identified herself as a member of the media and gave her name and phone number.

That's when Patterson made a remark about not wanting to hear about press freedom and threatened to arrest her, according to Lysiak.

The video begins with Lysiak on her bicycle asking Patterson, who is sitting in his patrol vehicle, why he said she "could be thrown in juvie."

"What exactly am I doing that's illegal?" Lysiak asked.

He then asks if he's being filmed.

"You can tape me OK but what I'm gonna tell you is if you put my face on the internet, it's against the law in Arizona," Patterson says.

He then warns her that she can't follow law enforcement around even if she's a reporter. Patterson goes on to say it's for her own safety because there was mountain lion in the area. According to Lysiak, other people in the area at the time were not stopped or questioned.

Patterson then accused the girl of lying about going to a friend's house before following his vehicle. The conversation ends with him promising to call her parents.

According to Patterson, it was not his first interaction with her. He also said at no time did he lie to her.

"She asked me a question, `If I could be arrested,"' Patterson said. "I know the First Amendment. I get it. But you can't interfere with law enforcement."

He also reiterated that it is a felony in Arizona to put the information of a law enforcement agent on the internet.

In a statement on the town's website, officials said they had gotten numerous comments on the incident. Officials said they reviewed the matter and "have taken action we believe to be appropriate for the situation."

Lysiak, who declined interview requests Friday, said on Twitter that she is glad the town acted. However, she cautioned against retaliation by circulating personal information about Patterson online.

"My focus is on protecting our First Amendment Rights," she tweeted.

Dan Barr, a lawyer with the First Amendment Coalition of Arizona, said there's no law that prohibits filming law enforcement doing their job, especially if they're in uniform. People can't impede them from doing their job such as physically being in the way. He said he didn't see anything like that in Lysiak's video.

"What I saw was a 12-year-old girl. She's riding her bike to cover a news story," Barr said. "You can only wonder what she's going to do as a reporter four years from now when she gets her driver's license."

The statute Patterson referred to applies to public information such as home addresses of law enforcement agents or judges, he added.

Lysiak started her own newspaper to cover news in her hometown of Selinsgrove, Pennsylvania. It wasn't immediately clear what brought her to Arizona. The youngest member of the Society of Professional Journalists, she received kudos from the organization.

"She is holding the powerful accountable and demonstrating the qualities of a good, ethical, persistent journalist," President J. Alex Tarquinio said via the group's Twitter page.

This is not the first time Lysiak, whose father is a former New York Daily News journalist, has received attention for her reporting. In 2016, she beat out other local media outlets with a story about a homicide in her neighborhood by interviewing residents.