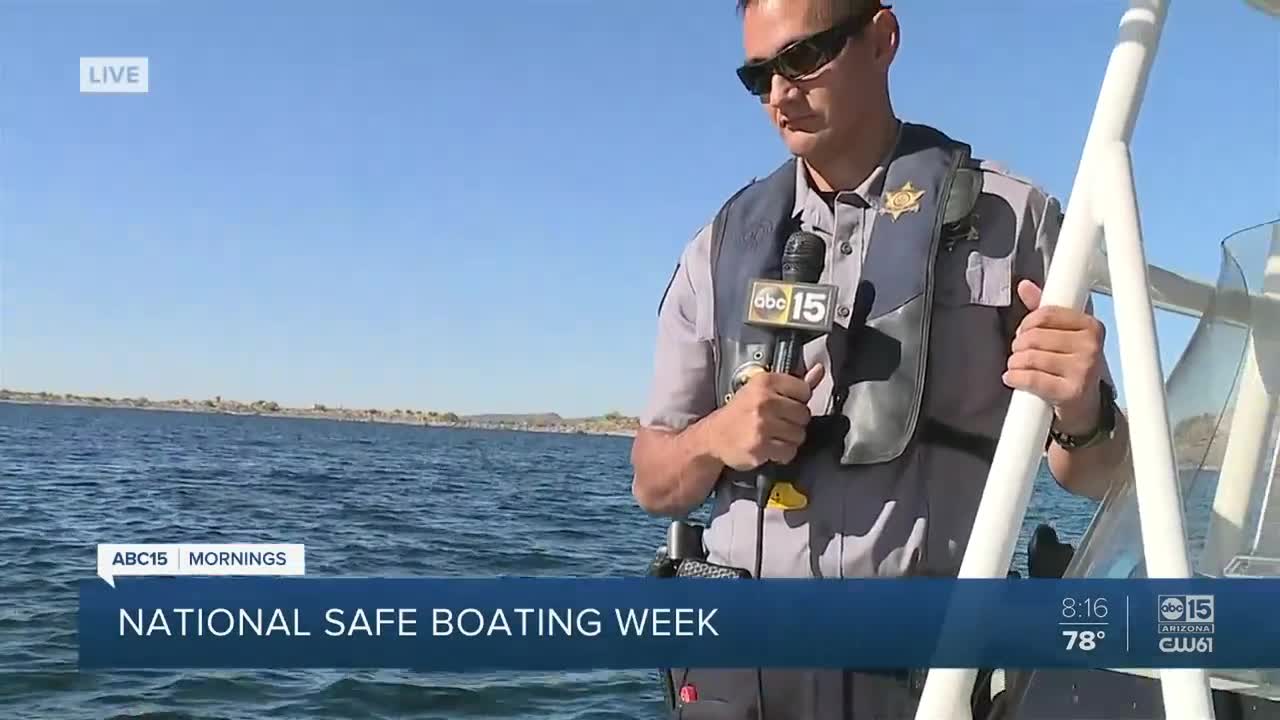 It's National Safe Boating week and the Arizona Game and Fish Department is reminding residents to always wear a life jacket while boating.

PHOENIX — It's National Safe Boating week and the Arizona Game and Fish Department is reminding residents to always wear a life jacket while boating.

According to AZGFD, statistics show drowning was the reported cause of death in four out of every five recreational boating fatalities in 2018. They say 84% of those who drowned were not wearing a life jacket.

They also want to remind boaters not to drink and drive.

Along with the lake, more people are also heading to the pool. The Glendale Fire Department is reminding adults to supervise their children, put up barriers if you have a backyard pool, take CPR classes and have your children take swimming classes.

"We've talked about even having the kids come together and make a water watcher tag," Ashley Losch with Glendale Fire Department said. "Maybe you have a teenager at home as well, when you're out by the pool, someone is designated to watch the kids. Even if it's mom putting on the necklace to watch the kids in the pool, we've made it together, we've designated that and that says we're going to put the phone aside. We're going to put the distractions aside and I'm focused on you."