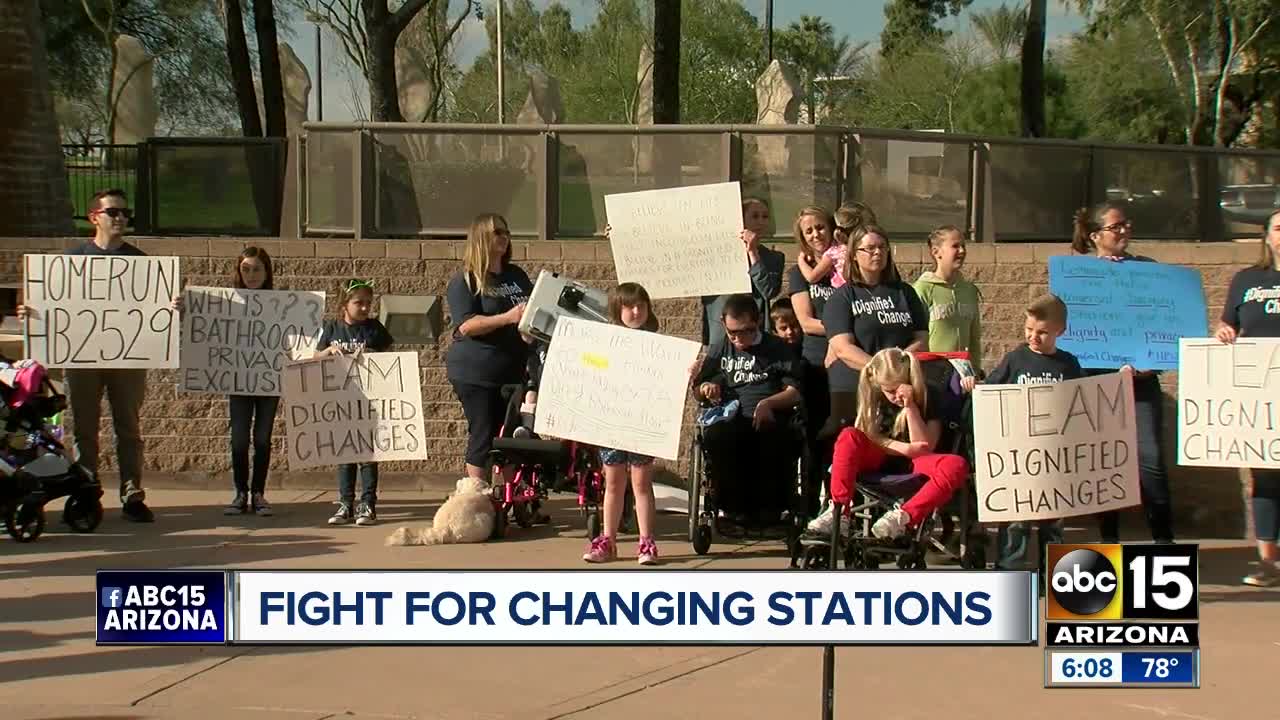 The bill would require public restrooms that are renovated or newly-built have a changing station that can serve for babies or adults. 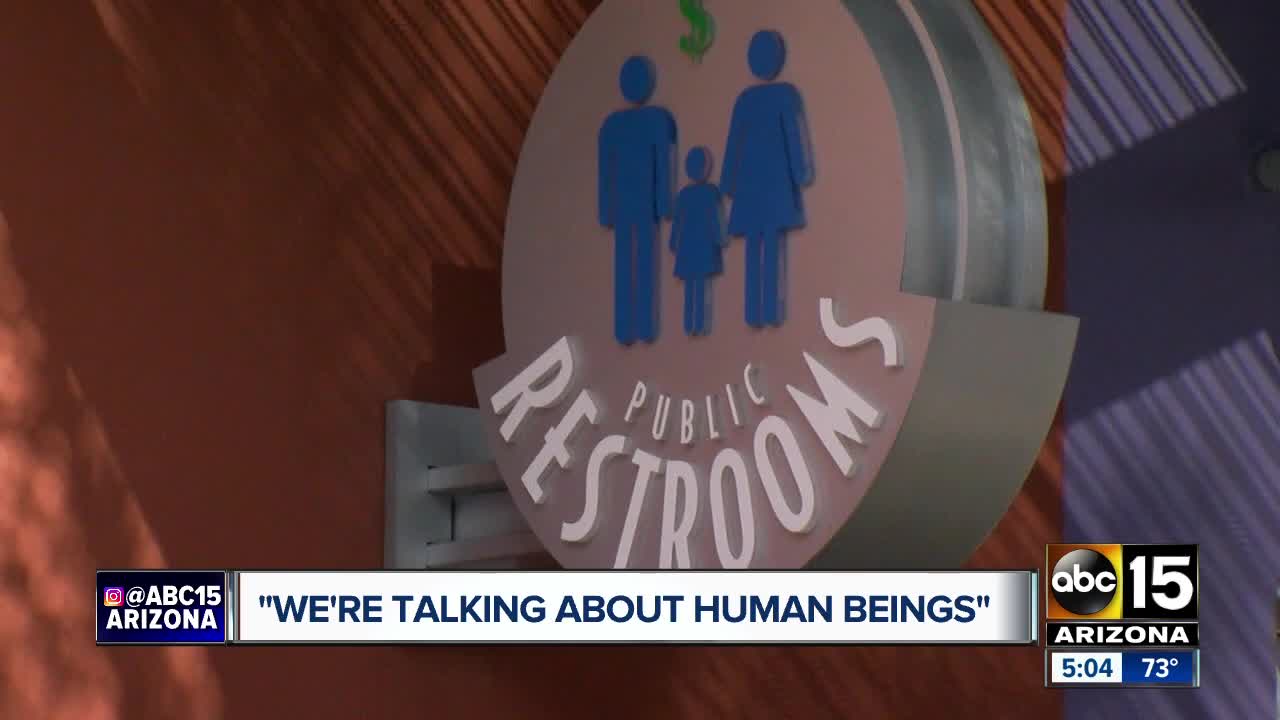 PHOENIX — Supporters of a bill that would require many public restrooms in Arizona to have a changing station for both babies and adults hope it finds a path forward.

HB2529 would require new (publicly funded) public restrooms, and public restrooms that undergo a renovation more than $10,000, to have a changing station that can serve both a baby and adult. It would not require this of the "private entity".

The bill passed through the Health and Human Services Committee but has stalled out in the Rules Committee.

“While I support the goal of HB 2529, more information is needed on its fiscal impact before I’m comfortable with the House Rules Committee considering it," Kern said in a statement. "I also generally don’t believe that government mandates are good policy.”

The bill's sponsor State Representative Richard Andrade of Phoenix isn't buying Kern's reasons. The Rules Committee is supposed to decide if a bill is constitutional. "It's another roadblock because if you listen to the stories you'll quickly realize why are we worried about money."

Fearing Kern will kill the bill, Andrade says he has gone to Republican Representative Nancy Barto and asked her to sponsor the legislation next session.

Andrade says, "Republicans do get their bills heard in committee. They get them passed. This is how strongly I feel. It's not about me."

Among those who are hoping the bill finds new life are mothers like Marianne Scott, who has a 17-year-old daughter with cerebral palsy. Scott says finding a place to change a diaper is often very difficult and requires the use of the bathroom floor.

"Even some of my closest friends weren't aware that we have to do this," Scott said. "That when we leave our house we have to really figure out where we're going to change her."

A spokesperson for Kern says the Chairman has broad authority to set the committee's agenda. That includes what bills the committee considers.