The agency said Friday on a website for federal contractors that a request for bids would be published on or around March 6. Companies would have to submit "concept papers" to design and build prototypes by March 10.

Click on the icons in the image below to learn more about 4 of the major takeaways from the new border wall plan, including areas of initial wall building. 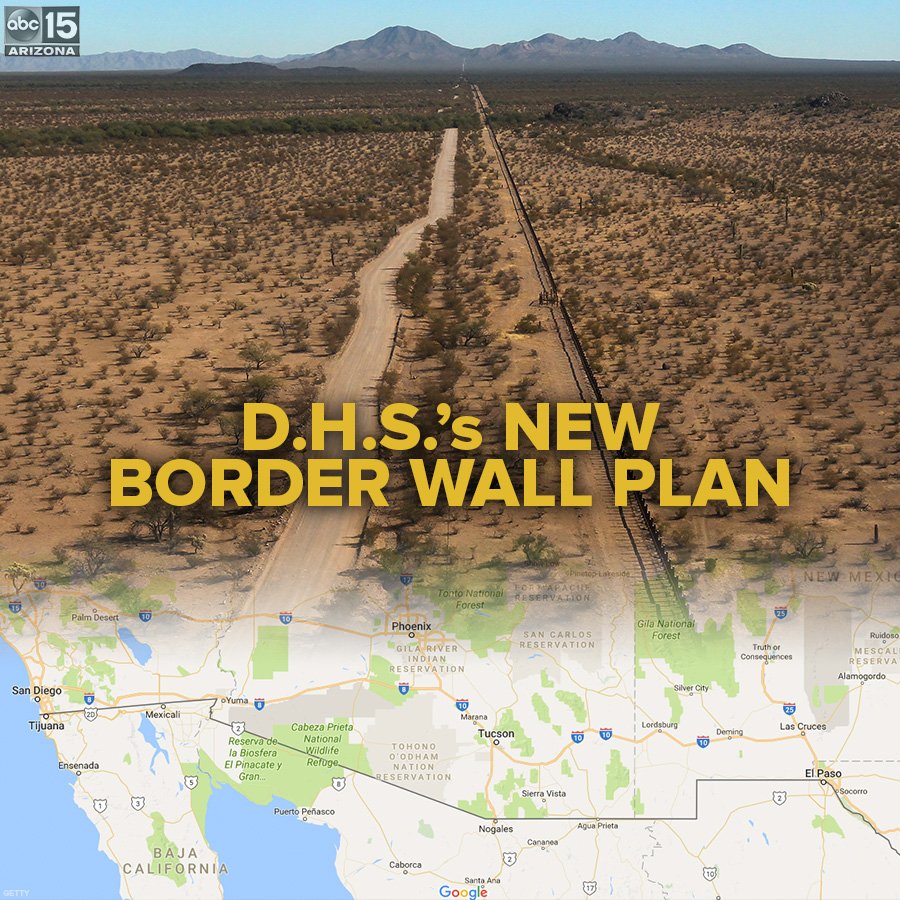 Below are some of the major takeaways from the DHS's implementation plans for the southern border wall:

CBP will narrow the field by March 20 and require that finalists renew their offers by March 24, with a price attached.

The timetable shows that Trump is aggressively pursuing plans to build what he calls "a great wall" on the 2,000-mile border with Mexico.

Trump told the Conservative Political Action Conference on Friday that construction will start "very soon" and is ahead of schedule.