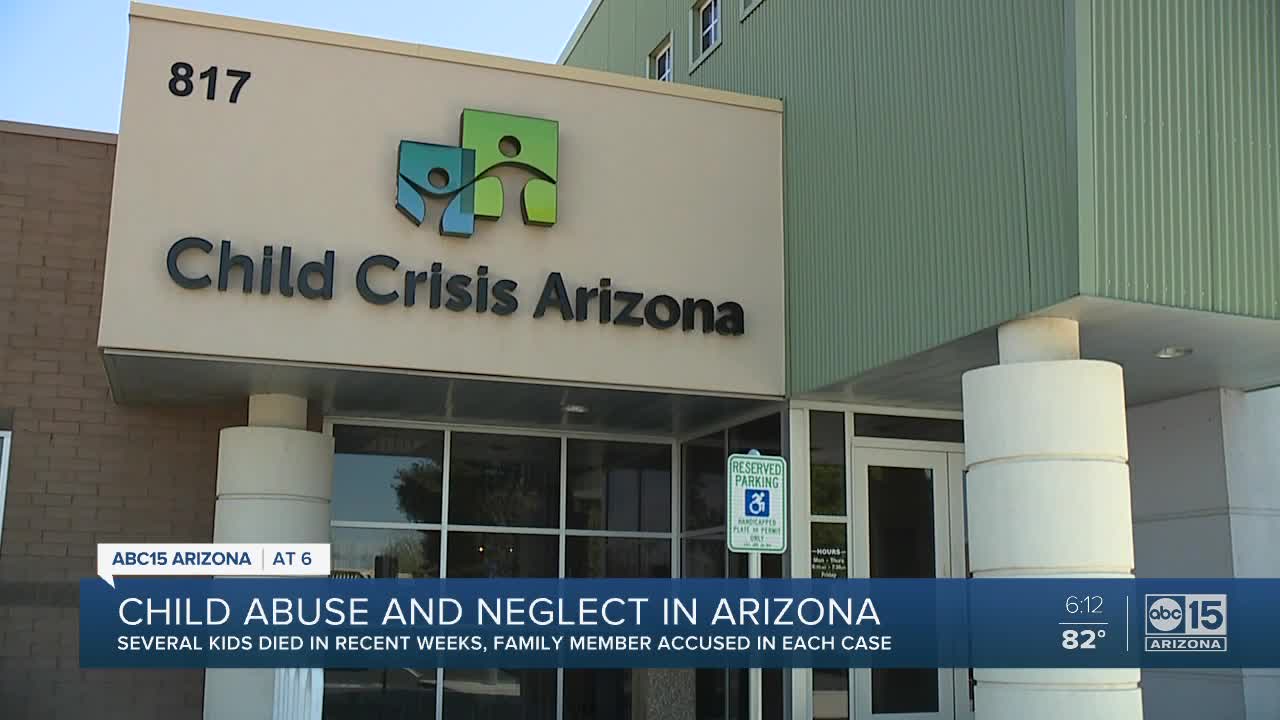 A newly-released 911 call and police report detail the tragic circumstances surrounding the death of a 6-year-old Flagstaff boy who police say was kept in a closet, and child advocates say it's something that's all too common.

PHOENIX — A newly-released 911 call and police report detail the tragic circumstances surrounding the death of a 6-year-old Flagstaff boy who police say was kept in a closet, and child advocates say it's something that's all too common.

Flagstaff police were called to the apartment earlier this week for an unresponsive child, who was ultimately pronounced dead on scene.

A grandparent who called 911 told the operator she believed her grandson had passed away.

Police told ABC15 earlier in the week the parents and grandmother were arrested for first-degree felony homicide.

According to police, the parents admitted the boy and his brother were kept in the closet because they were "stealing" food.

In a newly-released police report, officials say the boy was apparently kept in the closet for roughly 16 hours a day, and in the days before his death, only fed oatmeal and a cheese and bread sandwich each day.

This case is just the latest in several suspected child abuse cases recently in Arizona.

A 4-year-old boy died in Clarkdale, and back in January a mother was accused of smothering her three children to death.

Family advocates say it's difficult to see these types of cases.

"It's completely heartbreaking to see these stories," said EJ Hughes, with Child Crisis Arizona. "And they're becoming all too common."

Hughes isn't connected to, and can't speak to, the above-mentioned cases, but says Child Crisis Arizona remains focused on preventing abuse and neglect.

"Our overall vision is safe kids and strong families," he said.

Child Crisis Arizona serves 300 kids daily in early education programs. They also can send food home with the kids for the weekend. In addition to the child programs, the organization offers free classes for parents.

"So if it's stress, if it's divorce, if it's communicating between partners, we have classes that will help make parents successful," Hughes said.

ABC15 also asked if some parents, perhaps, are afraid to ask for help.

"There's a stigma with being a parent and being a bad parent per se," he said. "We open our doors to every single parent...more times than not, you find that other parents are having the same struggles we are."

To inquire about resources through Child Crisis Arizona, you can find information here.