Memorial Day weekend life hacks: We put them to the test! 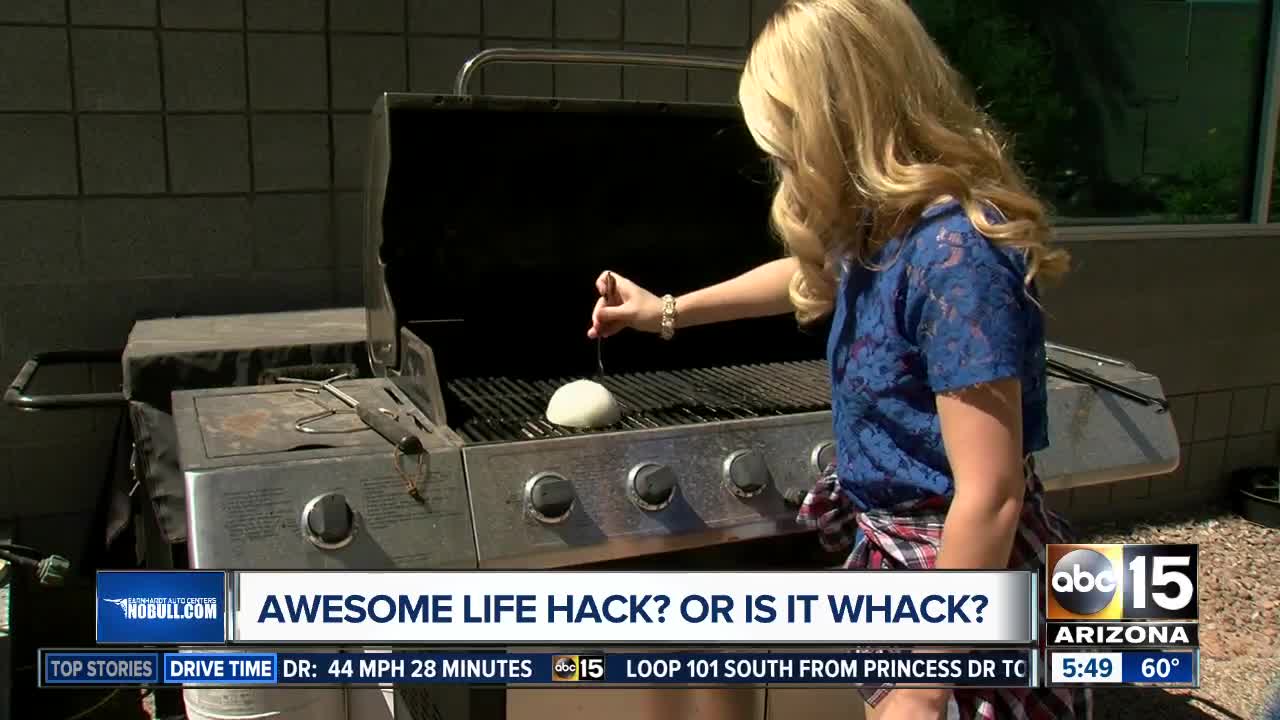 Do these tricks make your life easier?

Life hacks are supposed to make things easier. That is, if they work! So, we are testing some out that should come in handy for your Memorial Day weekend.

According to Wallet Hub, 60% of Americans plan to barbecue over the Memorial Day weekend and 818 hot dogs are consumed every second from Memorial Day to Labor Day! That's seven billion in total! So, we're testing out a life hack to grill the perfect hot dog!

You can make spiral dogs by sticking in a spear and cutting the hot dog down to the center while rotating it. Click here to see it done, and hear the perks of why it might be better. When we tried it and compared it, a regular hot dog got uneven grill lines, but the spiral dog stayed straight and was more thoroughly cooked. Plus, when you fill the bun with condiments, they go in the ridges of the spiral, making it less messy. Our photographer said the only odd thing about the spiral dog is that when you take a bite, it is more springy and stretches out of the bun. He didn't seem to mind though and said it tasted better!

Where does it rank on our "Bull or No Bull Meter", we chose- NO BULL!

For cleaning the grill, we tested a natural option. We cut a white onion in half, put it face down on a hot grill, and used a fork to rub it on the grime. Compared to a scrubber, it did the same job loosening up the baked on grit! Click here to see more on the onion hack (scroll down) and several others.

We're going with NO BULL for that one!

You can't forget the pool fun!

A storage container with ice and drinks is supposed to float, but does it? YES, it does! We even dumped in ice all the way to the top, but it glided along the water with ease! Now, you don't have to leave the pool if you're feeling a little parched.

If you don't have a pool, but want to cool down, we tested a hack to make a DIY sprinkler. You take a pool noodle, taped on one side, and poke holes through it wherever you feel so inclined. Stick a hose through the open end, and turn on the water!

I'm going with, NO BULL! That would be a fun way to cool down! Though, I would suggest you either tape the end where the hose goes into the pool noodle, or just make sure you don't turn the water on the highest pressure. Otherwise, the water could come out the end the hose is going into, and the fountain effect isn't as strong.

Click here to see these and more water hacks!

DISCLAIMER: We have not tried the following hacks, but they look awesome!

Click here to turn your watermelon into a fruit bunch bowl with a beverage dispenser, and peel your potatoes with power tools.

Click here to see how to cook your corn in a cooler.