Bull or No Bull? Testing hacks to help you beat the heat! 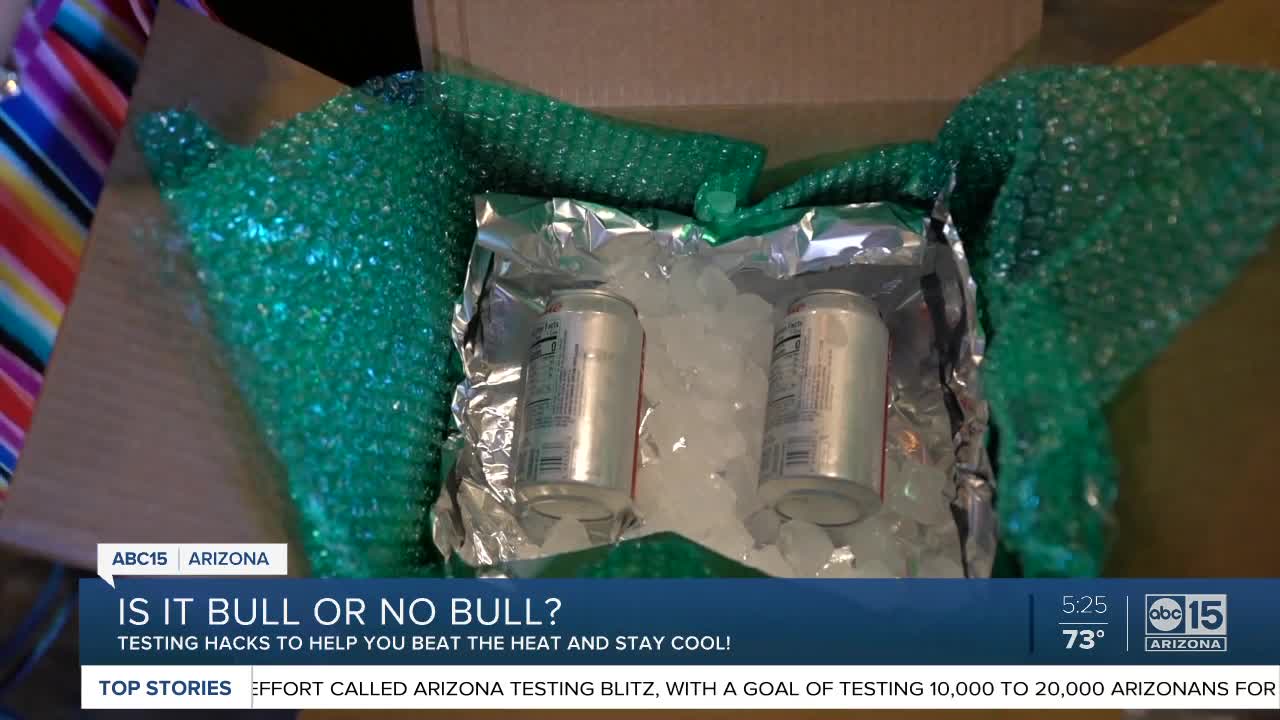 Bull or No Bull? Hacks to beat the heat and stay cool 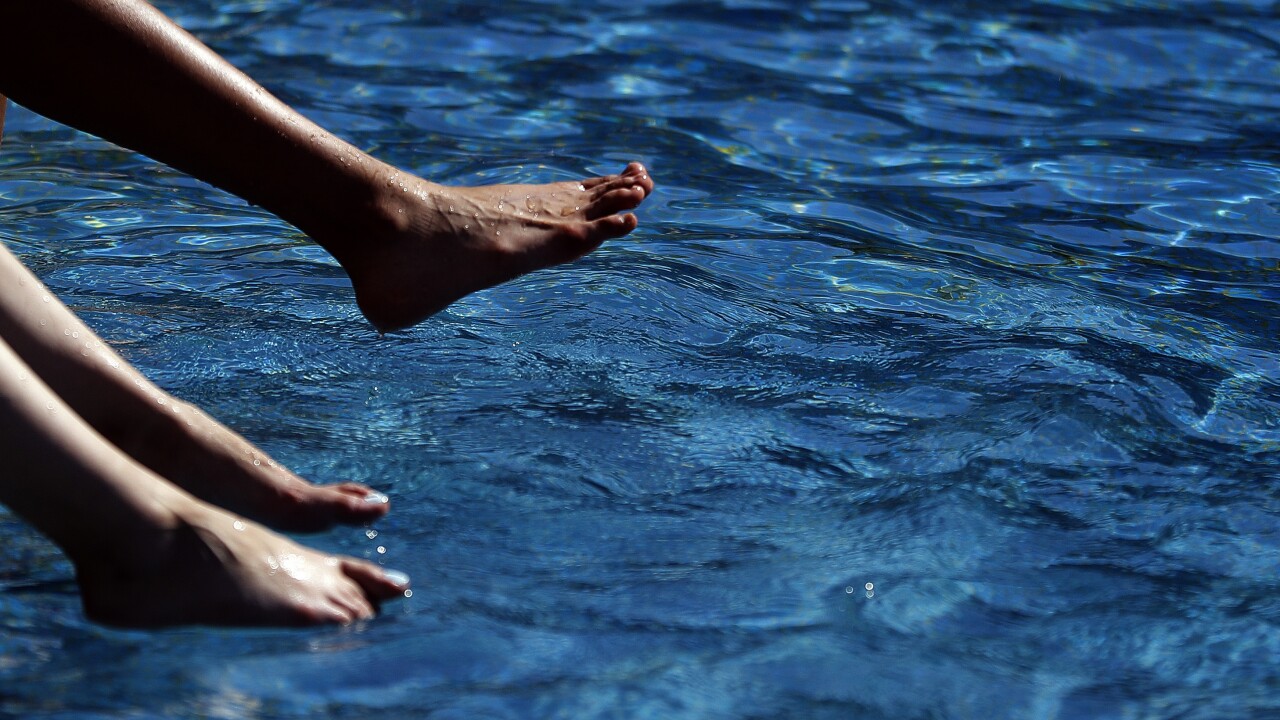 Let's face it. It's HOT outside, and I want to help you beat the heat. So, today, we're going to test some hacks that are supposed to do just that. I'll let you know if they're Bull or No Bull!

TURN A CARDBOARD BOX INTO AN ICE CHEST:

No ice chest? No problem! Well...maybe!

Several places online feature a hack where you can turn a cardboard box into an ice chest! So, we tested our own version!

We placed Bubble Wrap inside a cardboard box, overlapping the two sheets to cover the bottom and inner sides. Then, we covered the bubble wrap as much as possible with foil.

We took four cans of soda out of the refrigerator, and after about a minute of sitting on the counter, they were around 55-57 degrees. We placed two cans into the makeshift ice chest and two cans into a traditional one. We added ice to both, closed the lids, and placed them outside.

If we had more ice at home and tested this again, covering the drinks completely, I think this could be NO BULL! But, I’ll let you decide for now. Give it a try, and let me know what you think! It could make for an inexpensive option!

I've always been curious about something. When it comes to ice water, does it cool faster to swirl the cup around or to just let the ice sit and melt?

We filled the first glass with ice, water, and then set it on the counter. We took the temperature, and it dropped from around 40 degrees to 33 degrees in about one minute.

We filled the second glass with ice, water, and then swirled the drink, while also simultaneously taking the temperature. Immediately, the temperatures dropped from around 40 degrees to 31 degrees.

Since the first glass took about one minute to cool, and the second glass took only seconds, I'm going with NO BULL when it comes to this hack! So, the next time you want an iced beverage to get colder faster, give the cup a little swirl!

A while ago, I did some other tests to help you cool down! Click here to see the video and article. Scroll to around 1:03 in to watch how the following hacks are created.

I took a plastic storage container, filled it with ice, added drinks, and plopped it in the pool. Ta-dah! You can create a floating ice chest that way!

MAKE A SPRINKLER OUT OF A POOL NOODLE: NO BULL!

I also show you how to make a DIY sprinkler out of a pool noodle. Simply tape one end with duct tape. Then, poke holes in the pool noodle. We used a skewer to do so. Lastly, place a gardening hose through the noodle, and turn it on. The water comes out of the poked holes, and could be a fun way for kids to play and cool down at the same time.

Click here to see some other ways to cool down from Household Hacker. They also have a version of the cardboard box ice chest you can try.

Also, I just want you to know I've been receiving your recommendations of what to try next, and I love hearing from you! So, please keep me posted on your ideas.