Body camera shows wild police shootout on I-10 near Tonopah 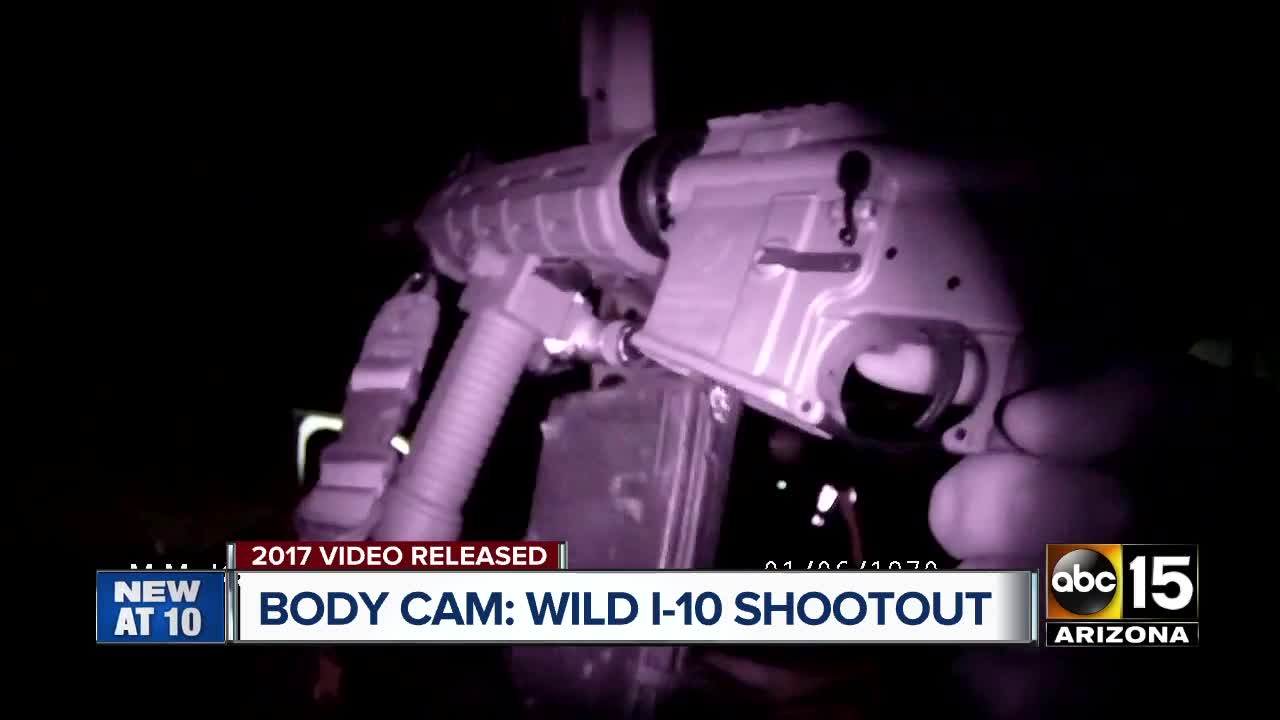 Wild chase toward the California border ending in a massive shootout on Interstate 10.

The initial battle took place in November of 2017 at a rest stop off I-10 near Tonopah.

DPS Troopers, La Paz County Sheriff's Deputies and Border Patrol agents were all involved in the massive firefight that lasted more than 30 minutes. So many AR rounds were fired, multiple law enforcement officers ran out of ammo.

"I got ten rounds left in the AR guys," yells Michael McKarson, a deputy with the La Paz County Sheriff's Office. "I need more mags," screamed a nearby trooper. "He's still shooting back!!"

The suspect they were shooting at was 36-year-old Sladjan Petkovic. Police say Petkovic murdered his Tolleson neighbor, Steven Arvallo, over a parking dispute.

Arvallo was a Navy veteran, a father, and a corrections employee. "My dad was a very loving guy. He cared about everybody so much and went out of his way to help everybody," said Arvallo's daughter.

After the murder, police say Petkovic met up with his wife, dropped off the kids, swapped cars and then took off towards California before being engaged by DPS troopers.

"He's popping out! Let's go. He's got a laser on that rifle too," said Deputy Mckarson. "We can't give up this ground, Diaz. He wants us to (expletive) give. Ain't gonna happen!"

The entire shootout took place in the dark. Troopers and the deputy took cover behind their cars and covered each other as they took turns reloading and firing at Petkovic.

"He's right next to that diesel, and he's jumping in and out. He's got an assault rifle and he's put rounds back on us."

Petkovic, according to police, was equipped with body armor and a laser on his rifle.

Troopers and deputies made sure the accused killer did not escape. "Light his ass up," they yelled, whenever Petkovic could be seen moving.

Miraculously, Petkovic survived despite being shot multiple times, including in the head.

All the law enforcement officers on the scene also went home safely.