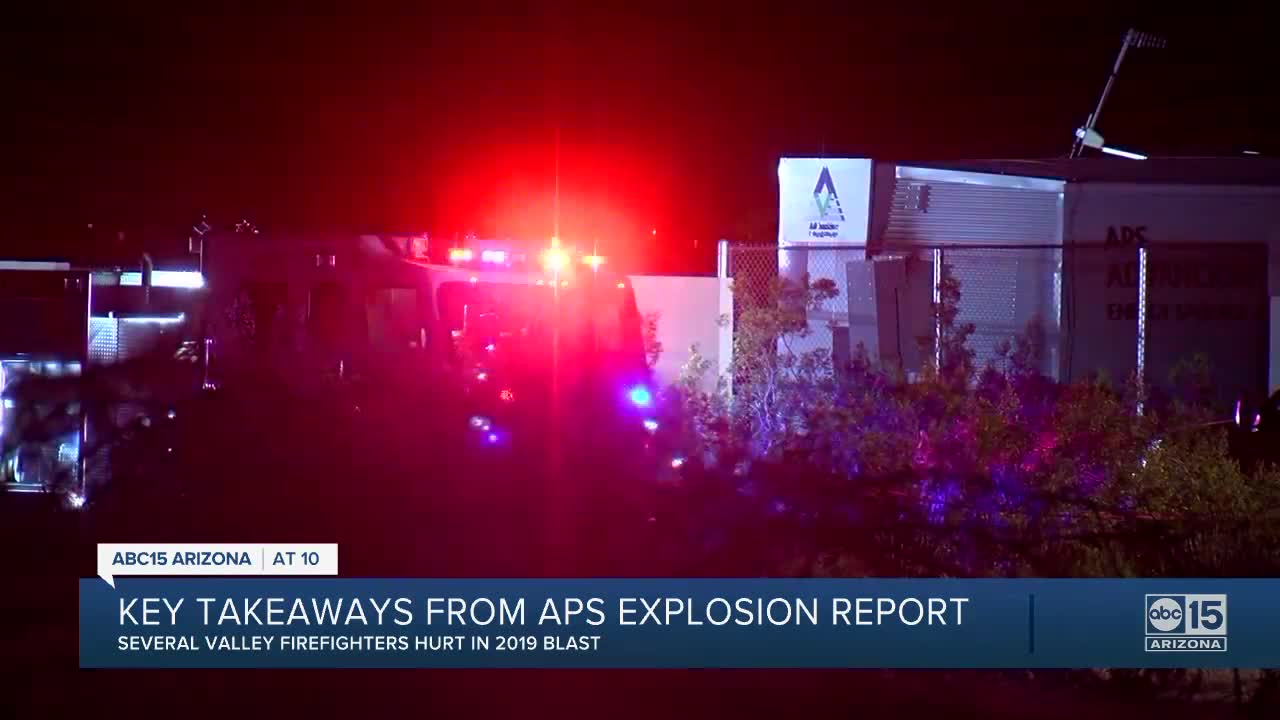 A new report, commissioned by APS, reveals what led up to the explosion at one of their battery storage facilities on April 19, 2019. 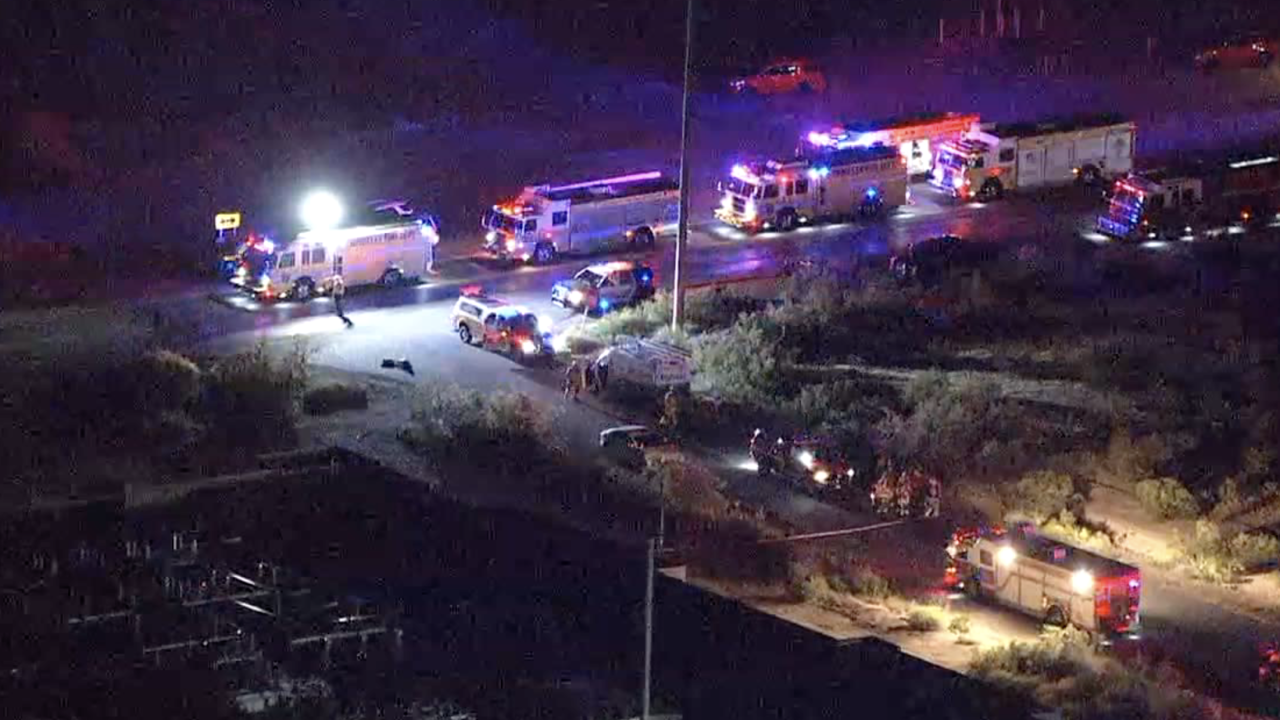 SURPRISE, AZ — A new report, commissioned by APS, reveals what led up to the explosion at one of their battery storage facilities on April 19, 2019.

The incident happened just before 6 p.m. near Deer Valley Road and Grand Avenue.

One Peoria fire captain is still recovering more than a year later.

The 78-page investigation, conducted by outside experts, comes to multiple conclusions about what led to the explosion.

"When you get that short circuit...it produces a lot of heat. Well, that heat damage is the next cell, and that damages the next cell," said Jacob Tetlow, Senior Vice President of Operations at APS.

"So now you have got multiple battery cells that are spreading their heat between each other and creating additional short circuits. So [the batteries] are so hot that they damage each other and continue to produce more and more heat."

The report goes on to say that the fire was "facilitated by the absence of adequate thermal barrier protections between battery cells, which may have stopped or slowed the propagation of thermal runaway."

The explosion itself happened three hours after the 'thermal runaway' began when the "door was opened by firefighters, agitating the remaining flammable gases, and allowing the gases to make contact with a heat source or spark."

The investigators found five main contributing factors that led to the explosion:

First, the "internal failure in a battery cell initiated thermal runaway." Second, "the fire suppression system was incapable of stopping thermal runaway." Third, "lack of thermal barriers between cells led to cascading thermal runaway." Fourth, "flammable off-gases concentrated without a means to ventilate." Lastly, "emergency response plan did not have an extinguishing, ventilation, and entry procedure."

The experts who investigated the incident concluded that the new safety standards today "better address hazard assessment and training for first responders, although the industry expectation should go even further and require that hazard assessments and training take place before and during the commissioning of energy storage systems."

They went on to write: "Just as the lack of information during the design and build phases of the project contributed to the event, so too did the lack of real-time situational awareness during the emergency response."

Firefighters have been tight-lipped about the incident, but that night they were clearly unaware of the dangers behind the storage facility door.

"We did the best we could. We had two hazmat teams on scene," said Julie Moore a Battalion Chief with Surprise Fire.

Chief Moore was on scene that night when four of her firefighters were hospitalized with minor injuries. She says none of them knew the risk the battery facility posed.

"It's just very crucial for us to know what we are walking into at the beginning. So we can have a game plan already in place. We need training."

It is unclear how much this explosion cost the company.

"It did not have an impact to our customers from a financial standpoint," said Tetlow.

It is also unknown just how much APS may have paid out to the injured firefighters.

"We have absolutely no litigation or legal claims pending with APS and the firefighters," said Tetlow.

When asked about how many claims were settled, Tetlow said, "that is confidential."

Tetlow did tell ABC15 that APS reached out to the injured men shortly after the explosion and that the company is committed to ensuring no one is injured again.

"There's nothing more important than safety when we figure out how to make these properly work," he said.

APS said they have two other large battery storage facilities in Arizona, but since the explosion, they have taken both out of service until the report's recommendations can be implemented.

Meanwhile, Surprise Fire is still conducting its investigation into the explosion.

You can read the full report here.