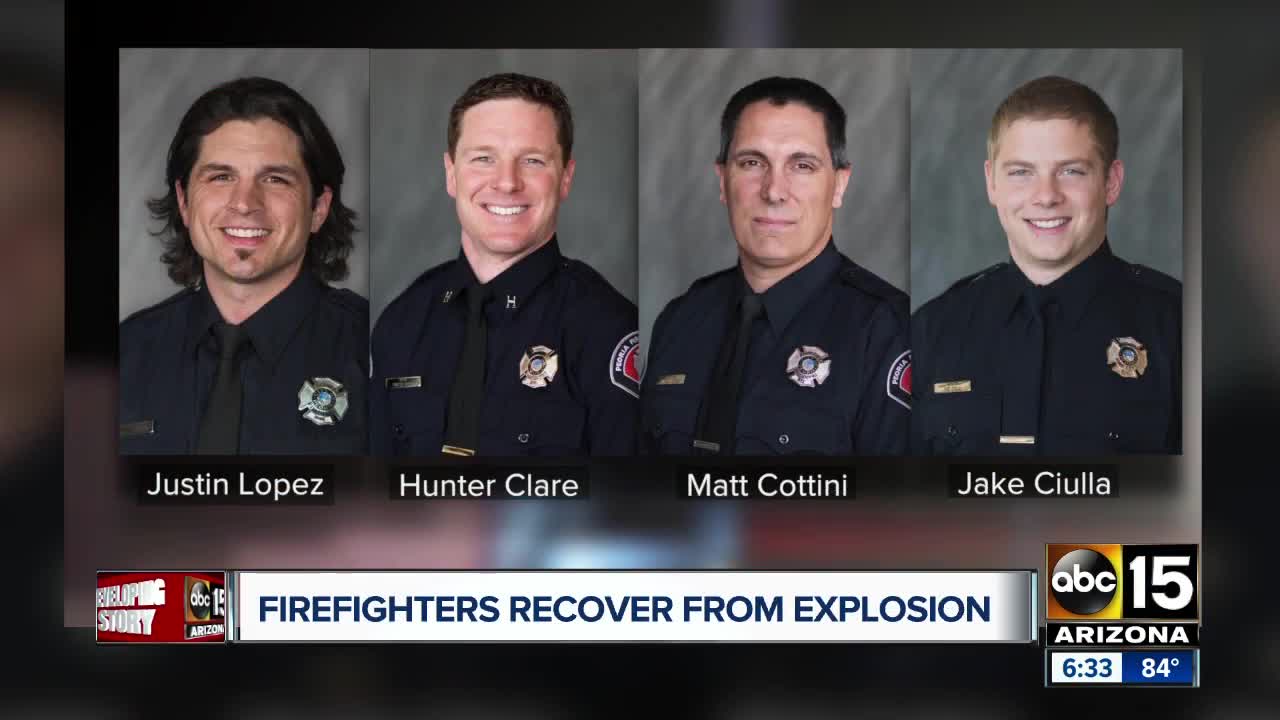 APS temporarily shutting down all of its solar battery facilities in wake of accident. 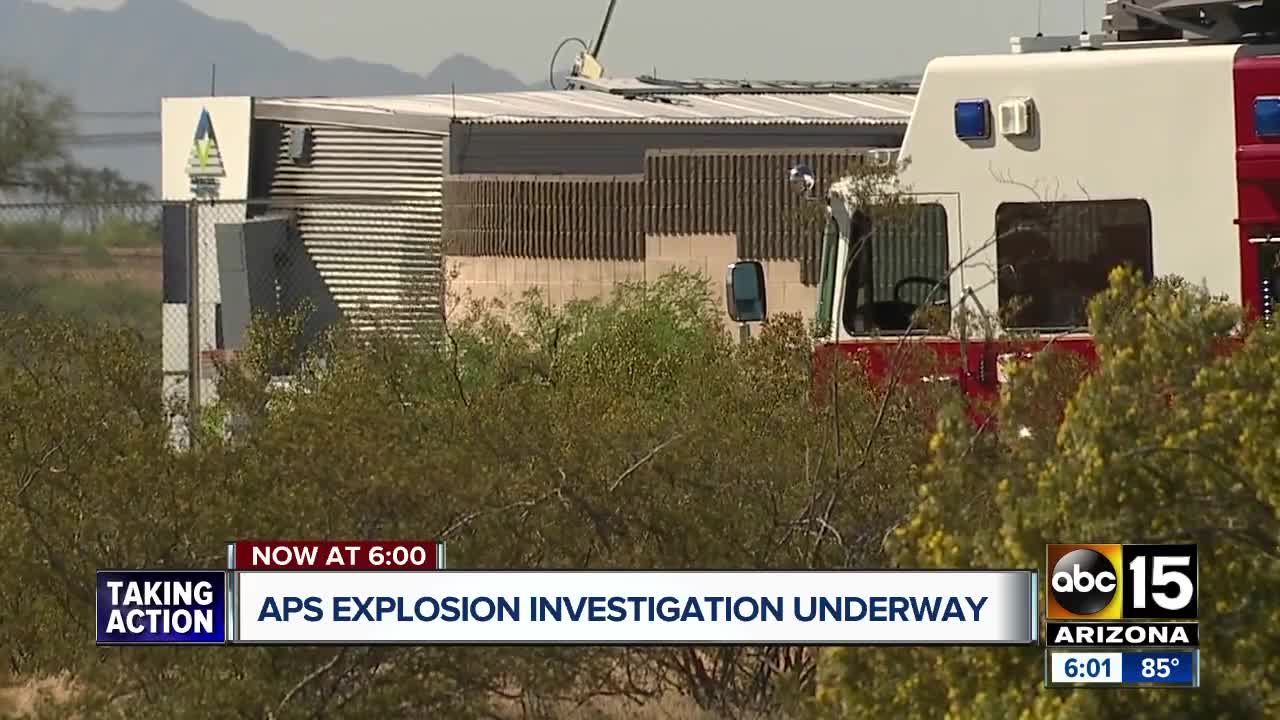 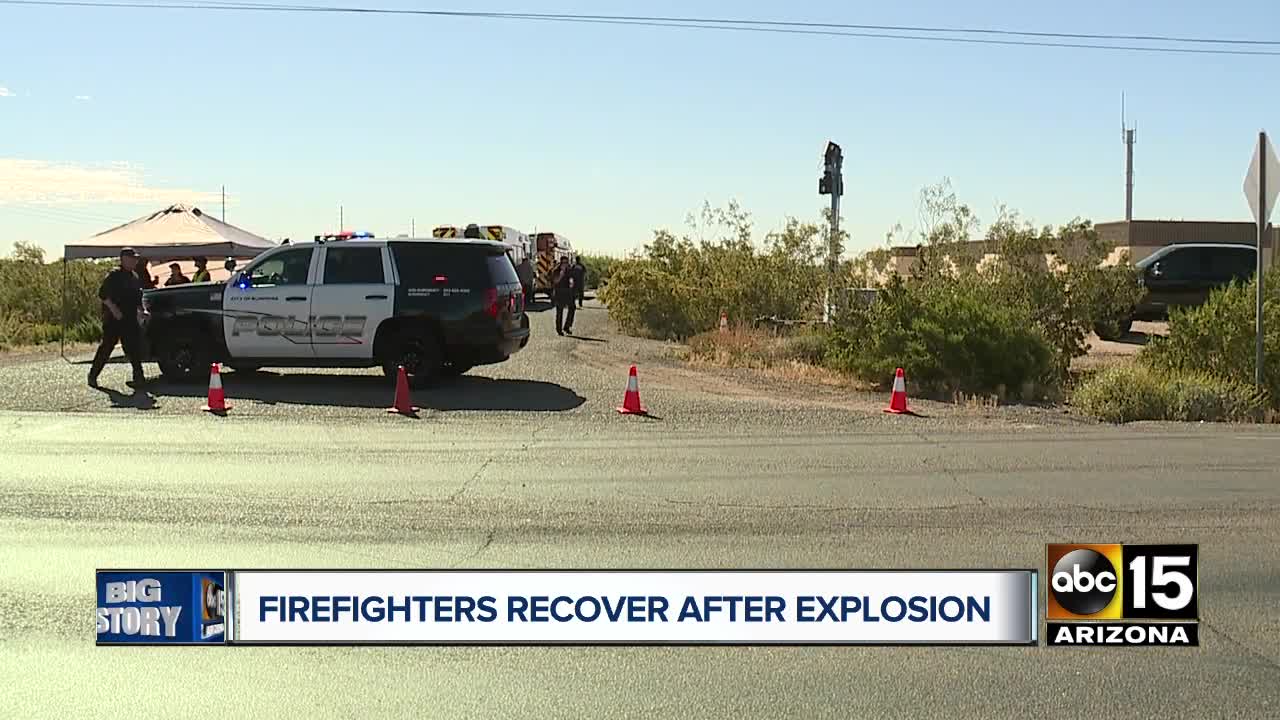 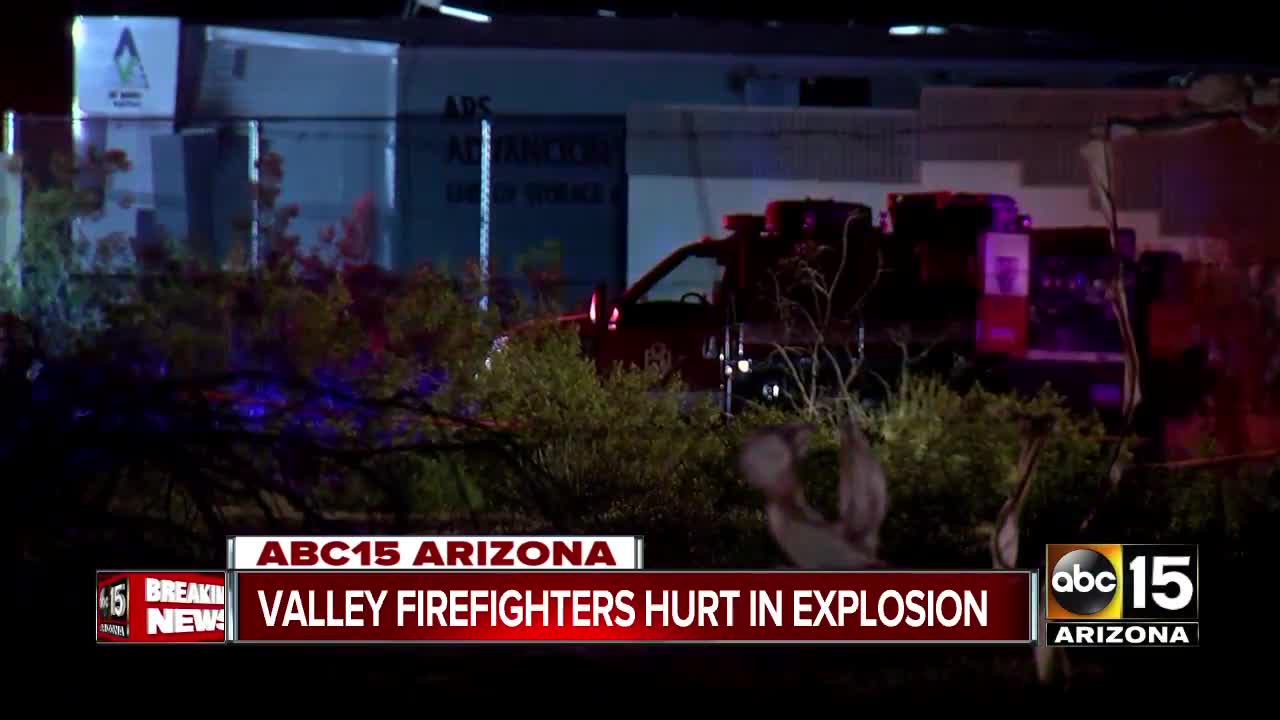 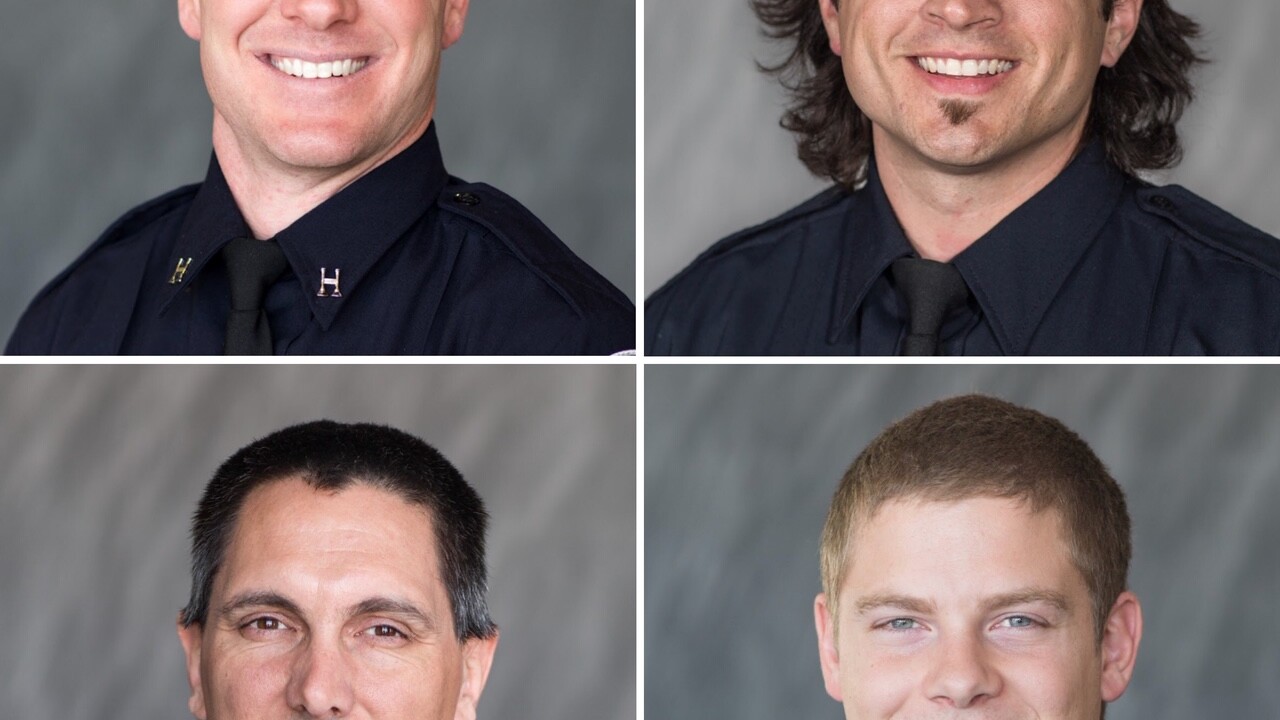 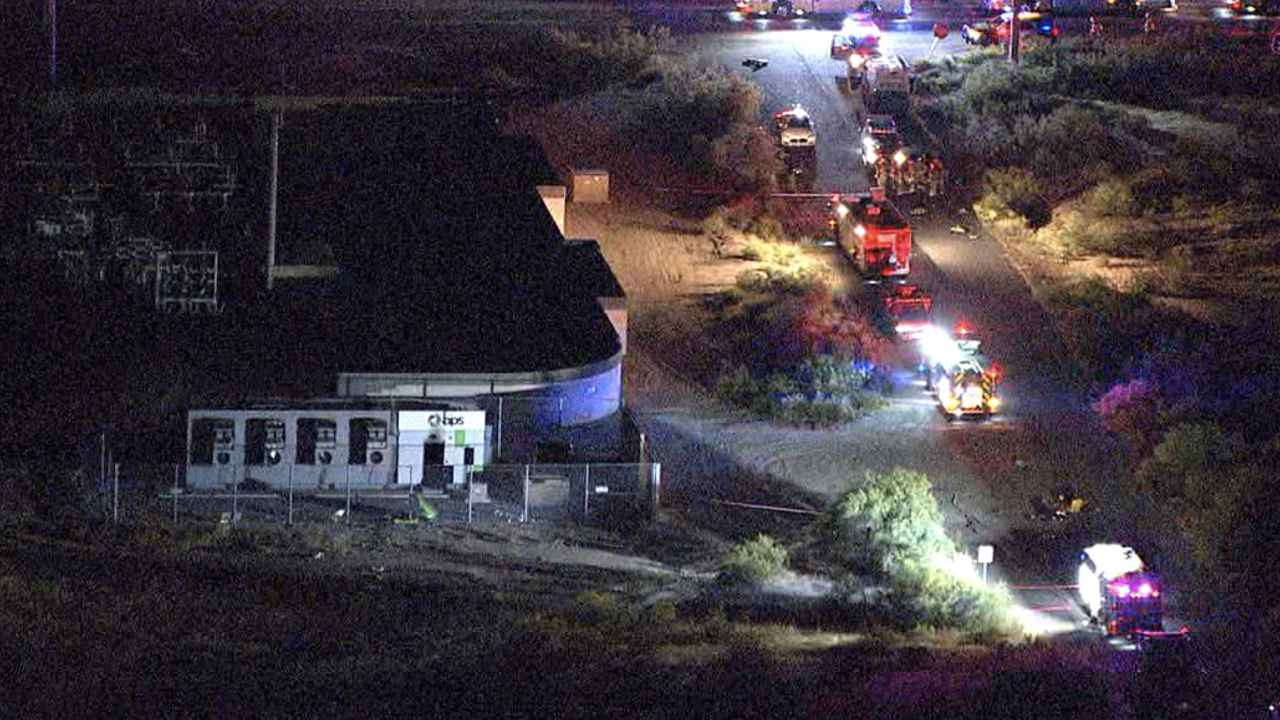 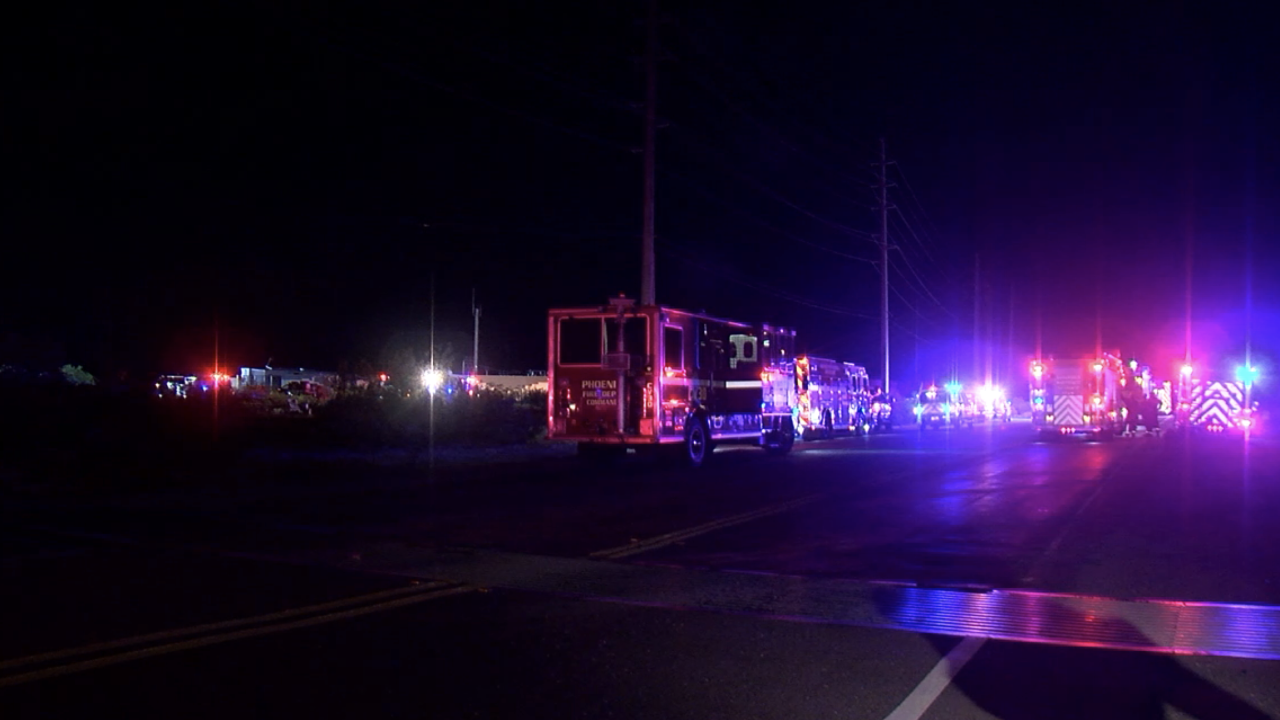 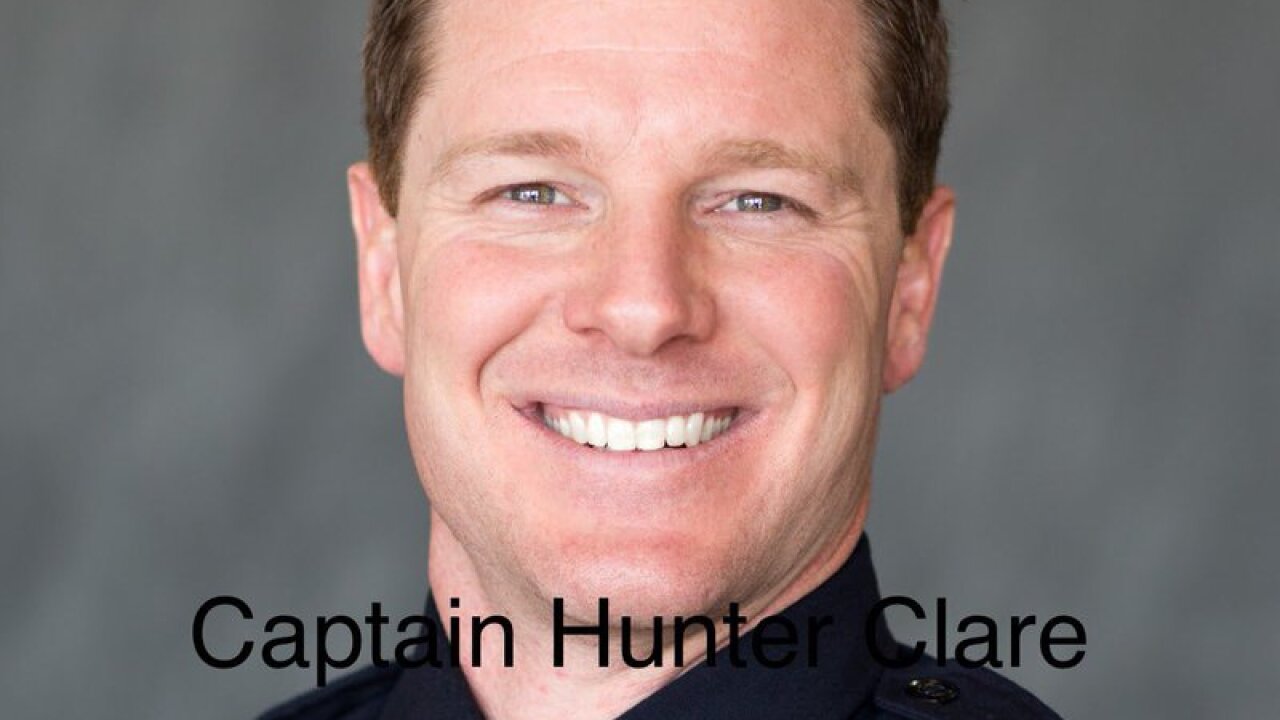 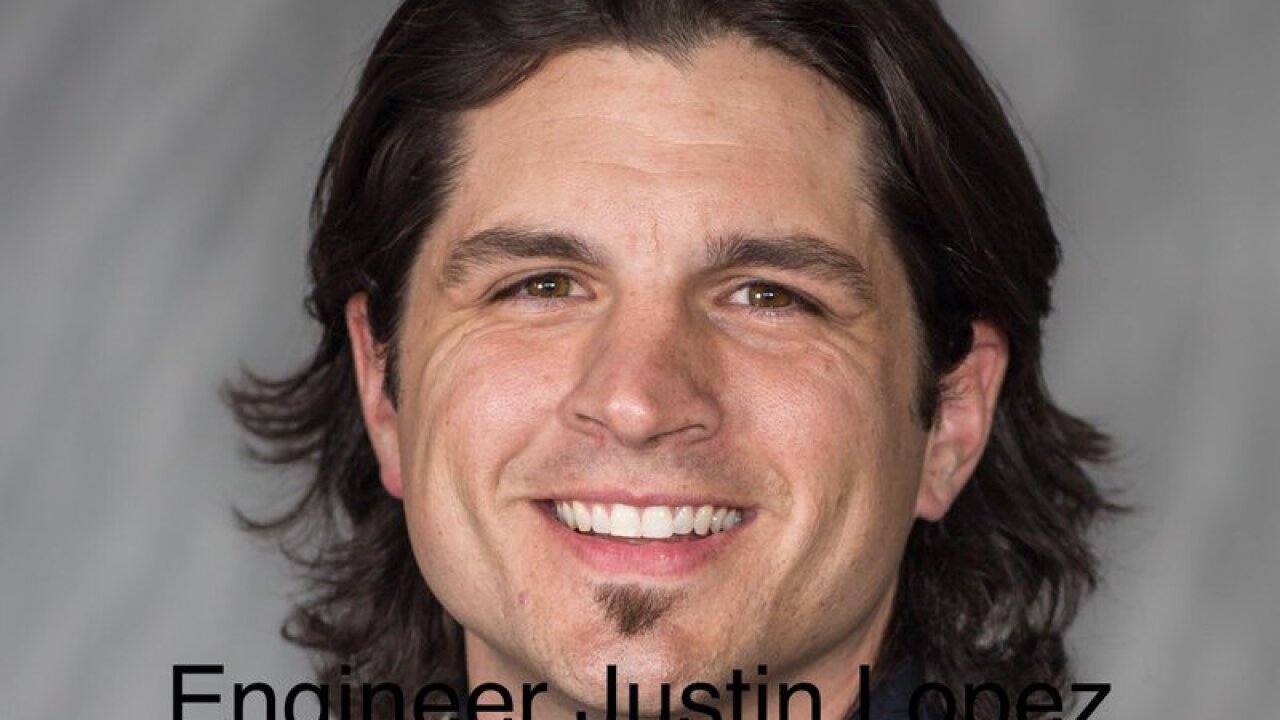 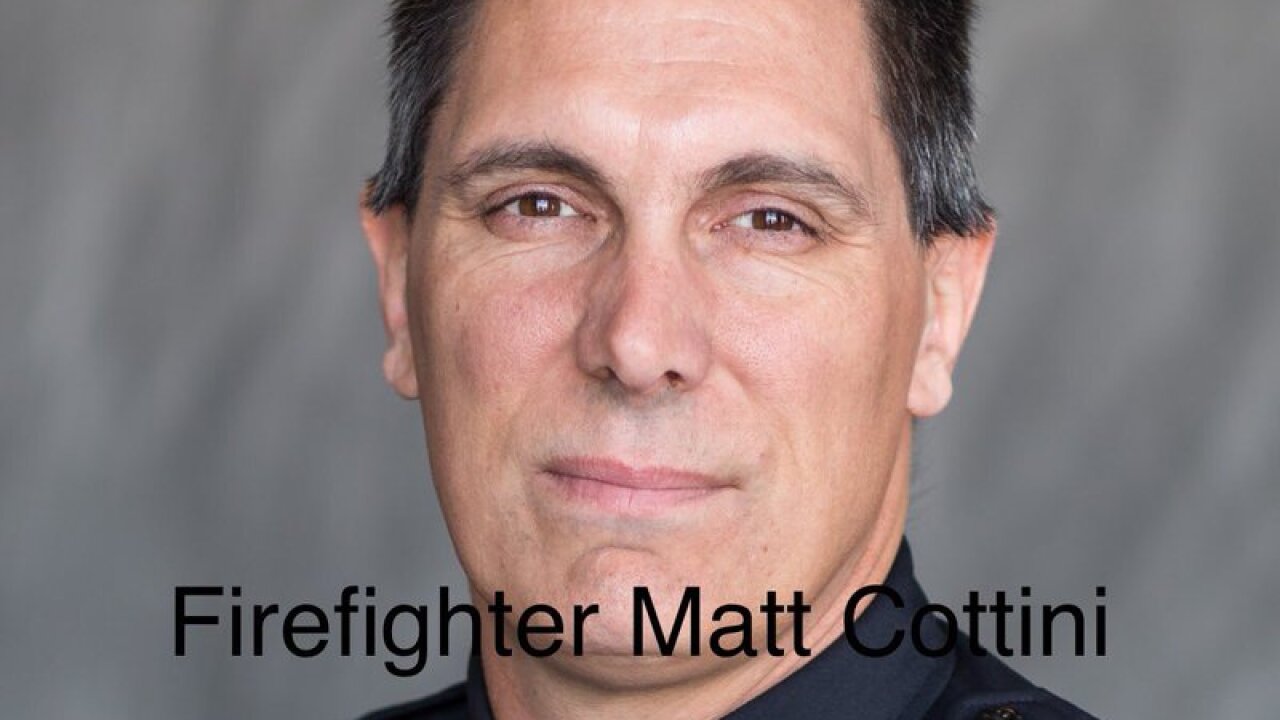 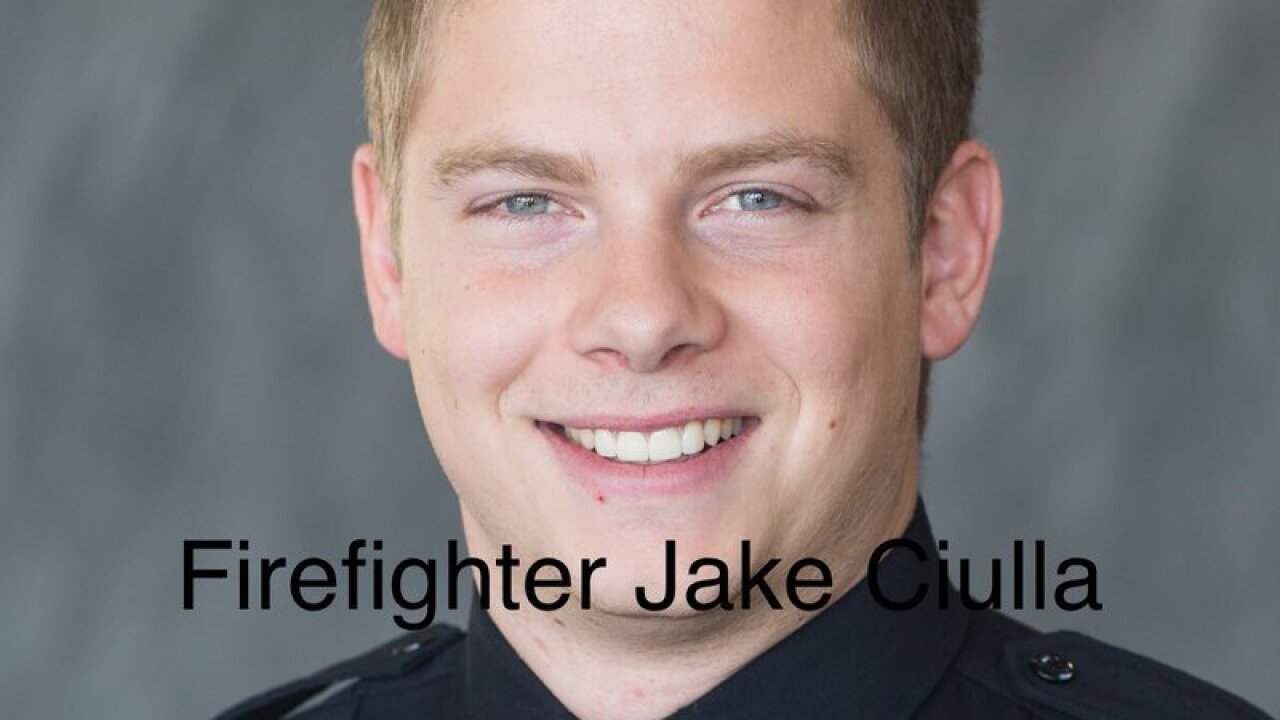 SURPRISE, AZ — Eight West Valley firefighters are recovering following an explosion at an APS substation in Surprise on Friday night.

According to Peoria fire officials, multiple fire agencies were investigating a battery fire at the McMicken Energy Storage facility near Grand Avenue and Deer Valley Road at an APS substation when an explosion occurred, injuring four members of the Peoria Fire Department and four from the Surprise Fire Department.

Engineer Justin Lopez is in the most serious condition. Lopez was brought out of sedation for a short time and was able to see his wife briefly. Lopez is back under sedation again as he requires additional surgeries.

Engineer Justin Lopez is awake and doing as well as can be expected. He was very anxious until his wife Sara came in the room.
Captain Hunter Clare surgery was successful and he is in great spirits. FF Cottini and FF Ciulla have been discharged and doing really well pic.twitter.com/0WrwUs09fl

Captain Hunter Clare remains hospitalized with ankle fractures, a wrist fracture and serious burns. Clare has had at least two surgeries already and will require rehab to make a full recovery.

Matt Cottini and Jake Ciulla were released from the hospital late Friday night, but both had to be readmitted for injuries.

Ciulla was brought back to the hospital for full body aches and pains. He was released again and is back home recovering.

Cottini was brought back to the hospital for severe headaches. He received a MRI but it came back negative. He remains hospitalized and is receiving additional consultation.

Cottini received a laceration and burns to his head and jaw, as well as his knees.

If you would like to donate to help the injured firefighters, click here. The charity organizers say any and all funds collected in the relief fund will go to the families of those affected by Friday's explosion.

Third man just arrived via ambulance.
He was sitting upright and appeared to be alert and conscious.
You can see, family & friends have started to arrive. pic.twitter.com/n7IMheS8qp

APS says there was an equipment failure that caused Friday's fire. At this point, APS says they are working to determine if the issue was the battery or another component. APS says that in conjunction with first responders, 3rd party engineering experts, and 3rd party safety experts, they’ve launched an investigation to determine what happened.

APS released the following statement about the incident on Monday:

"At this time, we want to emphasize our appreciation for all of the responders who were involved, and our support for those who were injured in the line of duty. Their health, safety and recovery remain our top priority. An investigation with APS, multiple government agencies and third-party engineering and safety experts is underway.

We can’t speculate on what went wrong at this time, but we will find out through the investigation. What we know at this point is that we had an equipment failure. A thorough investigation will help us determine what exactly failed and why."