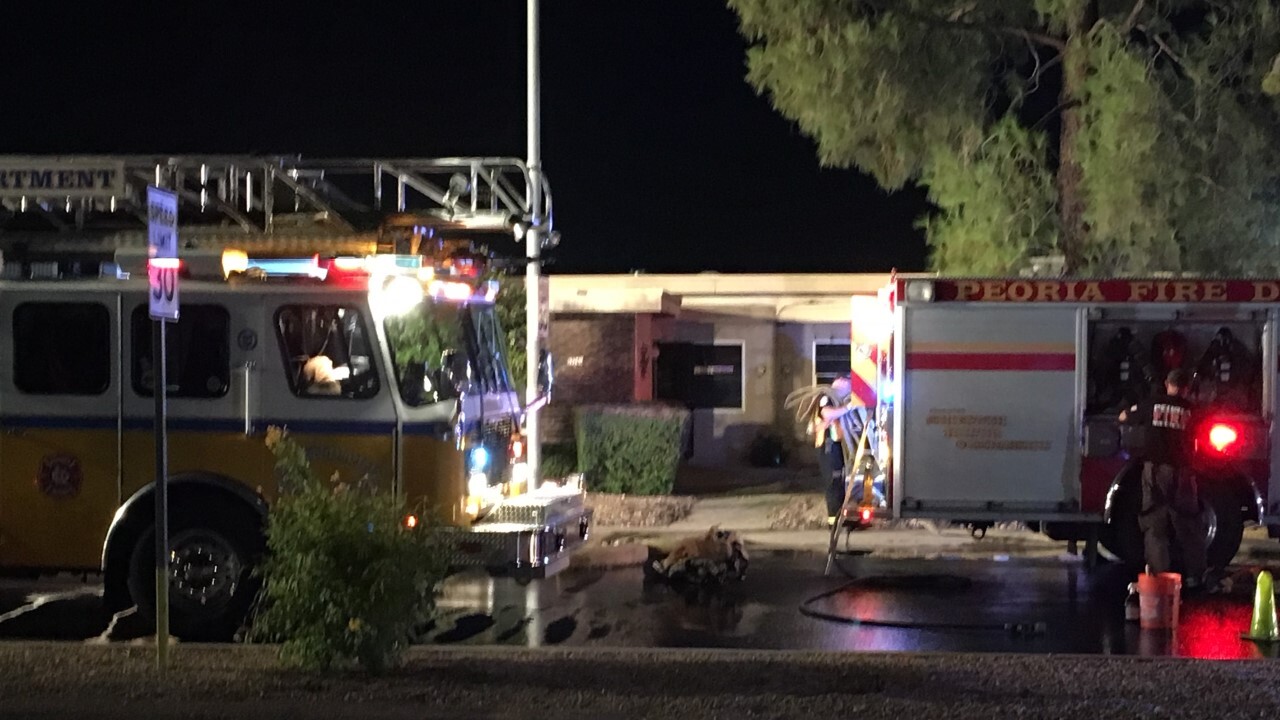 Battalion Chief Jason Casey said crews were dispatched to a single unit condo for a fire around 3:30 a.m.

Though firefighters experienced high heat conditions, they were able to hold the fire to the single unit and keep it from spreading.

Upon investigation, Chief Casey said it appears the fire was started by a candle that was knocked over and quickly spread through the home.

The condo resident was transported to an area hospital for treatment of minor burns.

There were no other injuries in the fire; however, the resident will not be able to return home due to fire damage.

The American Red Cross Disaster Action Team said in a statement that residents and their dogs were able to escape their homes.

They are also providing emergency needs for the family displaced by the fire.