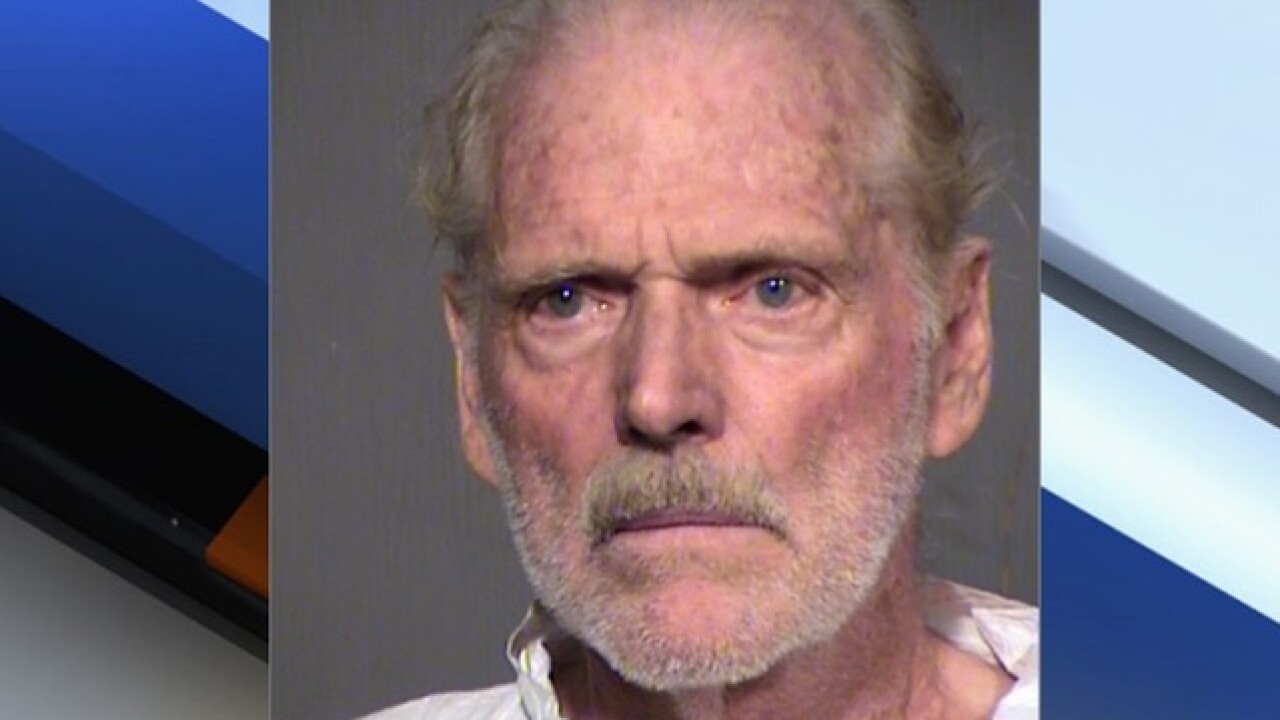 Copyright 2017 Scripps Media, Inc. All rights reserved. This material may not be published, broadcast, rewritten, or redistributed.
MCSO
<p>Charles Bonney</p>

Authorities say a ‘recycle man’ jumped over a fence to assist a woman being assaulted by her brother.

The Maricopa County Sheriff's Office reports that on August 7 they received a call from a witness saying a woman was attacked with a shovel and brick, by her brother.

MCSO says the 'recycle man' was collecting recyclables on his route near 111th and Peoria Avenues in Youngtown, when he saw a woman on the ground being struck in the head several times with a brick.

The witness jumped the fence and stopped 73-year-old Charles Bonney from continuing his assault. He remained with the victim until sheriff's deputies arrived.

Detectives report that the victim told him, "He tried to kill me with that shovel."

She told investigators that she went outside to shut off the water and was struck by her brother several times in the head with a shovel. She reportedly heard the recycle truck coming and screamed for help.

Deputies say they found pieces of broken brick in the yard with blood on them. They say the shovel also had blood on the handle. The victim was taken to a local hospital with life-threatening injuries.

Upon his arrest, Bonney said his sister fell on her own, striking her head. Bonney was arrested for aggravated assault and second-degree murder and is being held on a $250,000 bond.