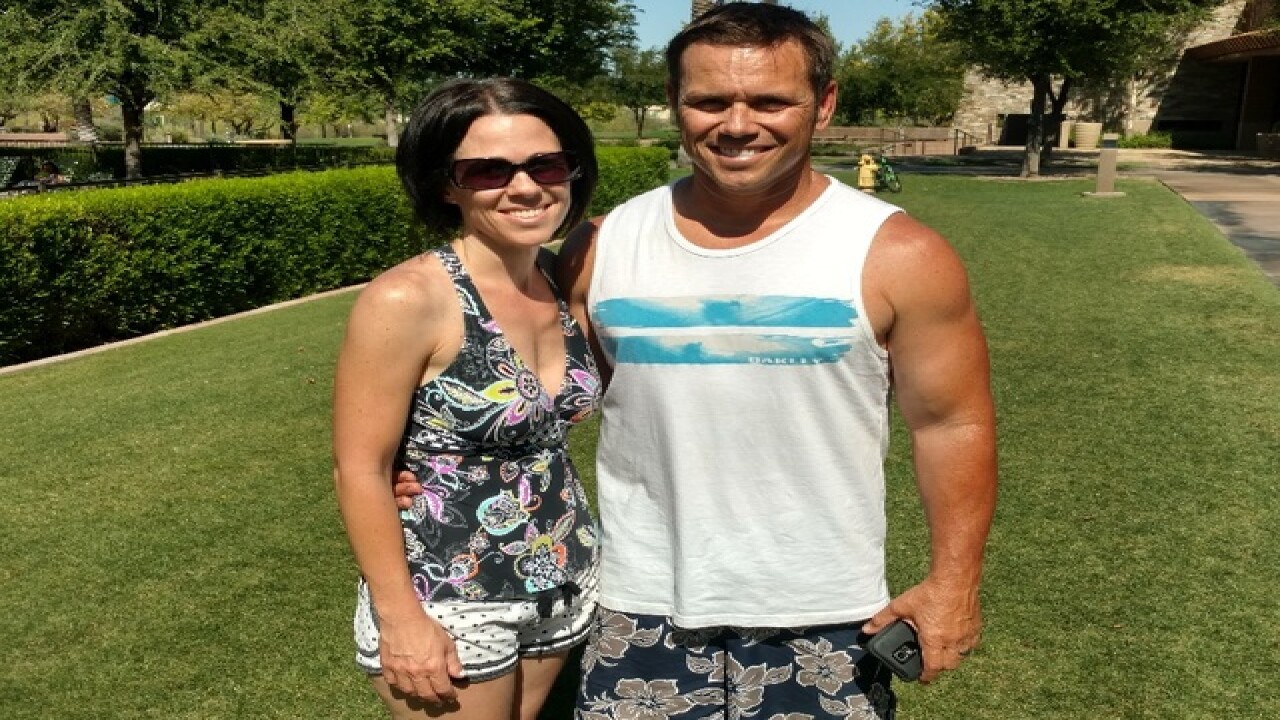 A two-year-old has been transported to the hospital after a near-drowning in Peoria, and two people are credited with saving his life.

The incident happened at the Vistancia Community Center near Vistancia Boulevard and Ridgeline Road.

Peoria fire the boy was found floating face down in the water and the child's father pulled him out. That's when an off-duty North County Fire & Medical firefighter and his wife, who is a nurse, performed CPR on the boy.

The boy was conscious and breathing after given CPR, and was also taken to a hospital via helicopter for treatment.

The Peoria Fire Department said firefighter Tait Mitton and his wife Mynon Mitton are credited with saving the boy's life.