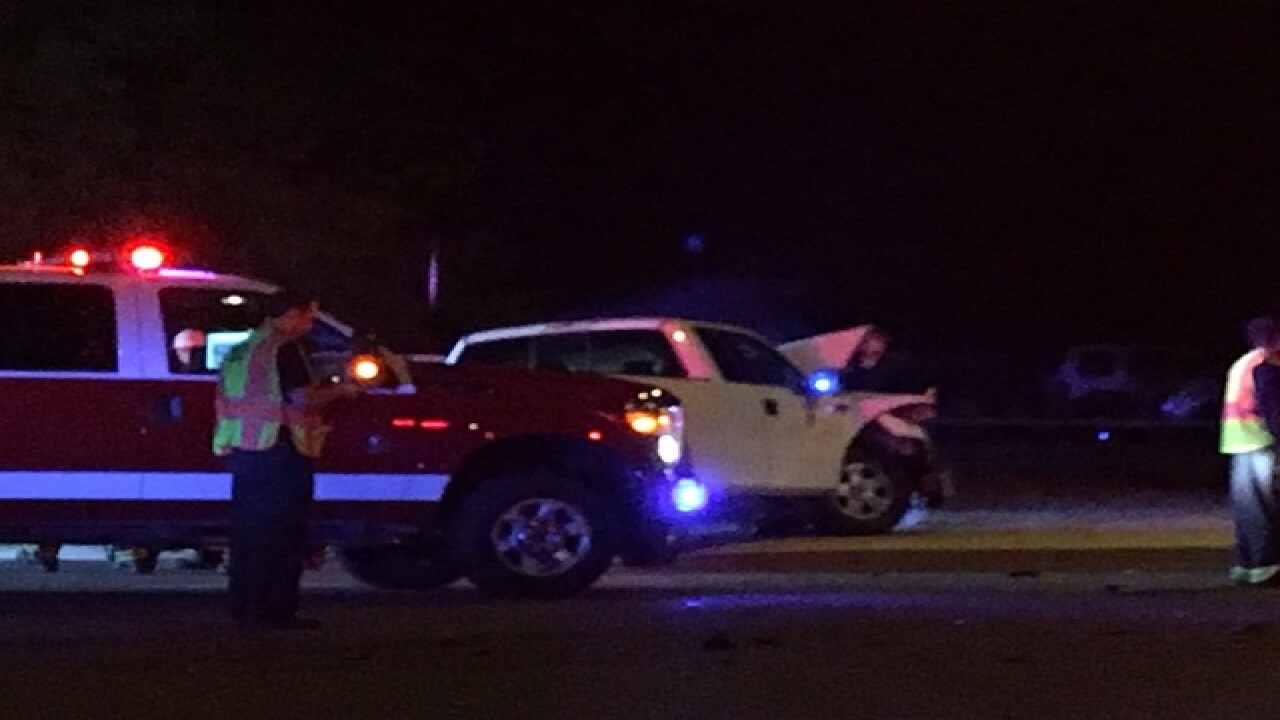 Police are investigating a serious car crash in Peoria.

Officials received reports around 6:15 Saturday evening about the accident near 87th Avenue and Deer Valley Road.

According to a Peoria police spokesperson, a pickup truck was heading northbound on 87th Avenue when it struck a minivan.

There were two adults and five kids (ages six to 14 years old) in the minivan, and one of the children was ejected from the car, officials said.

Three children are hospitalized with life-threatening injuries and two kids suffered serious injuries. At least one of them had to be flown by helicopter from the scene to the hospital, a police spokesperson said.

"I pray for all of them - hope for the best," said Loretta Schrader, who lives near where the crash happened. "I mean, it's the holidays and it's like - this is so hard on all of us."

Schrader says the intersection where the crash happens needs a stop light, not just a sign. She says the scene is especially harrowing because her son is going to get his driver's license on Monday.

"People are either blowing the stop-sign... I'm not really sure, you know - all the other accidents that happened here, but this one seems to be the worst one," Schrader said. "So, we need to change it and people need to speak up."

The truck driver remained at the scene. It's possible that he or she may have run a stop sign, but nothing has been confirmed. Authorities are also investigating impairment as a possible factor, which is standard during vehicle accidents.

Neighbors at the scene told ABC15 that they have been pushing to get a traffic light at that intersection for some time.

The area was closed to traffic for several hours but has since reopened. Check here for closures.