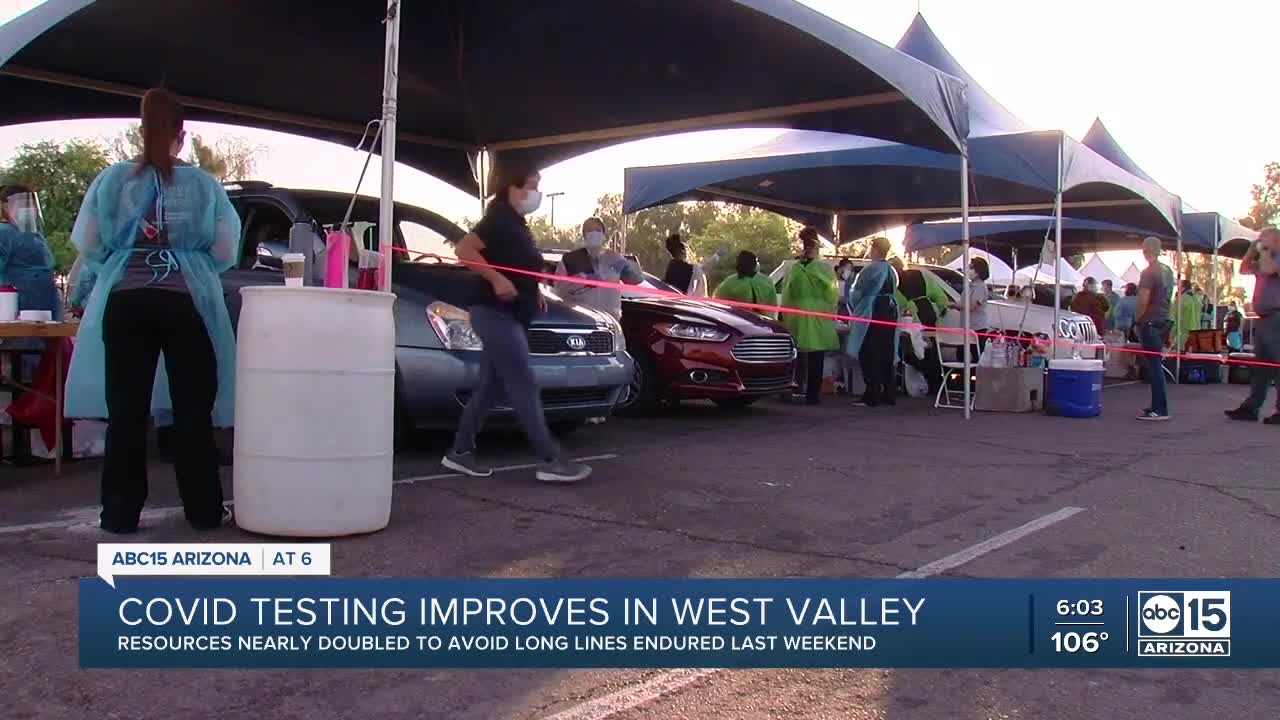 MARYVALE, AZ — One thousand more Maryvale residents have been tested for coronavirus after showing up to Desert West Park for the second free event this month.

"We took all that learning and applied it today, anticipating we would have the same response," says Tomas Leon of Equality Health, speaking of last week's event, which proved to show the dire need in the community of West Phoenix says Leon. "The great demand brought to the forefront just how testing is lagging in Maryvale."

After having hundreds waiting in lines for hours, Equality Health, along with county and state health officials, put together a multi-agency approach. The approach for this Saturday included more extensive broadband for laptop computers sending lab information to databases, eight lanes of registration instead of four, and six swab lanes instead of four.

On hand were also bottled water and face masks for those who were tested today.

On 'swab lane number one', we met Taylor Ayers, a young mother who shared with us that over the past few days, she's been showing signs and symptoms of COVID-19. "Earlier this week, I had a high fever," said Ayers. Ayers seemed shocked to learn that at this same drive-up event from last week, nearly 25 percent of the tests given resulted in positive for COVID-19. "I was not expecting it to be that high," she added.

Others like Erika Mata, said she decided to get tested after her sister-in-law tested positive.

"Porque estuve expuesta al covid, (because I was exposed to COVID)," she told us in Spanish. Mata said her in-laws, who are in their 80's and live with her, are also getting sick. On his way out from his test, we met 17-year-old Renaldo Flores, who works at a fast-food restaurant nearby and says he can't go back to work until his results confirm he doesn't have the virus.

Equality Health says it is not only about testing for COVID-19 for those who show up today; they want to educate on preventative measures and checking out underlying health conditions of those who come to get tested.

With the 25 percent-positive rate from last week's event, we can make the assumption that one out of the four people we interviewed will show a positive test in the days to come.

"We processed nearly 700 [so far today], and 24 percent of them have come back positive," says Leon.