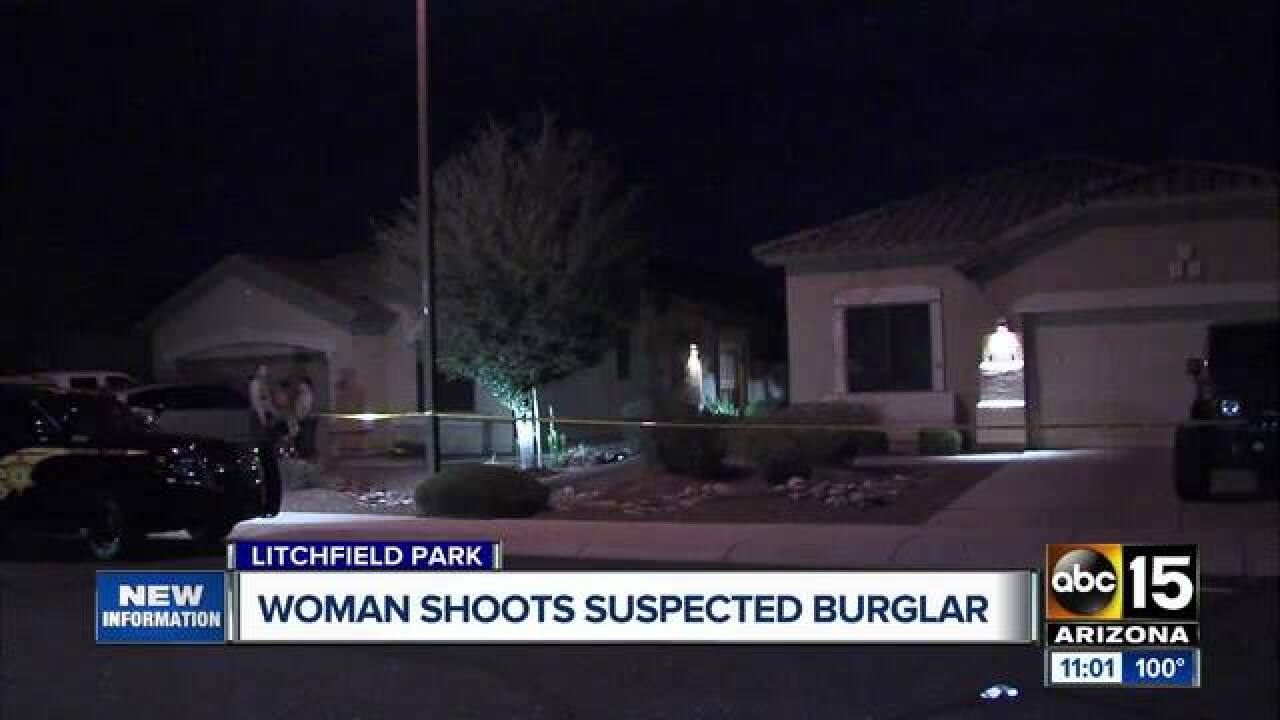 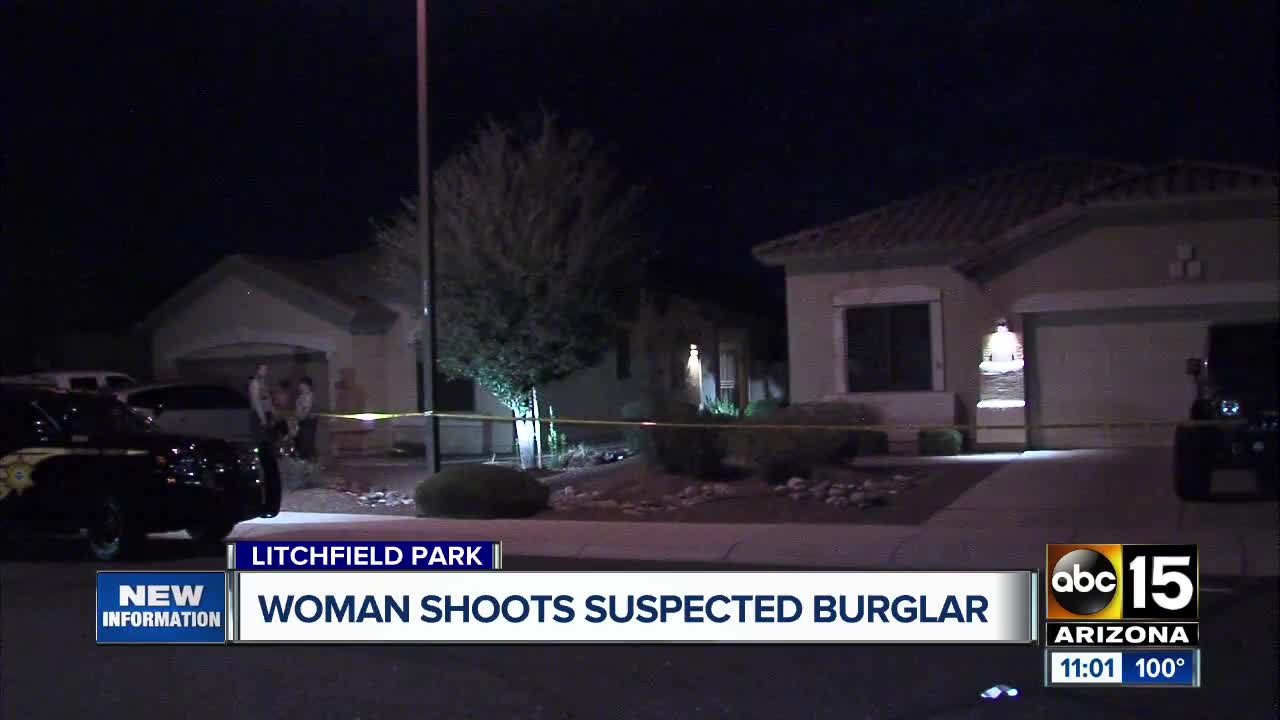 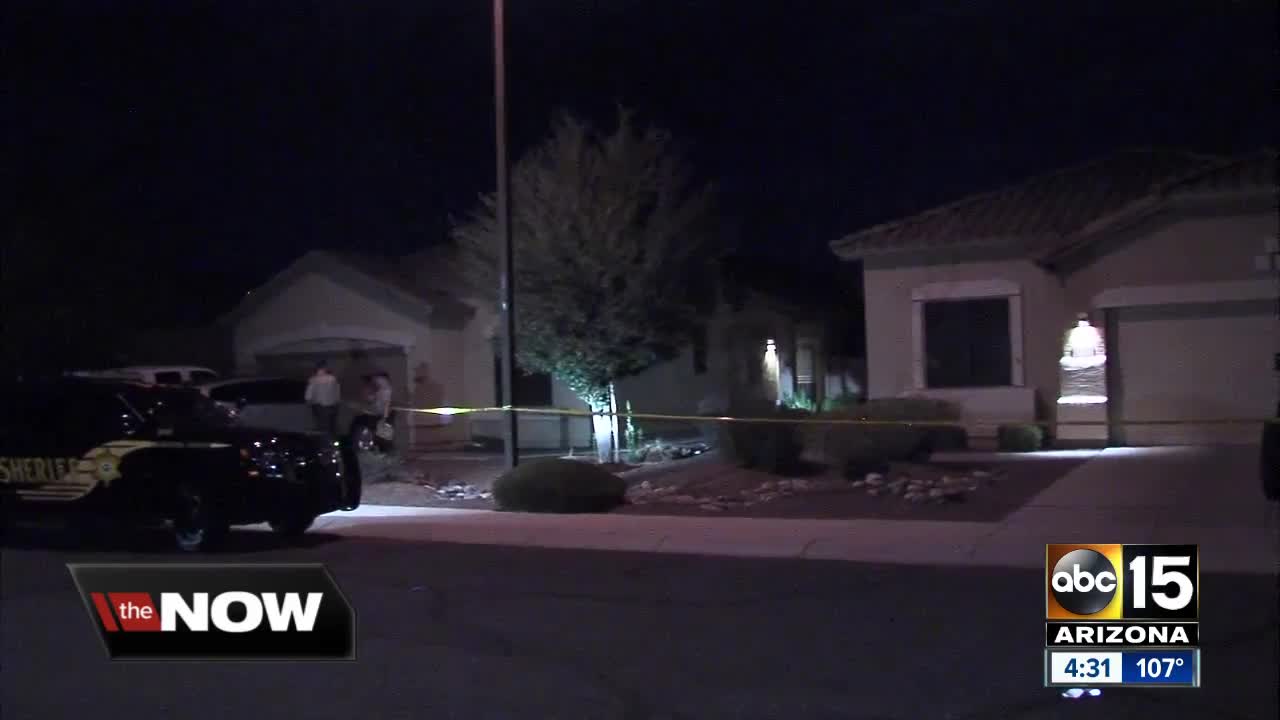 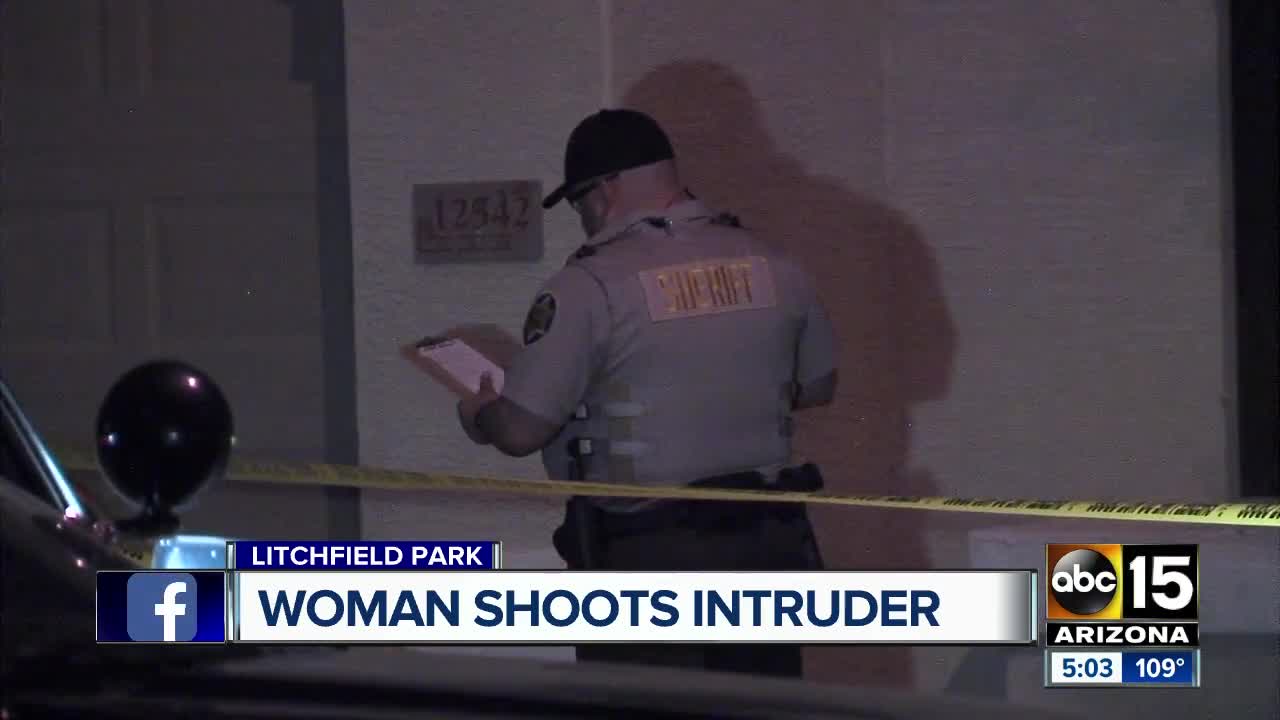 A man accused of attempting to break into a Litchfield Park home is hospitalized in critical condition after being shot by the resident.

Around 11 p.m. Thursday, a woman called 911 and said a suspicious car was parked outside her home near Camelback and El Mirage roads.

The woman told dispatchers that a man was sitting inside the vehicle and she did not know who he was, officials said.

At some point, the driver got out of the car and approached the front door and attempted to get into the home, authorities said. The woman told the suspect that she was armed and if he continued to try to get into the house she would shoot him through the door.

When MCSO deputies arrived on scene they found a man on the doorstep suffering a gunshot wound, authorities said.

The man was taken to the hospital with life-threatening injuries.

Bryce Gattison, a neighbor said when he got home he saw about five or six cop cars at the scene.

"I really didn't know what was going on. I heard he pulled into the wrong driveway and thought he was at his house. He tried to get in the house and it didn't really go his way," Gattison said.

The homeowner does not know the man, officials said. The woman lives alone and no one else was at the home at the time of the shooting.

"It wasn't really chaotic. It was just clear something had happened," said Gattison. "I think it's a really unfortunate situation for both parties involved."

A MCSO spokesman says an investigation into the incident is ongoing, however, it's believed the man was at the wrong home and alcohol may have played a role.