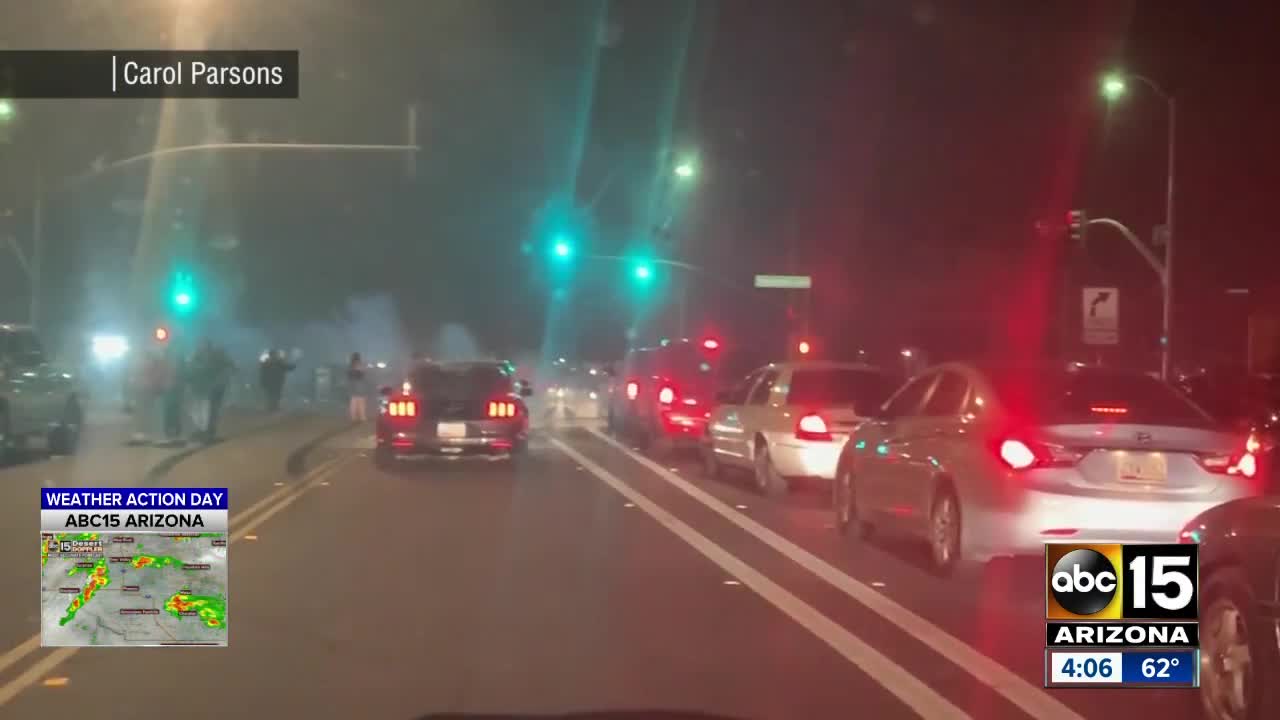 Screeching tires, fireworks and loud music are ruining the peace and quiet in one Valley community 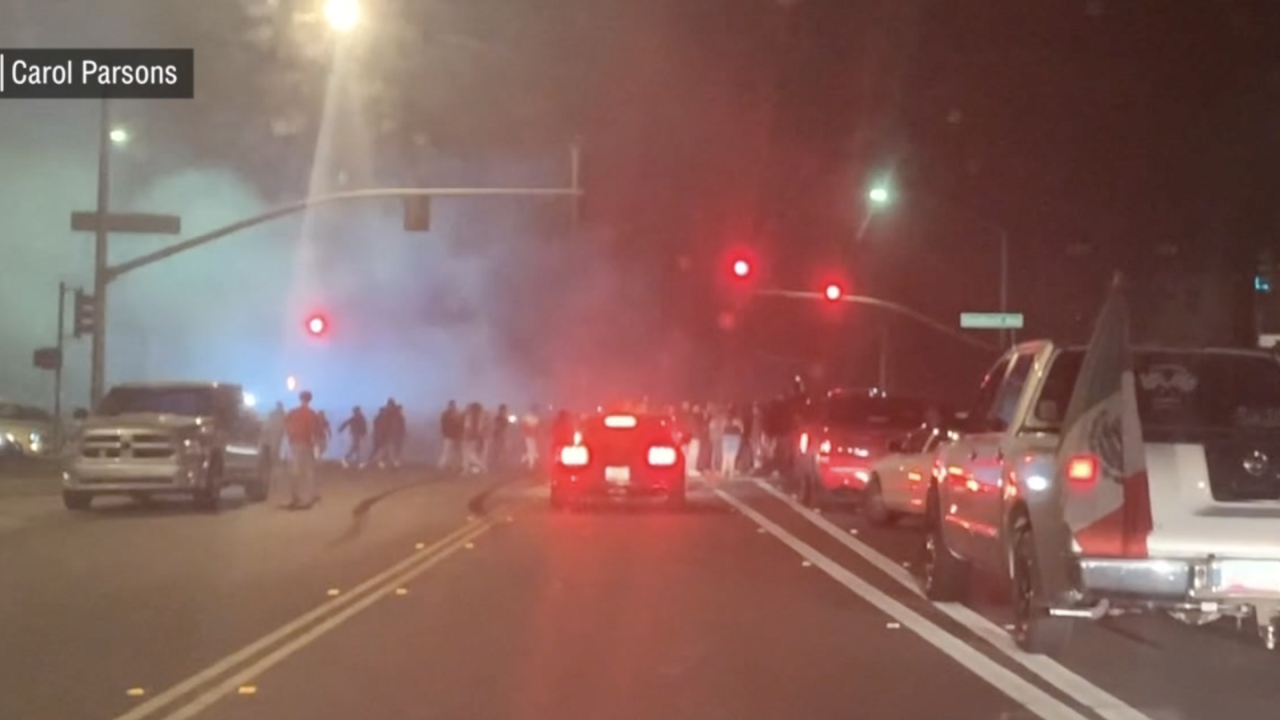 LAVEEN, AZ — Law enforcement agencies say they have their eyes on a group of people who neighbors say routinely do donuts in the street, shut down an intersection and blast loud music at all hours of the night.

Earlier this week, a neighbor shared cell phone video with ABC15 showing the group of drivers doing donuts in the middle of the intersection at 67th Avenue and Southern. That neighbor estimated there were roughly 150 people gathered there last Saturday night.

On Wednesday, another neighbor told ABC15 it's a frustrating event that has been taking place every weekend for at least the past month. "You'll hear tires squealing, engines," said neighbor Simone Rapacz.

Rapacz says while law enforcement has responded, the group keeps coming back. She is not the only neighbor who feels authorities can do more to stop the group.

"I'd like them to do more before someone gets hurt," Rapacz said.

ABC15 reached out to both Phoenix Police and the Maricopa County Sheriff's Office. Both said they have received complaints and are working to address the issue.

"We have received complaints about that area," said Sgt. Mercedes Fortune with the Phoenix Police Department. "What we're finding also is that there's certain groups that are actually using different locations within the West Valley."

In addition to the cell phone video from the neighbor, there is a video on social media showing a large group gathered at 67th Avenue and Southern, doing donuts in the intersection, and nearly hitting spectators with their vehicles. That video was posted on November 11.

Phoenix police say they have responded to the area of 67th Avenue and Southern. "If anybody calls and sees that type of activity we will respond," Sgt. Fortune said. "It is something that we're responding to and right now we're trying to see how proactive we can be about maybe identifying those locations, but we are aware of them."

The Maricopa County Sheriff's Office sent ABC15 the following information on the group that's gathering at 67th Avenue and Southern.

The Maricopa County Sheriff's Office is addressing several complaints that have been reported referencing groups of people gathering on street corners and engaging in what is called “swinging.”

This behavior is reckless, extremely dangerous and illegal. These groups have been spotted in the City of Phoenix as well as county islands, specifically in the area of 67th Avenue and Southern. MCSO is dedicating special resources to address this issue and will work in conjunction with other local law enforcement agencies to stop these criminal activities and enforce all laws surrounding the complaints. Patrol and enforcement operations have already began and will continue until this situation is addressed. MCSOtakesthese complaints very seriously and is committed to the safety and well-being of the Maricopa County community.

Meanwhile, neighbors are anxious to see what happens this coming weekend, and whether they will once again hear the sounds of screeching tires or peace and quiet.

"Sleep on the weekends," Rapacz said, laughing. "That would be nice."