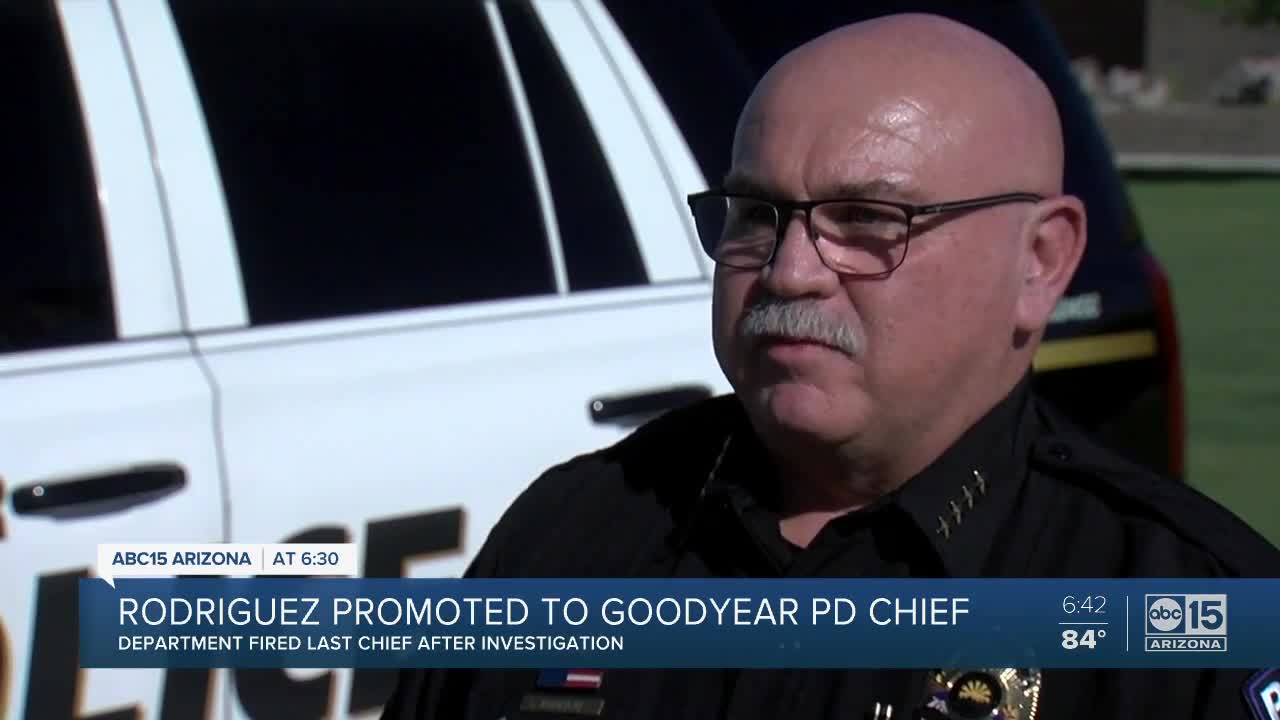 Goodyear's new police chief says his top priorities are keeping officers healthy during the pandemic and keeping morale up after months of uncertainty in the department. 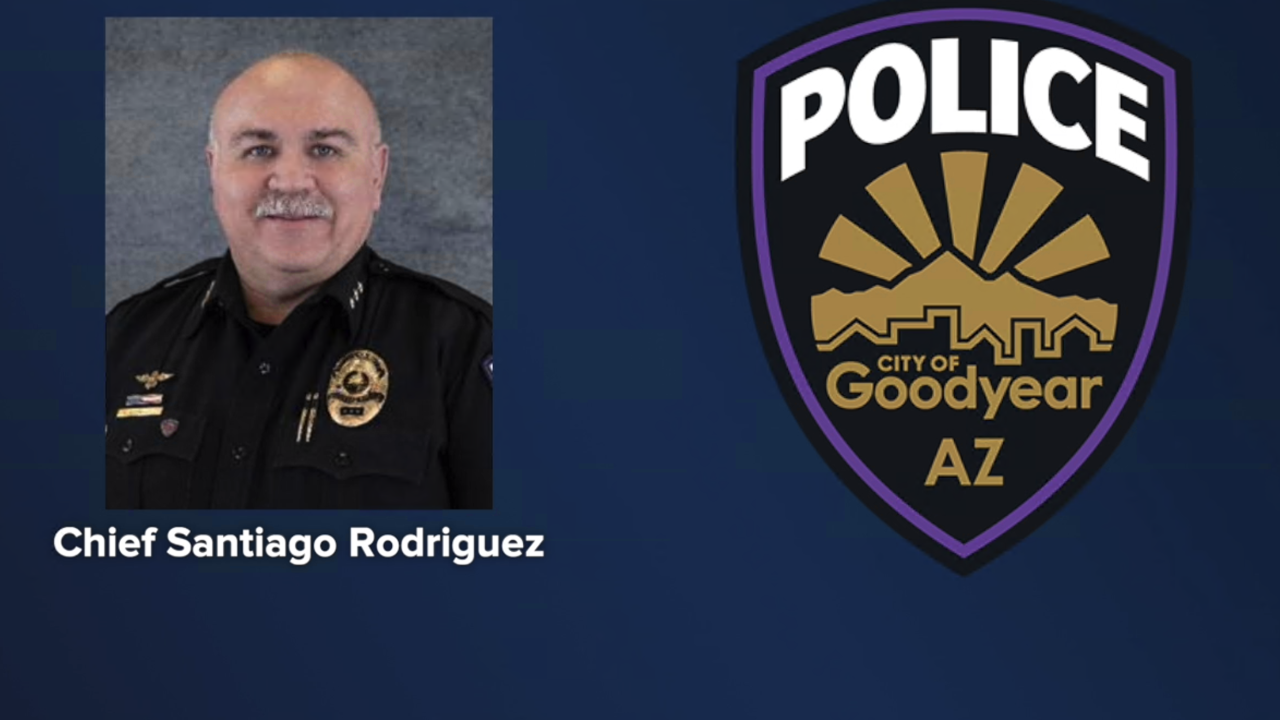 GOODYEAR, AZ — Goodyear's new police chief says his top priorities are keeping officers healthy during the pandemic and keeping morale up after months of uncertainty in the department.

Chief Santiago Rodriguez was officially appointed to the position after serving as acting chief since October. That’s when the former chief, the deputy chief, and two other employees were put on administrative leave amid several internal investigations.

The new chief says transparency is important to him. In the coming weeks, he plans to make several promotions and other personnel changes. He emphasizes the need to praise the good work of officers especially as they deal with the added strain of policing through the pandemic.

“They are resilient,” Rodriguez said. “They still put on the uniform on, and the goal of the day is to serve the great citizens of Goodyear.”

During his career. Rodriguez led the rollout of body-worn cams, and he's been in charge of Spanish language training for officers. He started with Goodyear police as a reserve officer in 1998.

“It’s always been the same mission statement,” Rodriguez said. “It starts out in partnership with our community, and that’s my philosophy here - being a partner with the community. It’s going to make us stronger as a city.“

Former Goodyear Police Chief Jerry Geier was fired for dishonestly in December after the internal investigation. He received an appeal hearing, but the city manager upheld the firing In April.

The result of the internal investigation has not been revealed for Goodyear Deputry Police Chief Justin Hughes. Hughes is currently on personal leave, and he applied for accidental disability retirement this month.