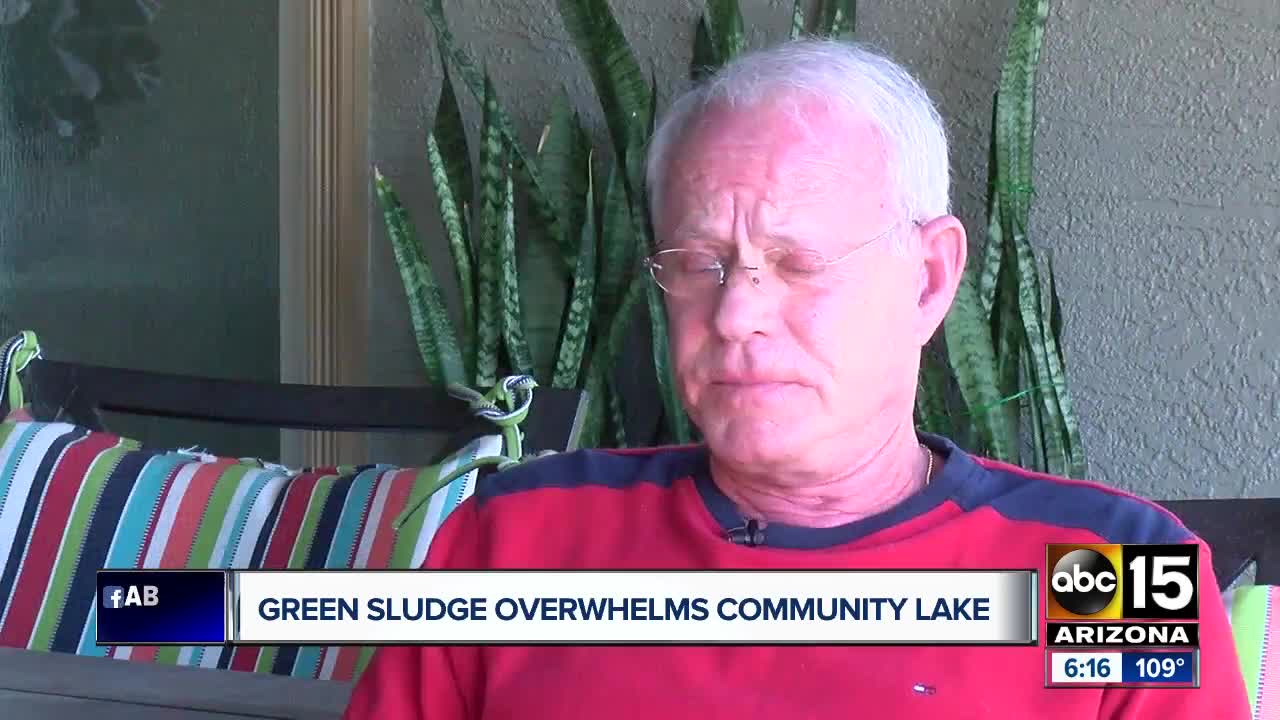 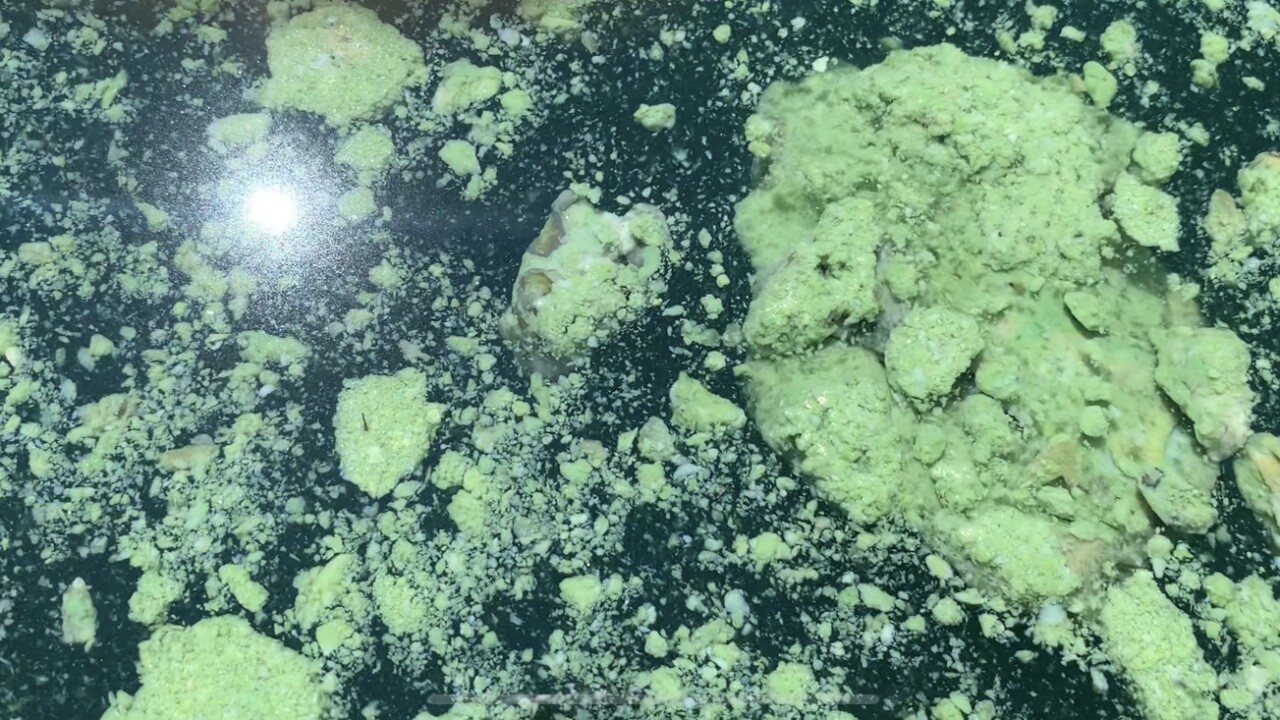 GOODYEAR, AZ — For almost two weeks a West Valley community has found themselves dealing with a smelly situation.

"The lake looks pretty good today compared to what it was two days ago," said Howard Norman, as we walked out to his backyard overlooking the community lake.

Norman has one heck of a view. The Estrella Mountain Ranch homeowner says it was the main selling point when he purchased the home back in 1969.

"Played a hundred percent for my wife, we had looked at several areas about buying a house and the lake was the primary source of the reason we bought it," said Norman.

And who could blame him but every few years there is one slight drawback.

"Seems like when it gets to be 110 for many days the algae bloom hits, and we get multiple fish dying," said Norman.

Last week, the green sludge returned, followed by thousands of dead fish floating to the surface.

"Well of course the sight of it is very disgusting I mean the algae bloom is a floating green mass that can go up to two inches deep," said Norman.

And then there's the smell that wafts into backyards, swiftly overwhelming the senses.

According to the HOA, heat is indeed the main culprit killing the fish.

As the temperatures rise, oxygen in the water decreases, leading the fish to suffocate.

"Because of the heat they just decay really quick, and as a consequence if the winds right it's worse than living next door to a dairy," said Norman.

Norman says the lakes were once filled with fresh water.

Something he says maybe the reason for the algae blooms.

"It's made a big difference in the pleasure of living on the lake," said Norman.

The community's HOA sent ABC15 this statement regarding their efforts to clean up the lake:

“We understand your concerns about the current condition of the lakes (algae bloom) and the recent loss of fish. Please note that while inconvenient, this is not an isolated event specific to Estrella. Across the Valley, planned communities and golf courses with manufactured lakes have been challenged with the extended period of excessive heat, which has contributed to the loss of oxygen levels in the lakes. When this occurs, the dissolved oxygen levels become critically low, which impacts the oxygen supply to fish. We are working with Arizona Lake and Pond Management (ALPM) to address the condition of North Lake. At the same time, ALPM has been treating an algae bloom, a process that requires multiple treatments over a period of time. We will continue to keep our residents informed and updated on our progress.”