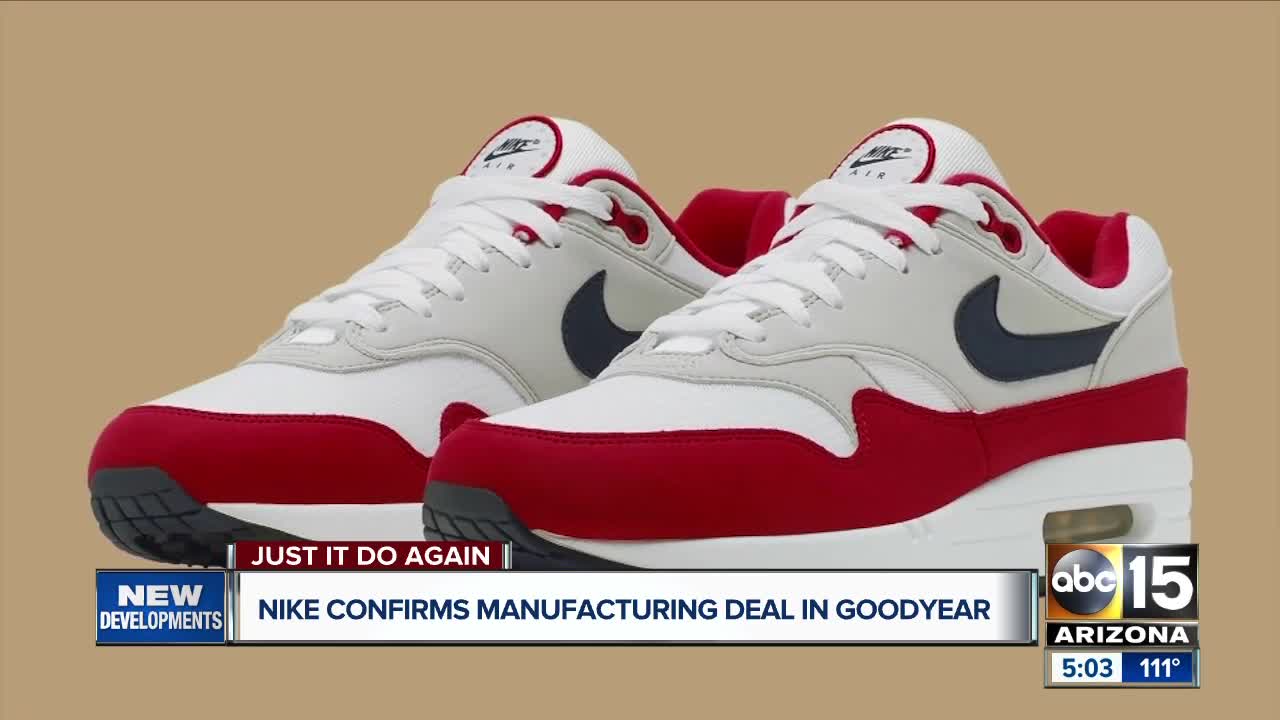 Just over one week after Arizona Governor Doug Ducey tweeted that incentives for a future Nike facility in Goodyear would be pulled because of a shoe controversy, he has now reversed course and tweeted that "we welcome Nike to our state." 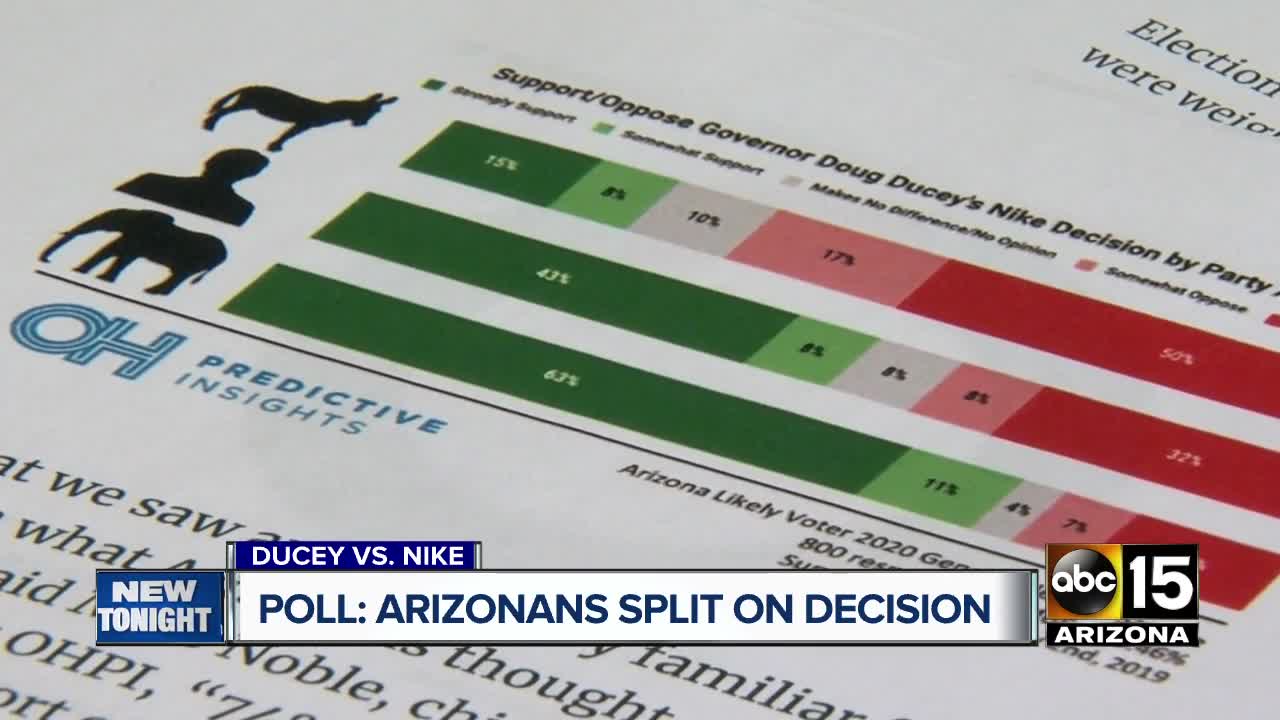 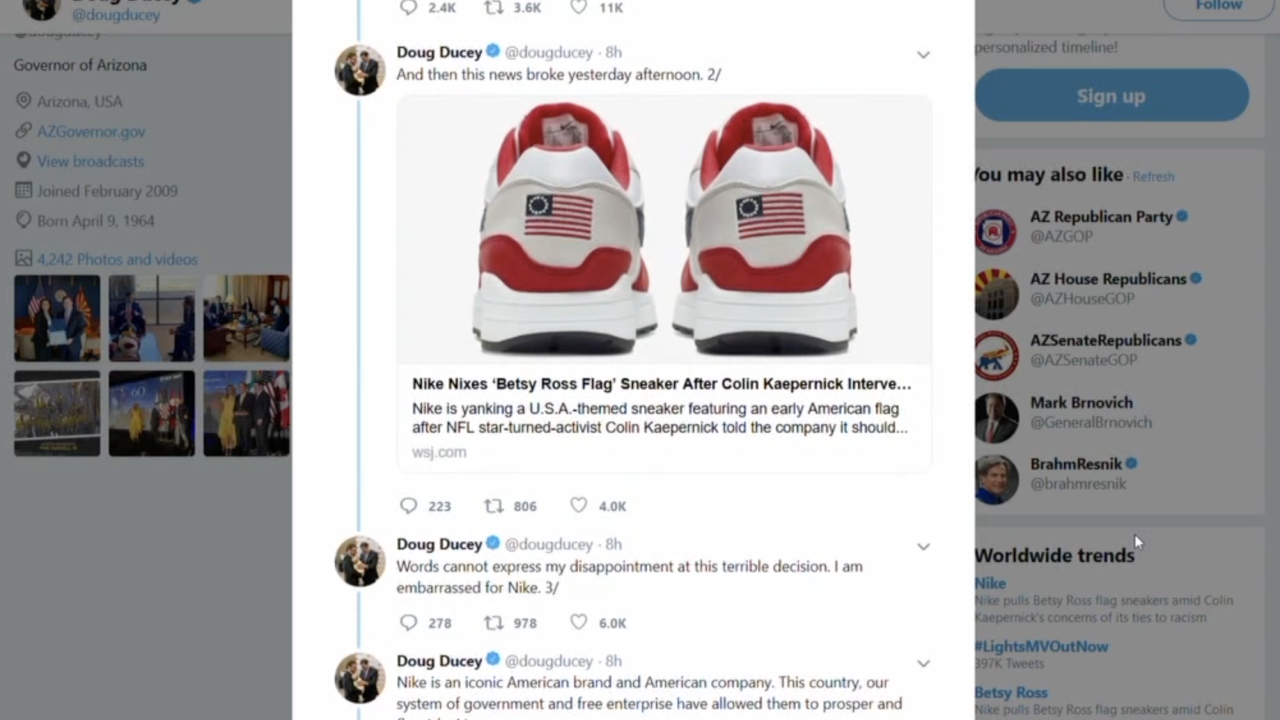 GOODYEAR — Just over a week after Arizona Governor Doug Ducey tweeted that "Arizona's economy is doing just fine without Nike," a rebuke to the company's decision to stop making a shoe featuring the Betsy Ross-inspired American flag, Ducey calmed his language, tweeting "we welcome Nike to our state."

On Thursday, Nike reaffirmed its plans to open a large manufacturing facility in Goodyear, Arizona and said it would bring $180 million in investments and 500 full-time jobs to the state.

In a series of tweets in the early morning of July 2, Governor Ducey announced that he had ordered the Arizona Commerce Authority to withdraw all financial incentive dollars that were meant to encourage Nike into adding a manufacturing plant in the Valley.

A spokesperson for the Arizona Commerce Authority on Thursday told ABC15 that those financial incentives that were withdrawn will not be reinstated for Nike.

Arizona’s economy is doing just fine without Nike. We don’t need to suck up to companies that consciously denigrate our nation’s history. 8/

On Thursday afternoon, Governor Ducey then tweeted that the Nike plant is "good news" for Arizona and that over 500 jobs would be brought to the Valley.

This is good news for Arizona and for @GoodyearAZGov. 500 plus jobs. Over $184 million in capital investment. Arizona is open for business, and we welcome @Nike to our state. https://t.co/ZLPkcs3dkD