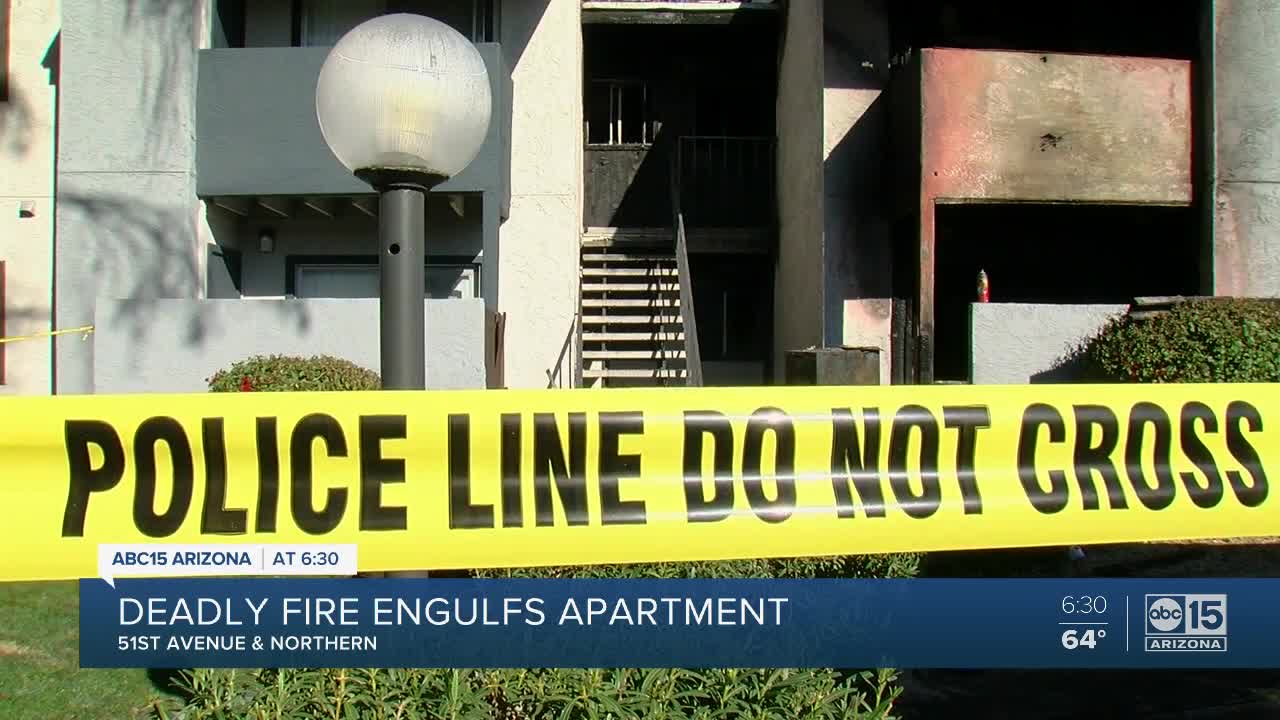 A woman and her dog were killed in an overnight Phoenix apartment fire. 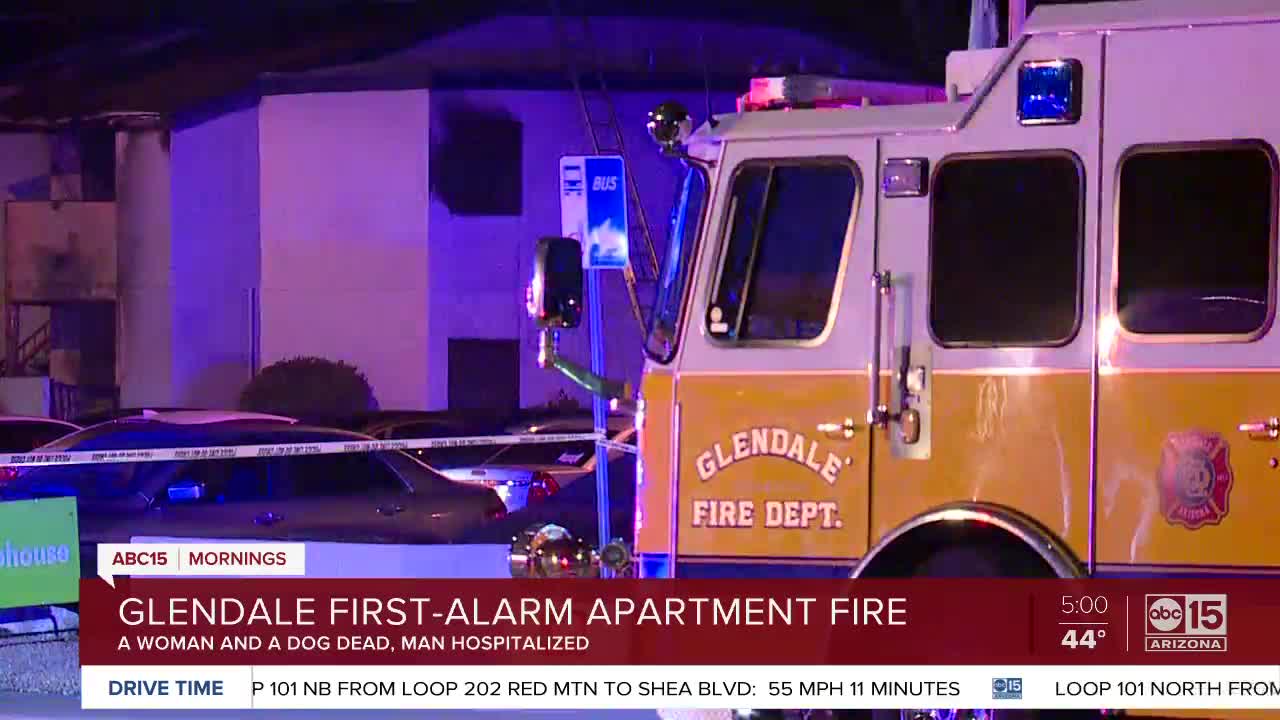 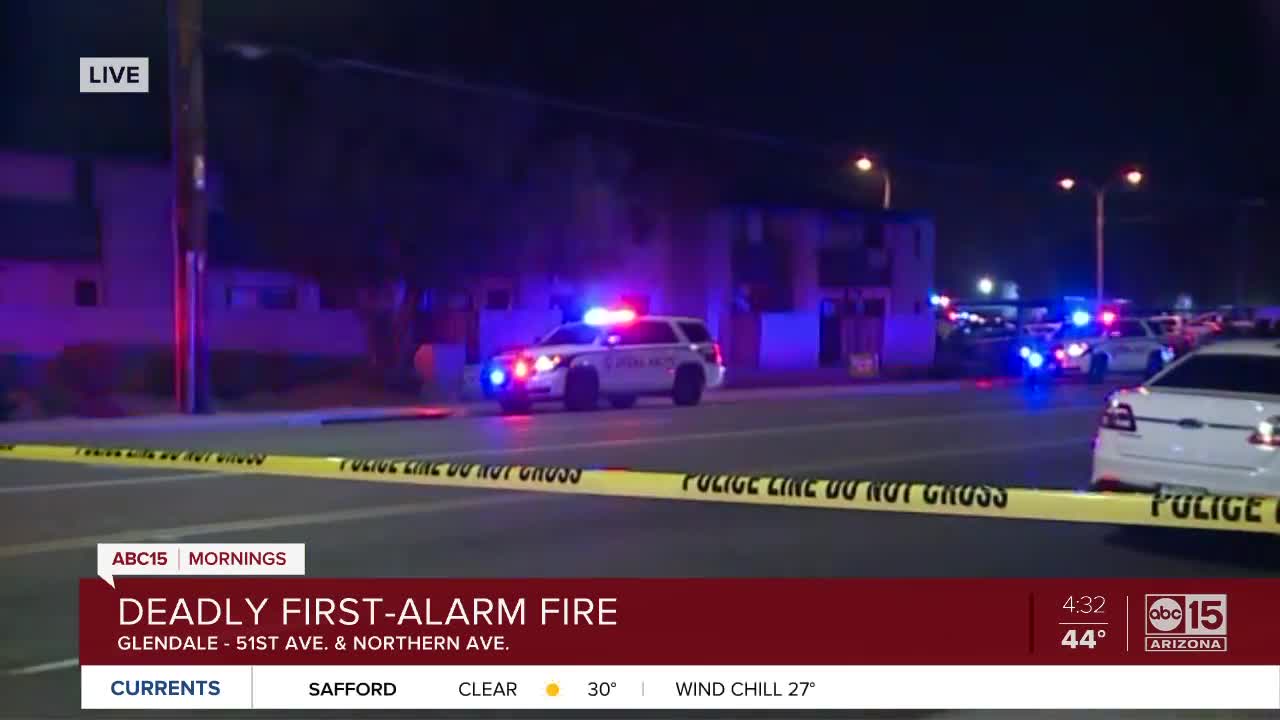 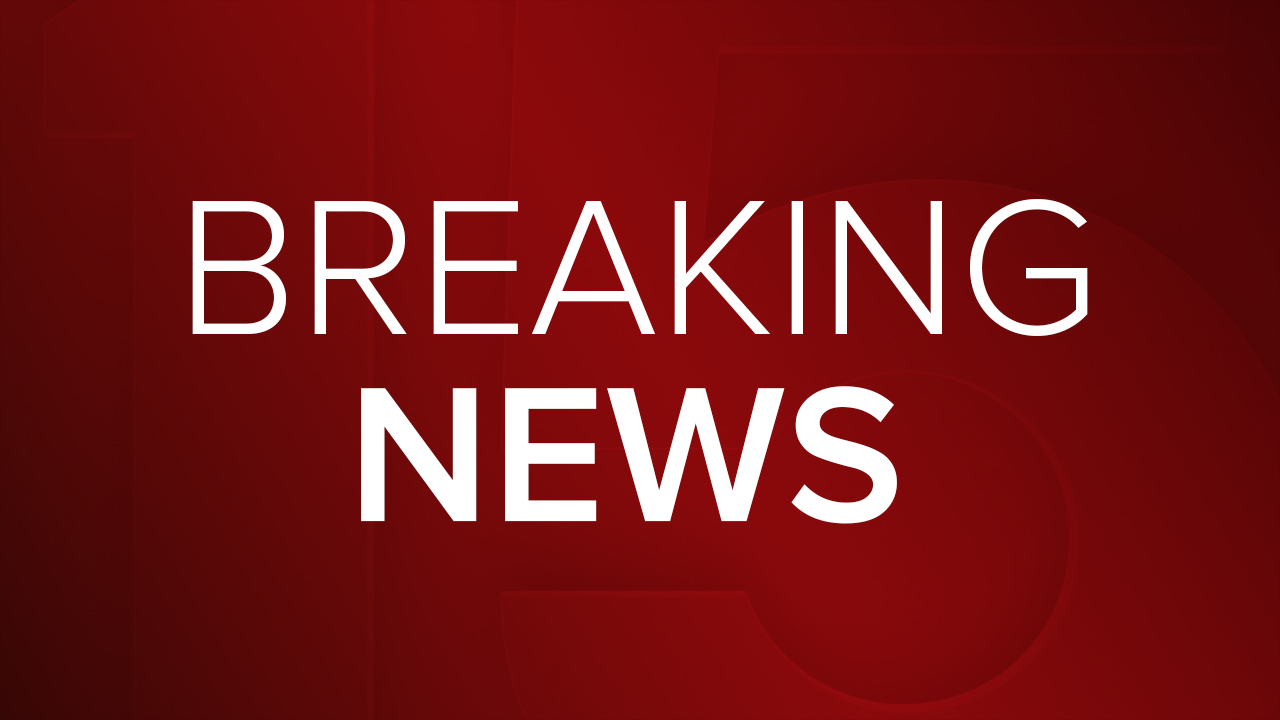 GLENDALE, AZ — A woman and dog are dead after an apartment fire in Glendale early Monday morning.

Fire officials say they were called to a reported fire at an apartment complex near 51st and Northern avenues around 2:30 a.m. They were alerted to the fire by occupants in an upper apartment who said a fire from a patio area below was starting to spread to their unit.

"Started knocking on all the doors yelling ‘you got to get out, get your important stuff out,’" said Haris.

The massive blaze jumped from the bottom floor apartment, gobbling up everything it touched.

Still in shock, Vancil lived in the apartment where the fire began.

"It started downstairs on our patio," said Vancil.

She says within seconds all she could see were flames.

Three people and one dog were able to escape the upper unit, though one man suffered severe burn injuries and was left in critical condition. Fire officials say one woman and a dog were killed in the blaze.

"She was just a sweetheart, she just loved everybody," said Brannan.

Brannan was friends with the woman who passed away.

He says her name was Heather and always had something nice to say.

Sharing with us she worked in healthcare as a nurse but had recently left her job.


"Her boyfriend was laying on the grass screaming she's trapped and he kept trying to get up and get a fire extinguisher and try and run into it, and there was no way he could get near it," said Brannan.

Heather's boyfriend sustained serious burns in the effort to save her and is now at a local hospital recovering.

But those now left to reflect on what happened...remain heartbroken.

"The world lost one they couldn't afford to lose," said Brannan.

Crews are still working to determine whether the lower apartment was occupied or if there were any residents inside at the time.

The American Red Cross says at least five units were affected by the fire, telling ABC15 they're assisting five to ten people with a place to stay as well as food and clothing.