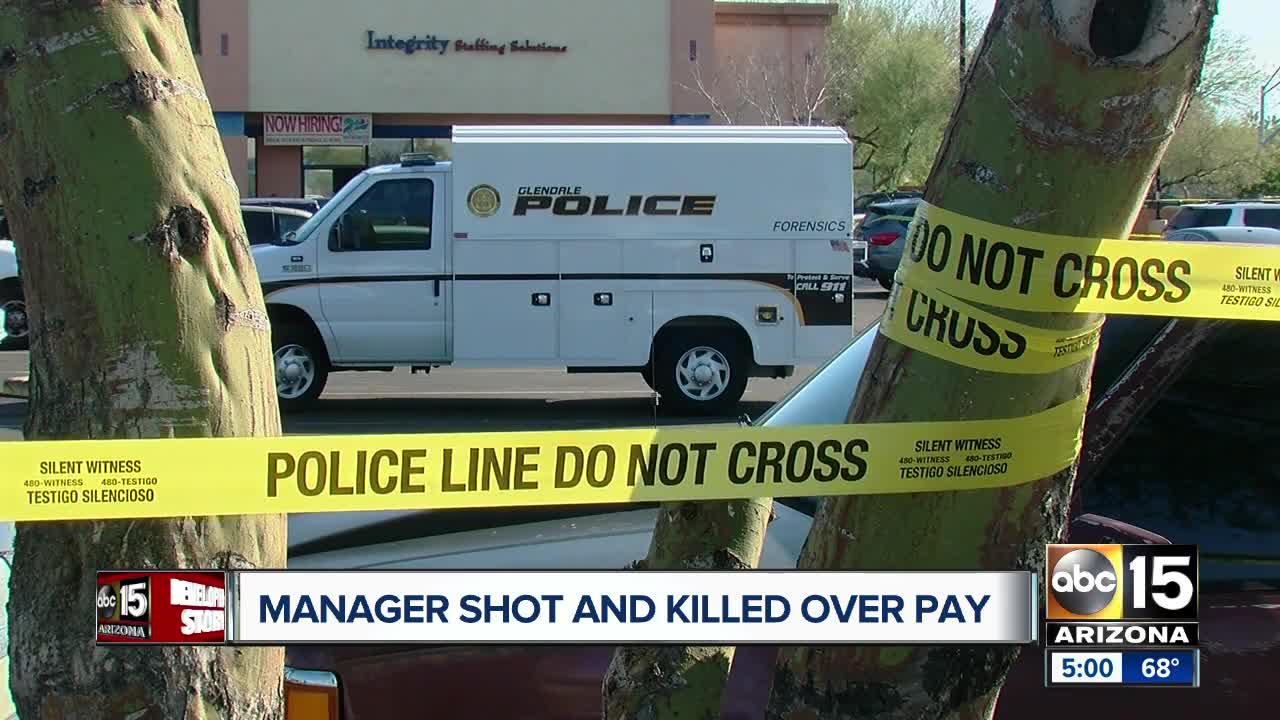 Authorities say 40-year-old Julius Grant went to the Integrity Staffing Solutions on Monday because he was upset with a pay issue.

GLENDALE, AZ — New police paperwork details the moments leading up to a deadly workplace shooting and a related officer-involved shooting that took place in the West Valley on Monday.

During the investigation, officials learned that Grant had resigned from his position at an Amazon warehouse after reporting a sexual harassment incident. Officials learned Grant “accused Amazon employees of trying to make him homosexual.”

Grant was also reportedly involved in a verbal argument with another employee in a parking lot prior to the shooting, when he "made a comment about blowing the person away if they got in his way,” police detail.

A woman who shared an office with the Isaacson said she saw Grant pacing outside the office before the shooting occurred. She said he then entered the shared office and fired three to four shots at Isaacson.

During the ordeal, the witness said Grant made statements like “Amazon, you’re making us look bad,” and “We love you, why don’t you guys want to pay us?”

The witness then said she laid down behind her desk and Grant grabbed her, pulled her out from the other side of the desk and pointed a gun at her forehead and chest before he was seen “calmly” leaving the scene in a vehicle.

Meanwhile, some employees were barricaded inside their offices and others ran from the building.

Officers were able to trace Grant to a location near 43rd Avenue and McDowell, where detectives surrounded his vehicle. Grant reportedly exited the car with a handgun when he was shot in the hand by police officials.

Police located a 9mm handgun and clothing that matched evidence and video from the workplace shooting scene in his car.

Grant reportedly told police during an interview that he went to the office to discuss a pay issue and Isaacson “indicated through body language that nothing was going to be done about his pay situation, so he shot him three times.”

Grant also admitted to pointing a weapon at the woman who was in the same office.

He could face additional charges related to the officer-involved shooting piece of the investigation. Police say he is currently facing charges of first-degree murder and aggravated assault.