No 'love' for Love’s: Neighbors band together to put the brakes on truck stop 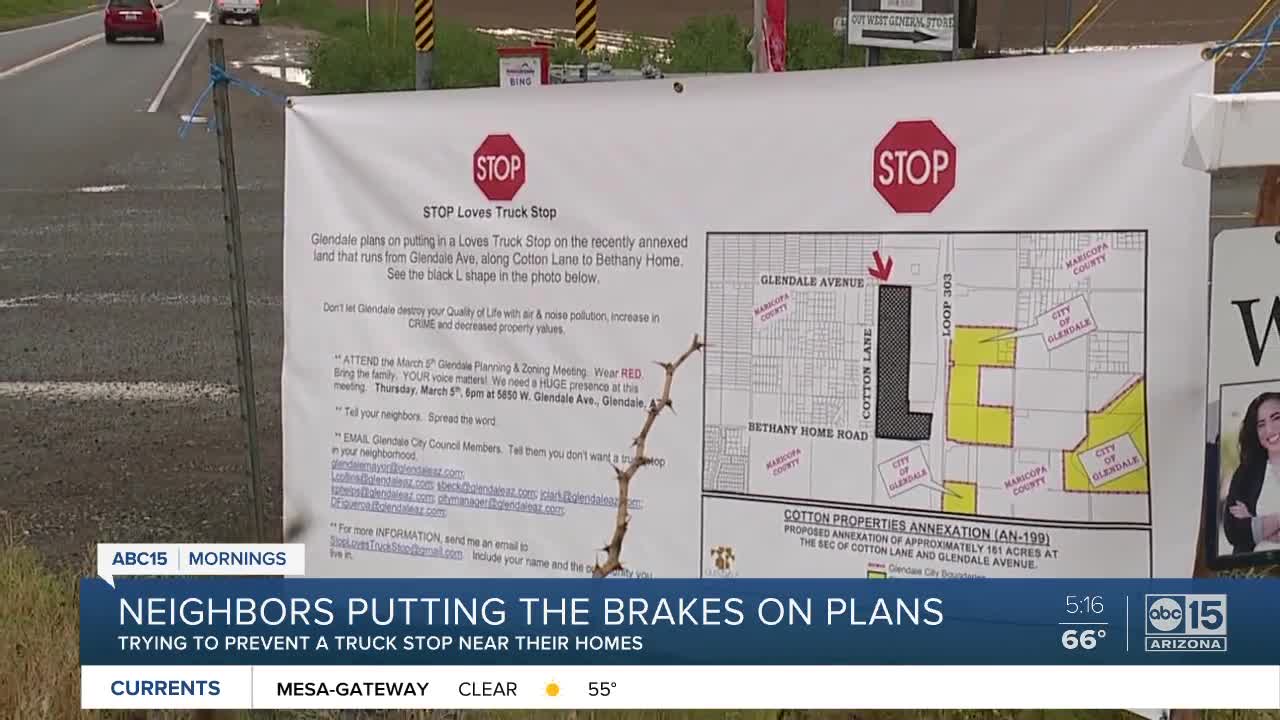 Residents in the West Valley are fighting a plan that could place a truck stop and several restaurants near their homes. 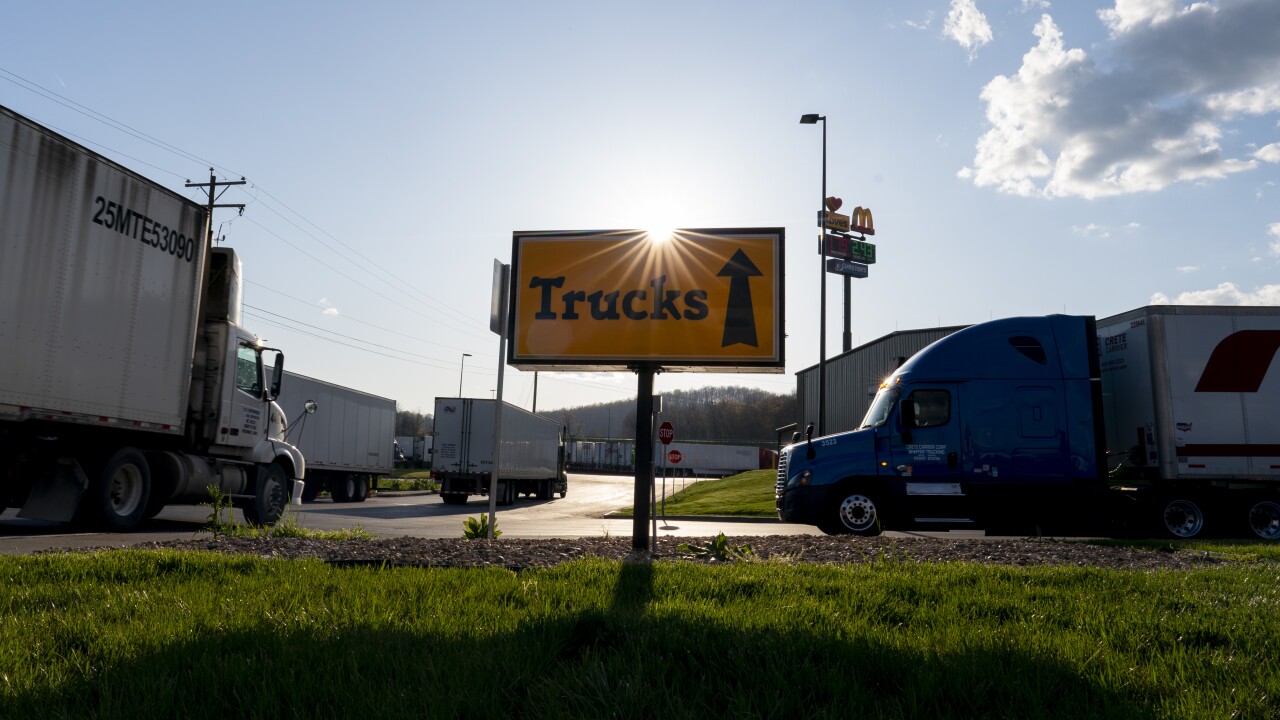 Residents in the West Valley are fighting a plan that could place a truck stop and several restaurants near their homes.

“We immediately started checking with our neighbors via social media and face-to-face, started making some phone calls and then we started doing more research and sending emails to the city,” said CJ Unzen, who helped organize the grassroots group.

Unzen first learned of the plans shortly after a Glendale city council workshop in November. She and others against the proposed plan off Bethany Home Road near Loop 303 are residents of Waddell, however, the land in question was recently annexed by the City of Glendale. She said the group is concerned about potential crime and safety issues, health concerns from diesel exhaust and an increase in traffic.

Still, in the November presentation, city staff cited the growing number of warehouses and industrial buildings built or planned for the area near where the travel center would be built.

Attorneys for the city will host a neighborhood meeting on Thursday night to address potential concerns and the Glendale planning commission is set to address rezoning the now-agricultural land on June 4.

Glendale officials confirmed to ABC15 they’ve received messages from the group expressing their concerns and reiterated the city is still working through the zoning process.

“We are under contract for the property and are going through the due diligence portion of the process. We worked with a traffic engineer to conduct a traffic study, which is being reviewed by the City of Glendale and the Arizona Department of Transportation.

We’re looking to purchase 10-12 acres for a Love’s Travel Stop with one to three restaurant concepts. Customers have enjoyed Love’s in Arizona for years. In fact, this would become our 13th Love’s Travel Stop in Arizona. Our locations are known for our highway hospitality, clean places and friendly faces – along with Love’s-branded and nationally known snacks and drinks.

We take pride in employing local members of the community, and since our beginning in 1964 have placed safety at the forefront of everything we do. We have developed strong relationships with residents and local officials in the 41 states where we operate. We’ve done that in part by working with local officials to mitigate concerns when they’ve developed.”