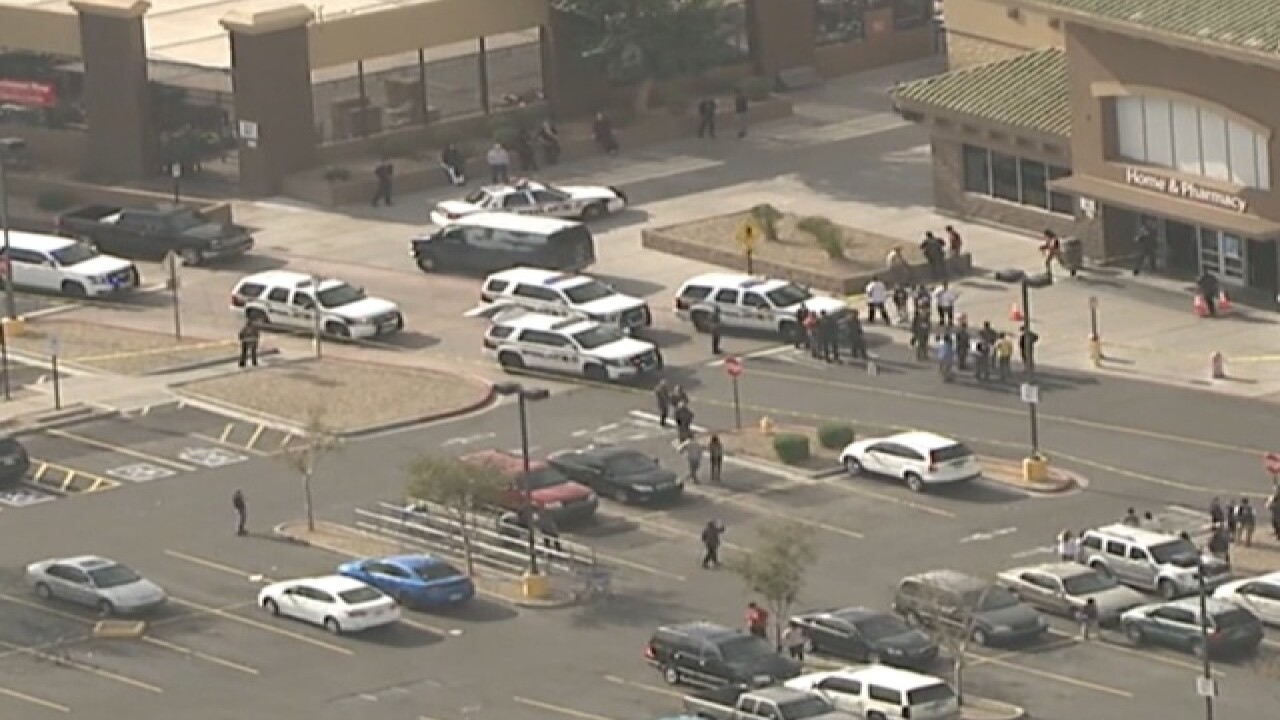 Police are on the hunt for a suspect after two people were shot at a Glendale Walmart Wednesday.

The shooting happened shortly after 11 a.m. near 95th Avenue and Camelback Road.

"I just got down and praying asking God to protect me," shopper Dwayne Blanding said.

Two people were shot and their injuries were considered to be non-life-threatening, said police.

Police are looking for at least two male suspects who left the scene in a black sedan.

It is believed that the victims and suspects knew each other, but police said they are still looking into the extent of their relationship.

"From what we are seeing, this is not random gunfire," Glendale Sgt. Scott Waite said. "The victims and suspects appear to know each other."

Police said the suspects and victims got into an argument outside the store in the parking lot. At some point, the victims went into the store and were confronted by the suspects as they were exiting.

One suspect fired his weapon, said police. The role of the second suspect was still being looked into, police said in a Wednesday afternoon update.

Sgt. Waite said one of the injured men also had a gun and "we don't know if the victim did pull a gun on them and whether this was self defense."

Viewer video also showed one individual being taken out of the store on a stretcher.

Police closed down the store as they investigated, but the store later reopened, shortly before 5:40 p.m.

We take the security of our associates and customers serious at all times.
This appears to be an escalation of a personal issue that has nothing to with our store.
We will provide law enforcement with any information they need as they look for those responsible.

Glendale police said they are continuing to investigate the incident.

Stay connected:
Copyright 2016 Scripps Media, Inc. All rights reserved. This material may not be published, broadcast, rewritten, or redistributed.