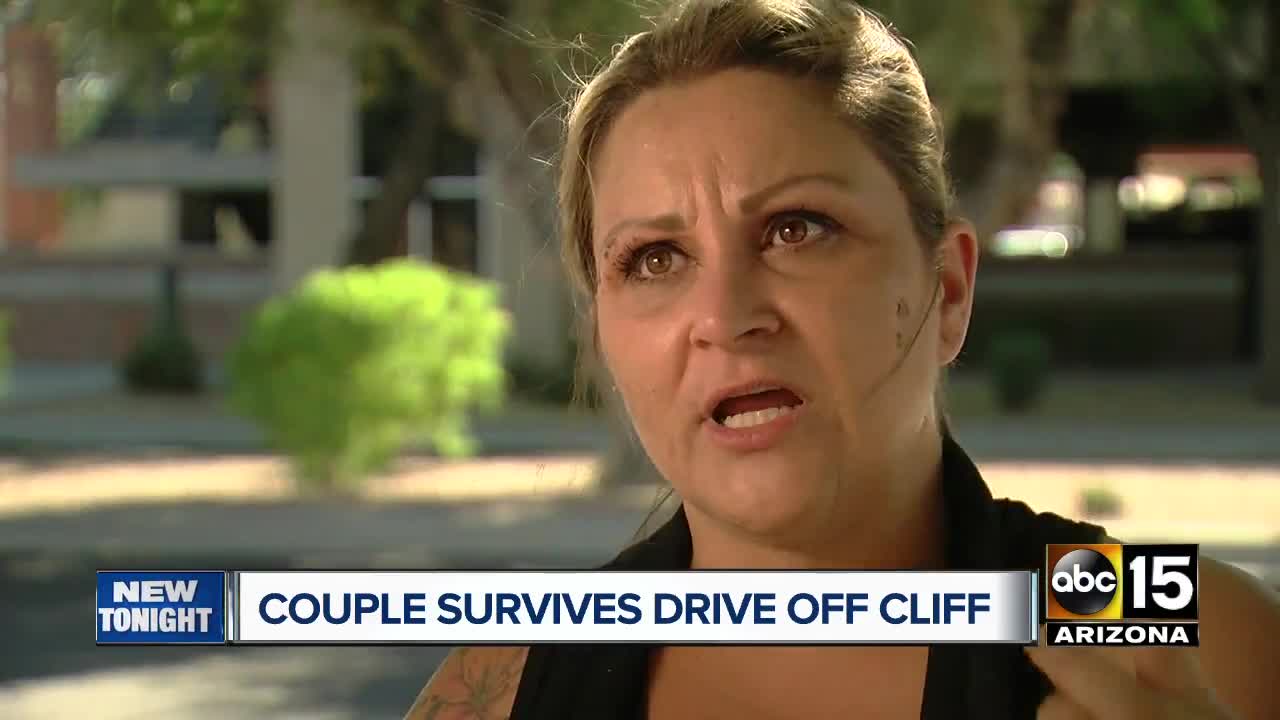 Couple drove jeep off cliff while on vacation in northern Arizona. 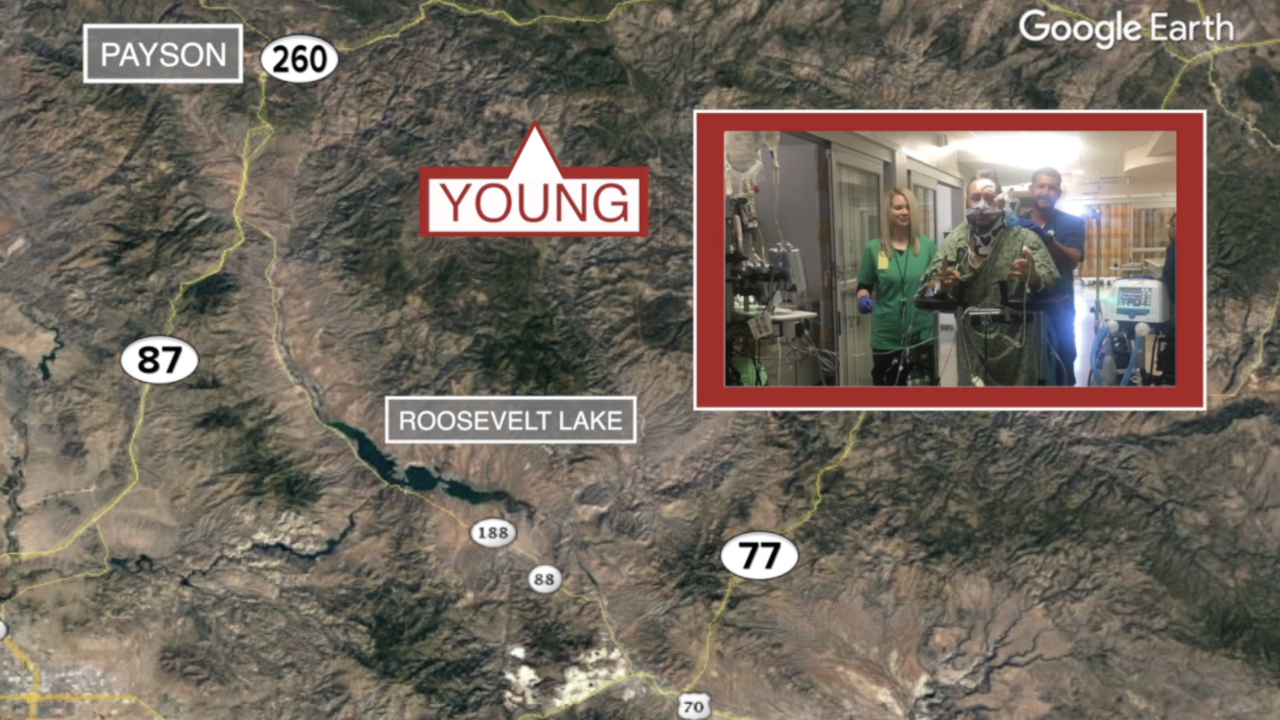 GLENDALE, AZ — A Glendale couple is getting a second chance at life after a weekend vacation took a terrible turn.

"We get one weekend a year, and we can't afford much, so we rented a cabin up north," said Shanelle Bates.

With seven kids at home, getting away isn't easy for Bates and her husband Matthew Kunowski, so the couple headed to Young, Arizona to recharge.

"We went into Payson to Walmart, got our groceries for the weekend and started heading back up to the cabin only a few miles away," said Bates.

The back country roads were dark and unfamiliar. "We didn't know those roads twisted and turned. That's all it took was that split second and we went to turn and we went off," said Bates.

Their Jeep tumbled down the side of a cliff sending them crashing more than 80 feet to the forest floor.

"I woke up, I was still in the Jeep, we had our seatbelts on, but my husband wasn't," said Bates in tears. Kunowski had been thrown from the jeep.

Bloodied and broken, it was a race against time to find help. "I told him to follow my voice, and I can see him kind of staggering and I'm like get down on all fours, crawl, find your strength and get to me, I can't live without you," said Bates breaking down recalling the moment.

Scared, injured and in the dark, the couple struggled for miles, climbing a steep cliff and wandering around the forest until a familiar sound renewed their hope.

"We heard a dog barking and I knew someone was there," said Bates.

She says a local resident spotted them and called for help.

The couple was airlifted to the hospital to be treated for their injuries.

Bates escaped with a broken collar bone, cuts, and bruises. Kunowski, however, remains in the ICU with a broken jaw, broken ribs and his mouth wired shut.

But somehow, some way, both are alive and reborn with a new perspective. "Life can be taken from you in an instant and I thought it was, I thought we were gone," said Bates. "But our kids needed us and it wasn't our time to leave them."

Bates and Kunowski face a long road to recovery with mounting medical bills in tow.

With both out of work, they've set up a GoFundMe account in hopes of helping care for their family until they're back on their feet.

"Hug and love those who are in your life because you'll regret it if you don't, you just don't know what's around the corner," said Bates.