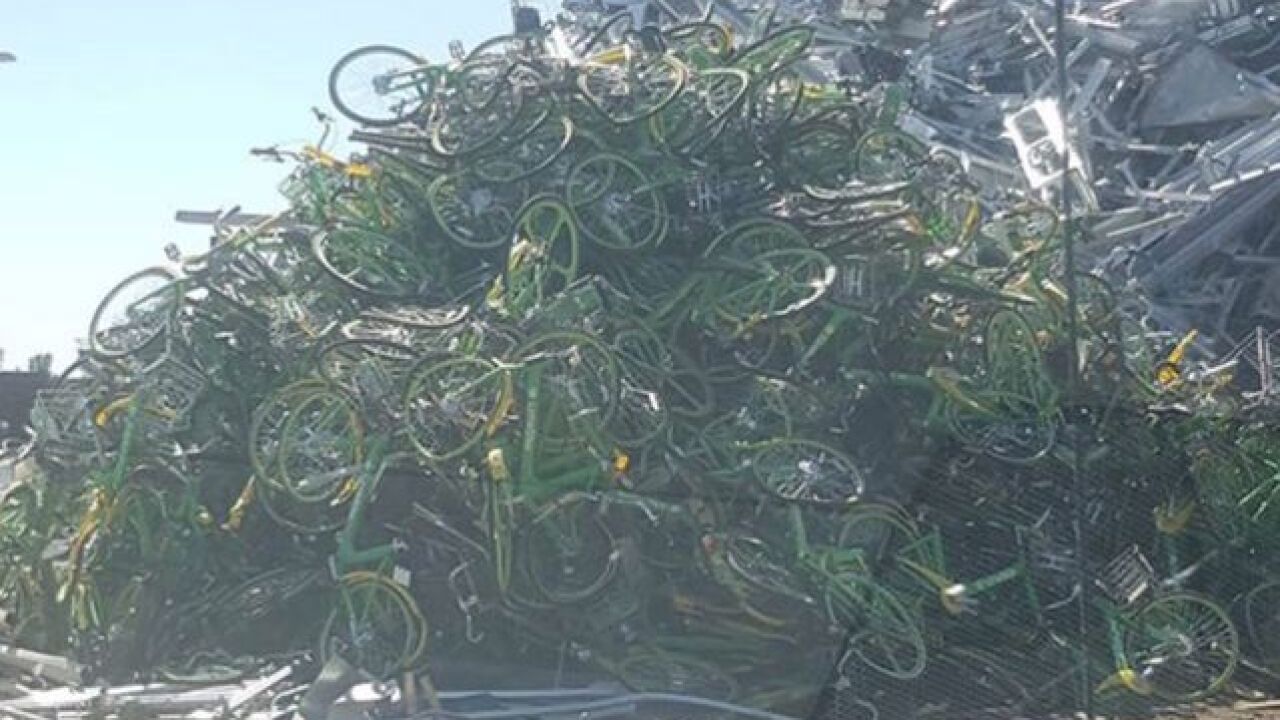 Copyright 2018 Scripps Media, Inc. All rights reserved. This material may not be published, broadcast, rewritten, or redistributed.
<p>Photo: Tom Hicks</p> 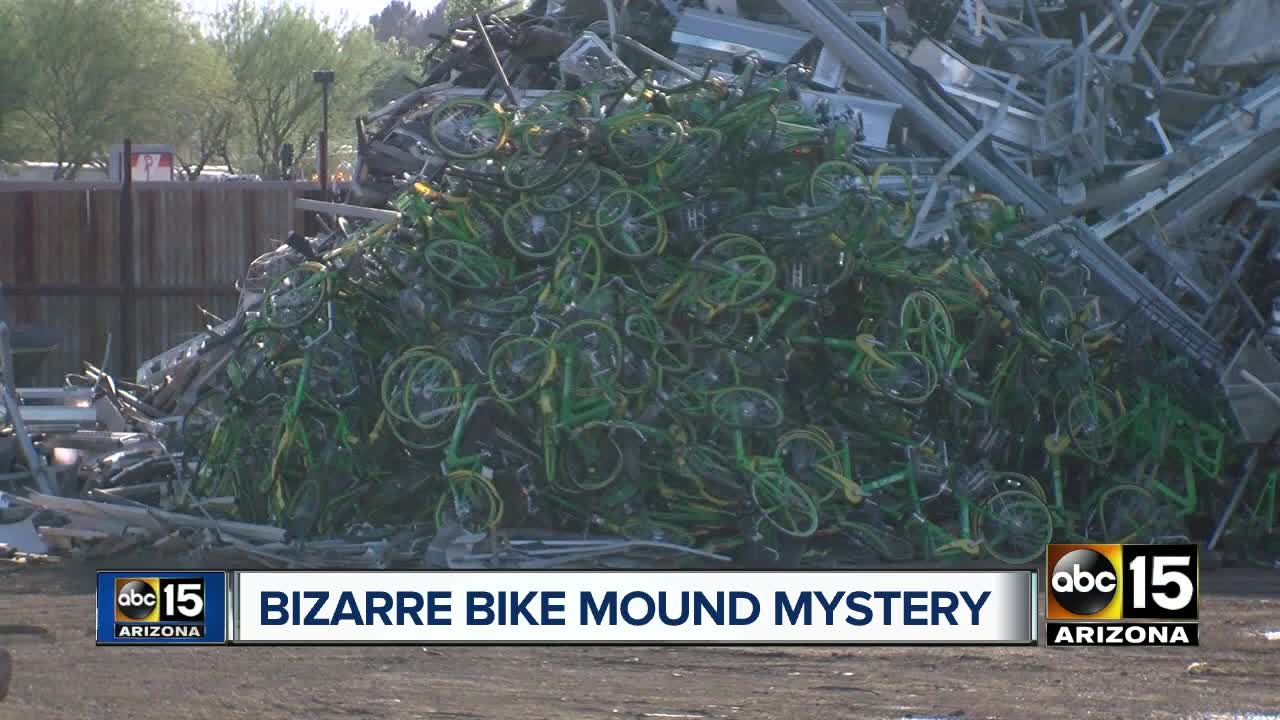 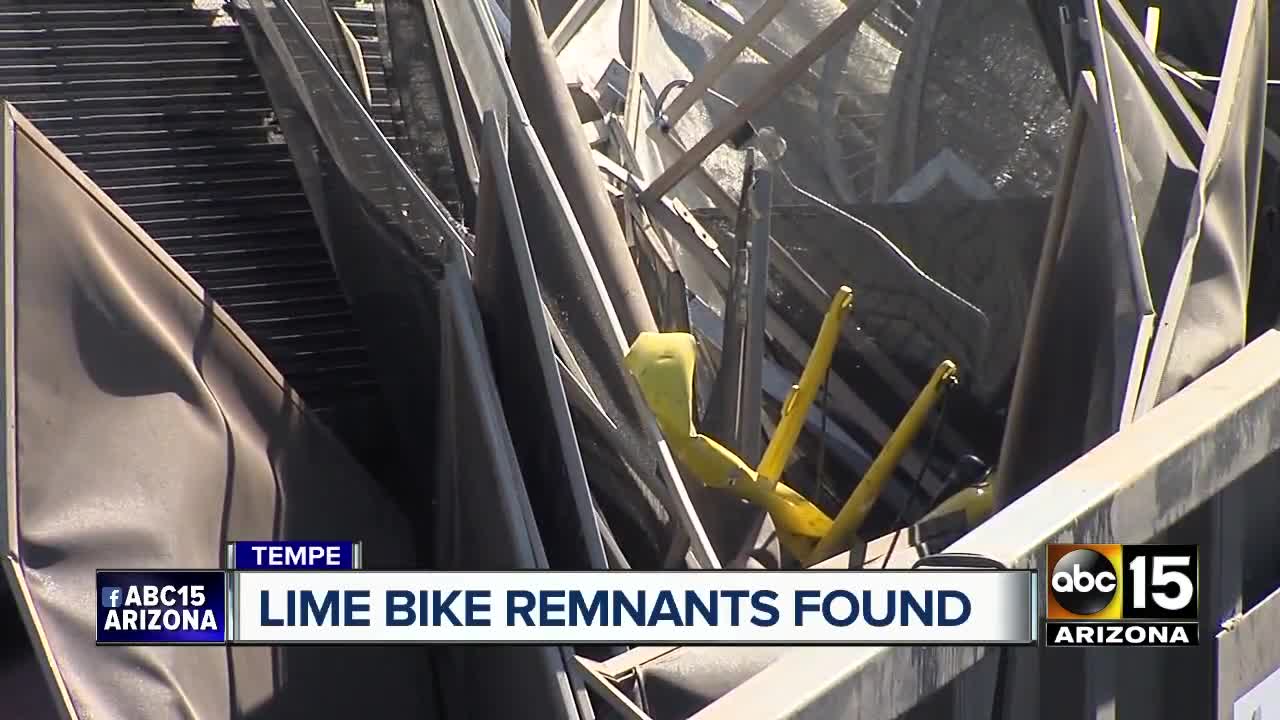 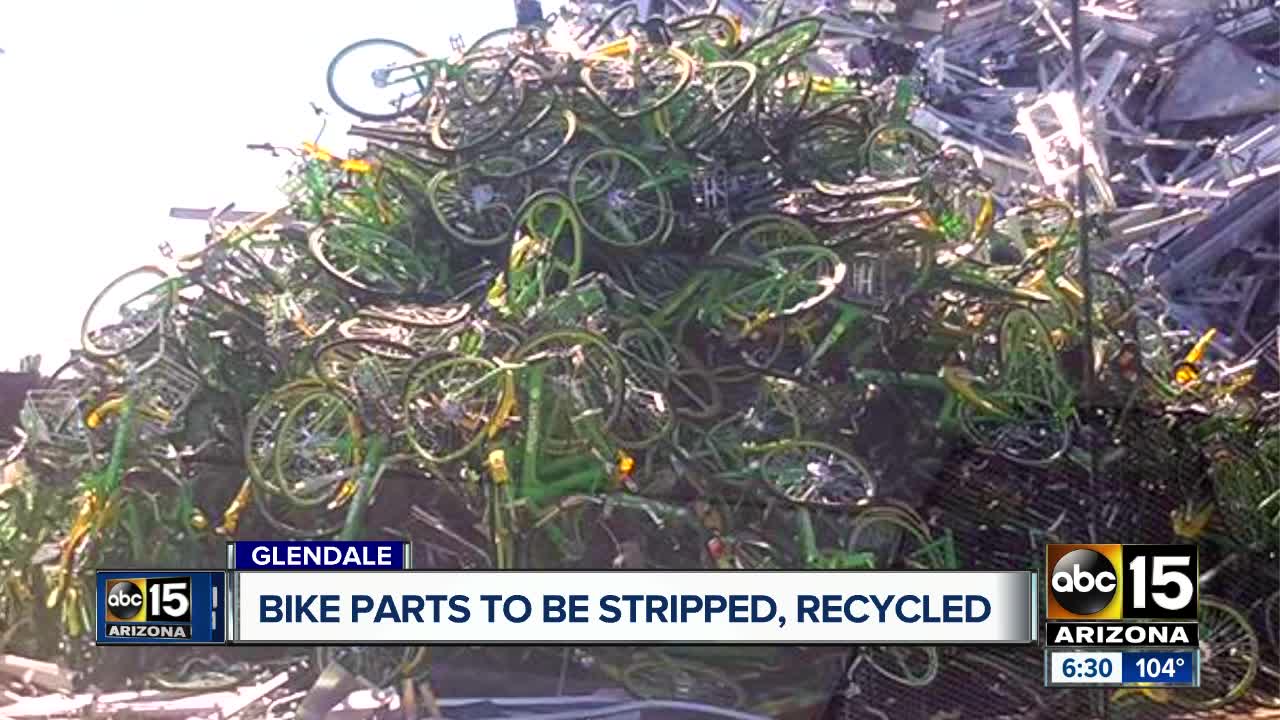 ABC15 spotted dozens — if not, hundreds — of Lime rental sharing bikes dumped in a Glendale scrapyard after a viewer tip.

“It was half the size of my house,” Tom Hicks said, describing the pile. Hicks was stopping by Southwest Metals near 55th Avenue and Bethany Home Road when he saw the pile and sensed something was off.

“They still had their brakes, their seats, their baskets,” he said.

RELATED: Who picks up dockless bikes?

Lime recently launched its dockless bike service in Scottsdale, Mesa and Tempe. On it’s website, the company claims to be a “sustainable solution” with the goal of “eliminating the carbon footprint.”

“It wasn’t a matter of just a guy in a truck coming and dumping a few of these things off that may’ve been damaged,” Hicks said, adding what he saw left a sour taste in his mouth.

“Those bikes easily could’ve been given to the needy, dismantled, painted a different color and given to the kids or something,” Hicks said. “Just to throw them away like that was just ridiculous.”

"We work with numerous recycling facilities to ensure that any bikes that are beyond repair are disposed of in a responsible, green manner. We have confirmed with one of the recycling facilities that the bikes pictured are in the middle of the recycling process, and will be further stripped down, separated by metals, and recycled properly. To prevent the issues that foreign bike companies have had, Lime is doing everything we can to ensure that our fleet is repaired, reused, and recycled in a way that is responsible and sustainable. We are working closely and proactively with sustainability experts to assess bike and scooter lifecycle, and will continue to establish ways to further enhance our sustainability efforts."

Southwest Metals was closed and a phone call went unanswered.