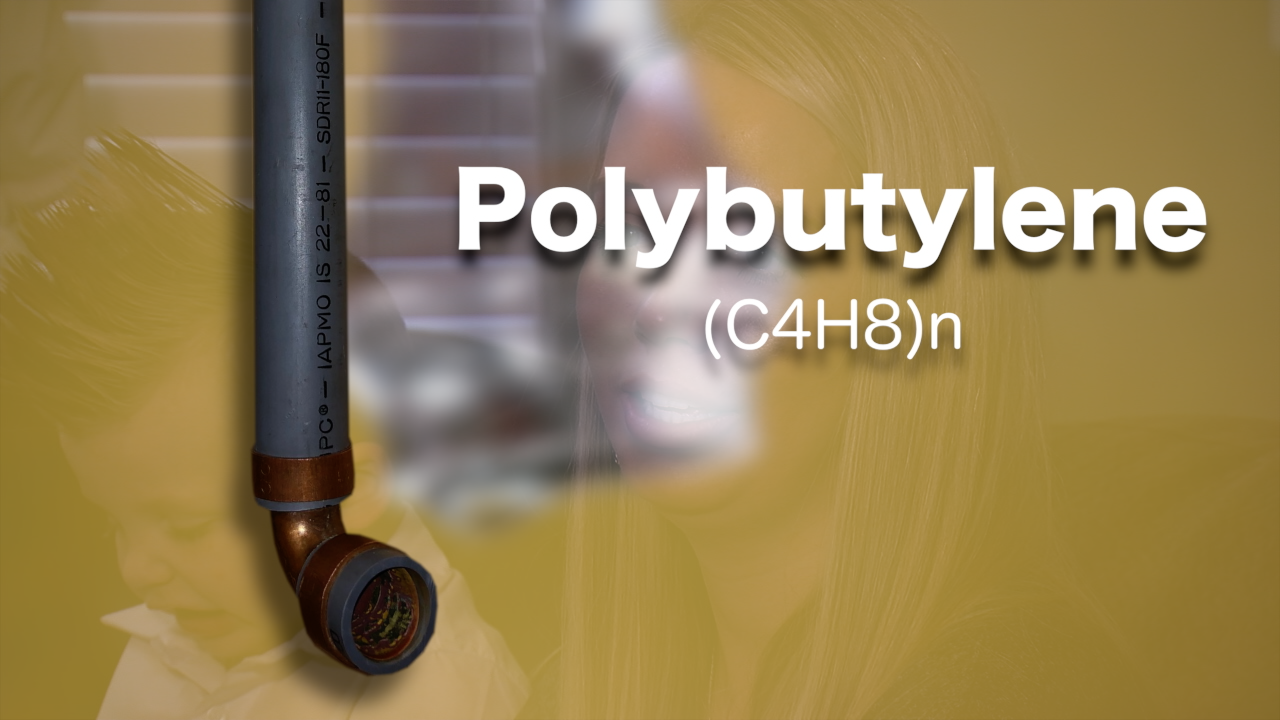 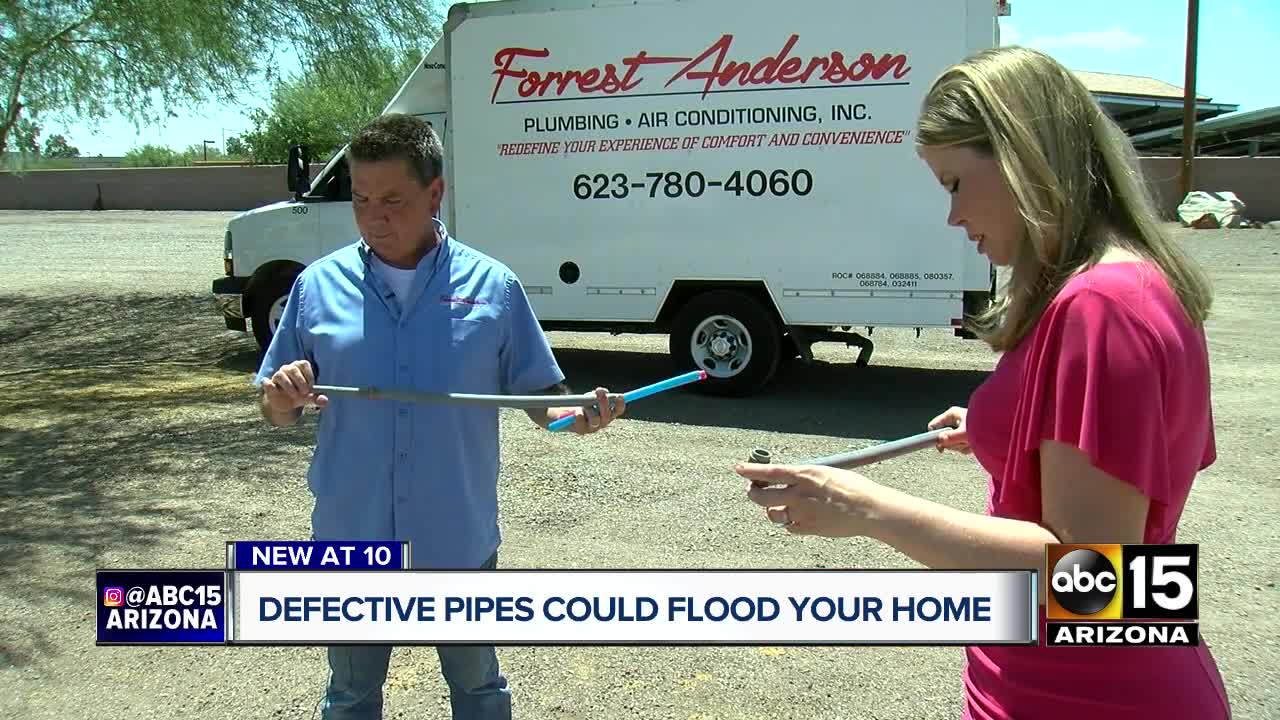 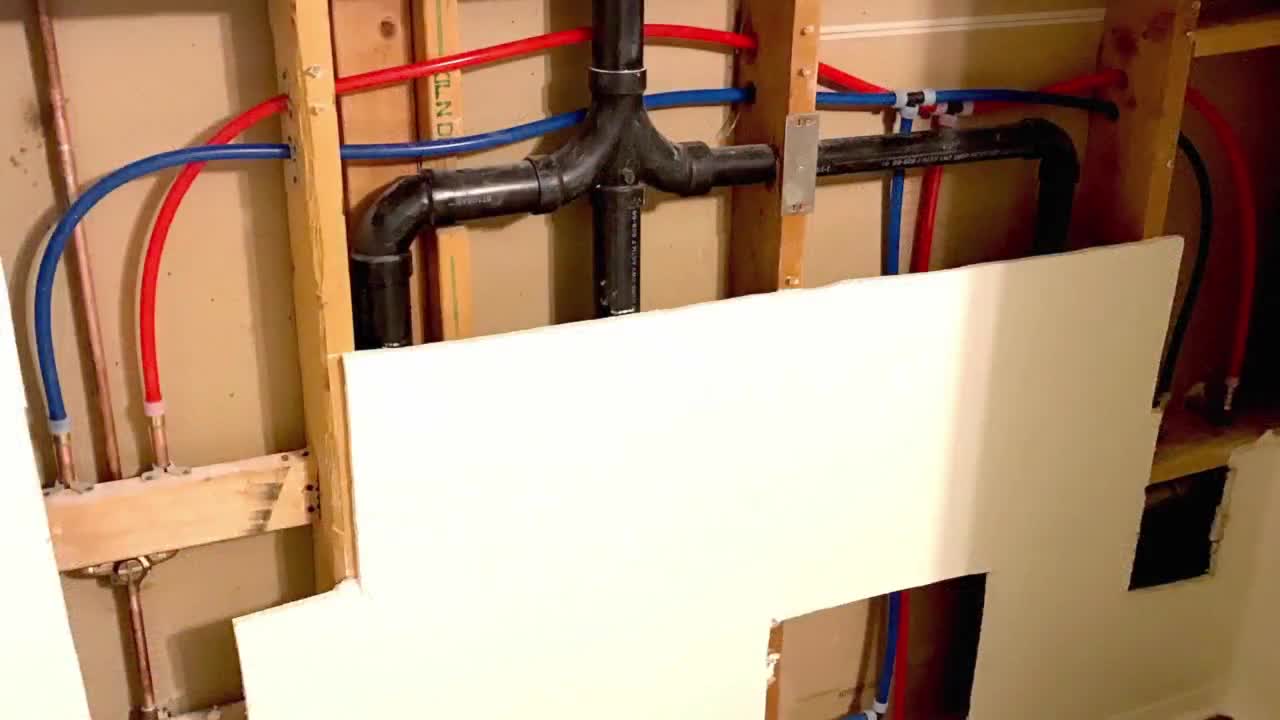 GLENDALE, AZ — Julia Allgrove's water woes started in the garage just four months after she bought her house in Glendale.

"I ran to the neighbors, and I was like, 'Oh my gosh! Help me turn off the water!'" Allgrove said.

A second pipe burst happened in the kitchen six weeks later. It ruined the ceiling, walls and floors.

Allgrove said neither her home inspection report nor the seller's disclosure form alerted her to the defective polybutylene pipes in the walls before she closed the sale in November.

"I had no idea what it was because it was something that was used when I was a toddler," Allgrove said.

Builders installed polybutylene water supply pipes in millions of American homes from 1978 to 1995, until the pipes were pulled off the market for being defective. A billion-dollar, class-action lawsuit settlement paid for some homeowners' polybutylene leak repairs, but the payouts have ended.

Polybutylene pipes installed in Arizona are usually gray, and they may have copper crimp rings and elbows. "Qest" or "PB" could be printed on the pipe. A simple way to determine the kind of pipes in a home is to look in the attic above the water heater.

Allgrove said her plumber did repipe the entire house to avoid future floods. It cost her $7,500.