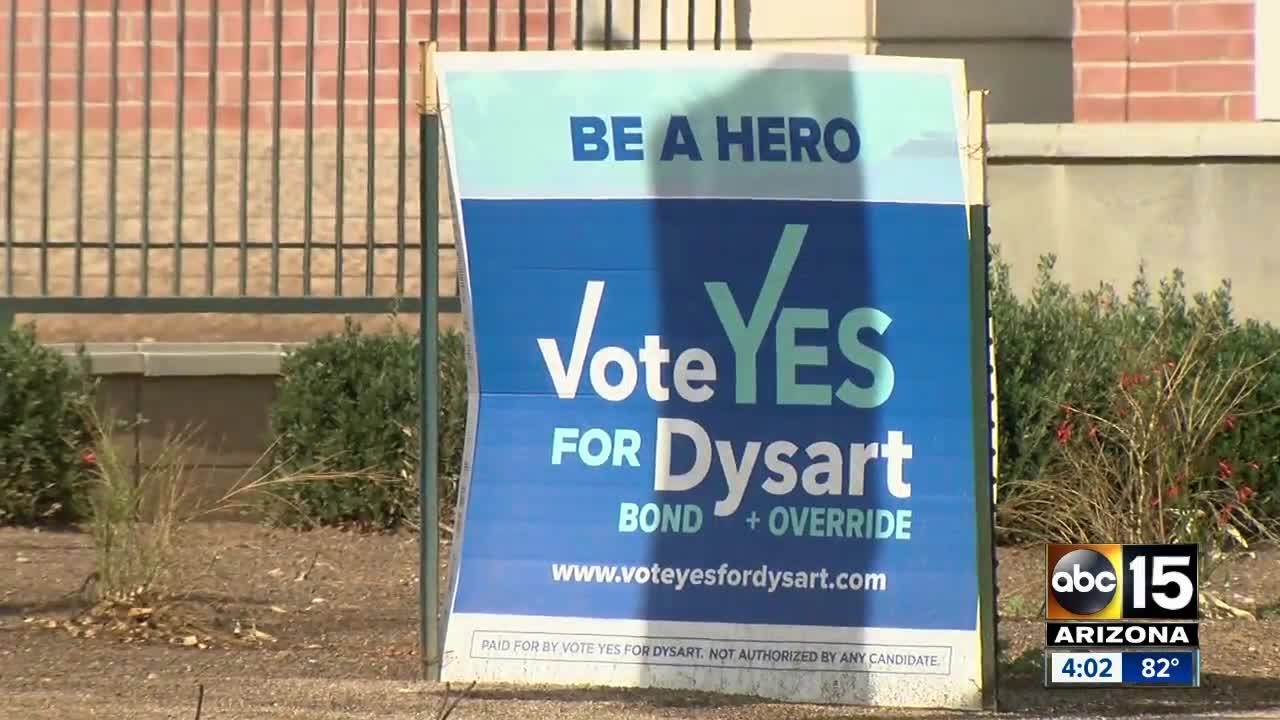 Dozens of school districts across our state are now planning their futures after Tuesday's special election. Voters approved a majority of the bonds and overrides on the ballot, but that was not the case for Dysart Unified and several other west Valley districts.

It was class time as usual for the kindergarteners at Marley Park Elementary School in Surprise Wednesday, but these typical days could be numbered.

"It actually has one more year of life left in the current override," said Dr. Quinn Kellis, superintendent of Dysart Unified School District. "If it doesn't pass next year then we will start making cuts by one-third."

Voters rejected the district's request to continue its 15 percent override, with 57 percent voting "no." That money supports programs like free all-day kindergarten, the arts, physical education and teacher retention. Meantime 52 percent of voters rejected a $125 million bond. With the surrounding area growing, Kellis says plans to build two elementary schools and buy land for a new high school are now on hold.

"We know the state's not going to build us two schools," said Kellis. "The only way we can build two schools is with support from our community."

Increasing property taxes is no easy ask, especially with many residents on fixed incomes. However failure next year will force some tough choices, like in 2015 when 143 teachers were cut because the override didn't pass.

"It was really devastating," said Jennifer Pulbratek, who teaches in the Peoria district now but worked in Dysart during the massive cuts. "I wasn't cut but some good friends were cut and you just hemorrhaged, we were hemorrhaging the next year and we were sad because we had been evaluated and judged and all that."

Dysart is not alone in counting on voter-approved funds, and while it is not ideal, Kellis says state budget cuts have made this their reality.

"We still find ourselves about $85 million short from what we would have gotten had those cuts not been made," Kellis said. "We can build two schools with $85 million."

Dr. Kellis believes the measures would have passed if more people voted. The district will put the override and bond back on the ballot next year, hoping a presidential election year will increase voter turnout.