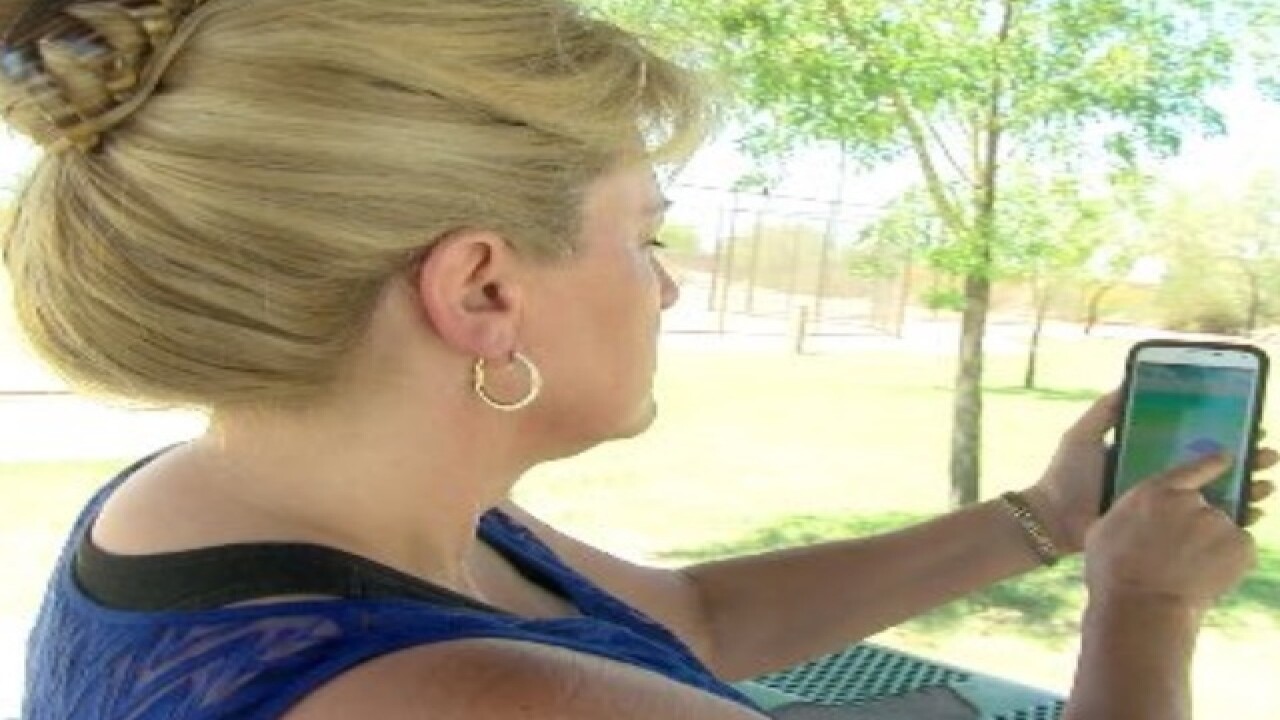 A woman credits the new Pokémon Go app played a role in helping save a young boy who was suffering extreme heat-related illness symptoms over the weekend.

Jeanette Warren said she would've never been at the Tartesso Sports Park in Buckeye had it not been for the new app her son installed on her phone that she was trying out.

The app uses a cell phone's GPS to guide users to virtual creatures and points of interest around them.

CHEAT SHEET: Where to find elite Pokemon across the Valley

Sunday morning, her app lead her to the neighborhood park, where she noticed two teenage boys ordering a younger boy around near the playground.

Warren said she didn't think too much of it at first, thinking it could've been sibling rivalry.

But after leaving the park, she felt uneasy. She returned to the park before noon to keep playing the game and to keep her eyes on the boys, and Warren said the behavior continued.

"I noticed that the little boy was running back and forth in the sun, and at this point, I'm thinking it's just way too hot for this kid to be running," Warren said.

With temperatures in the triple digits, her concern for the boy grew, and his condition appeared to get worse.

"I noticed that the little boy was on the ground, and one of the older boys was standing over him and yelling at him. At that point, I just called 911," Warren said.

Warren said the teens made the boy, whose legs were wobbling, get on his bike, and they all rode off.

But by the time they reached the dirt lot across the street, the boy collapsed.

Warren described him as pale and no longer sweating, exhibiting signs of heat stroke.

The teens had taken off.

"[I was] pretty much horrified. It was a very difficult experience," Warren said.

The boy may have suffered a seizure in the heat and was taken to a local hospital for treatment, according to Officer Tamela Skaggs with the Buckeye Police Department.

"There is no way that I would've ever been here without this funny little game," Warren said.

RELATED: 5 pointers to help you be the 'very best' at Pokemon Go

Her son said his mother has always been his hero, "So to have everyone else see what a hero she can be is really great," Joseph Pinkley said.

The Buckeye Police Department and Buckeye Fire Department were not able to give an update on the boy's condition or any information on the teens Warren said were with the boy.