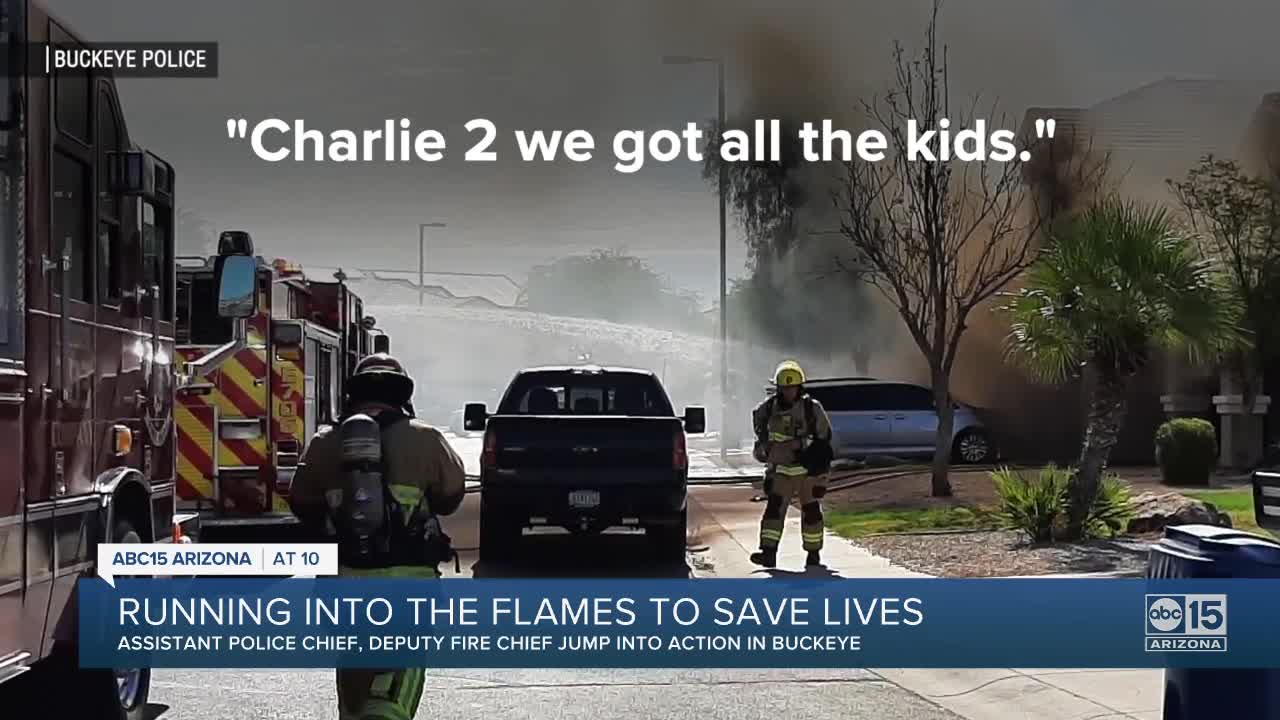 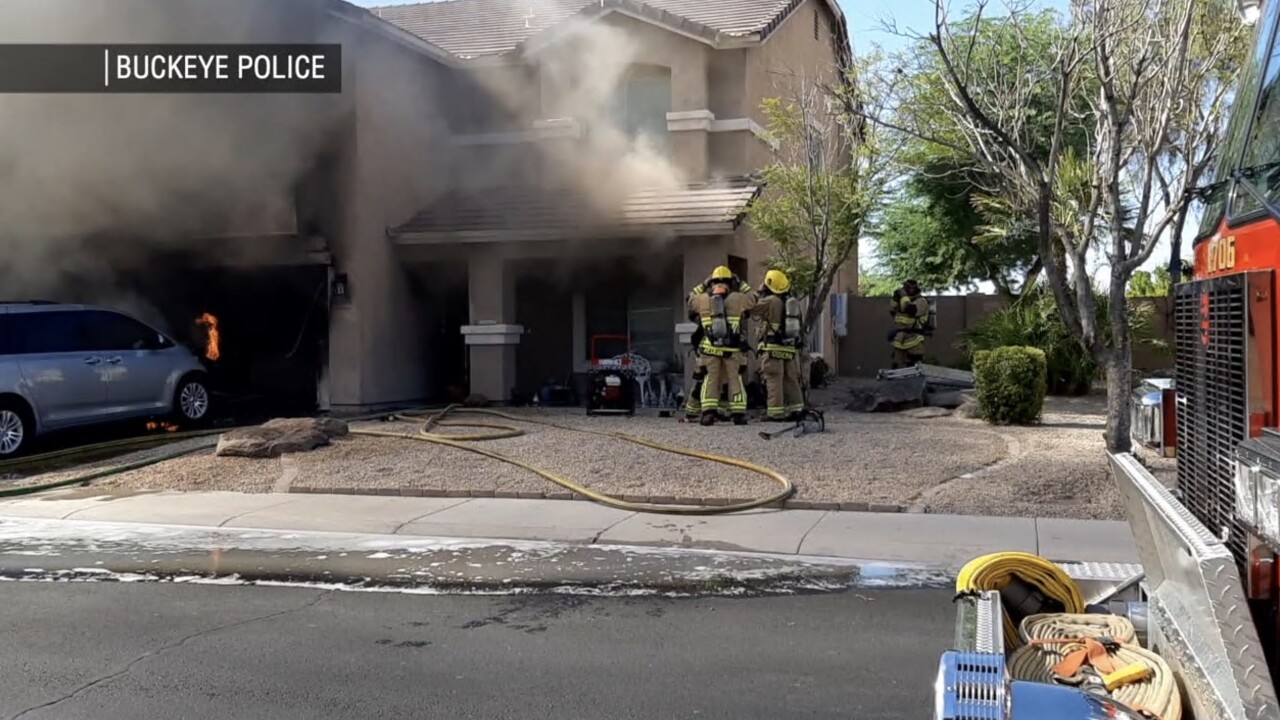 BUCKEYE, AZ — Two Valley first responders are being called heroes after they rescued two children and their pets from a house fire in Buckeye Tuesday.

“This is absolutely their calling and that’s why they could just fearlessly run in there and risk their lives,” said Aaron Hall.

“I just came outside, I look to the right where I heard the shouting and I saw two of the kids and the family outside and the flames just engulfing the house,” said Hall.

What he didn’t know was two other children remained trapped inside.

“Charlie 2 we got all the kids” can be heard in the 911 calls from the scene. The voice on the call is Buckeye Assistant Police Chief Bob Sanders.

“He didn’t hesitate for one second, he went right in,” said Buckeye Police Chief Larry Hall.

Chief Hall says Sanders was on his way to a meeting when the call went out and happened to be just around the corner. He pulled up to the home 55 seconds later.

“He just ran in there, took the boy out and took him to mom and dad,” said another neighbor.

On top of that, nine cats were also rescued from the home.

As for the neighbors who saw it play out, they're calling these two men heroes. “This is our police force risking their lives every day, this is the 99.9 percent,” said Hall.

The cause of the fire remains under investigation. The family who lost their home is currently being assisted by the American Red Cross.

Buckeye Fire & Police save 2 kids from house fire. All 6 members of the family are safe as well as their 7 dogs and 11 cats. What a great job! #BuckeyeAZFire #WeAreBPD pic.twitter.com/ruvDQxOEjR