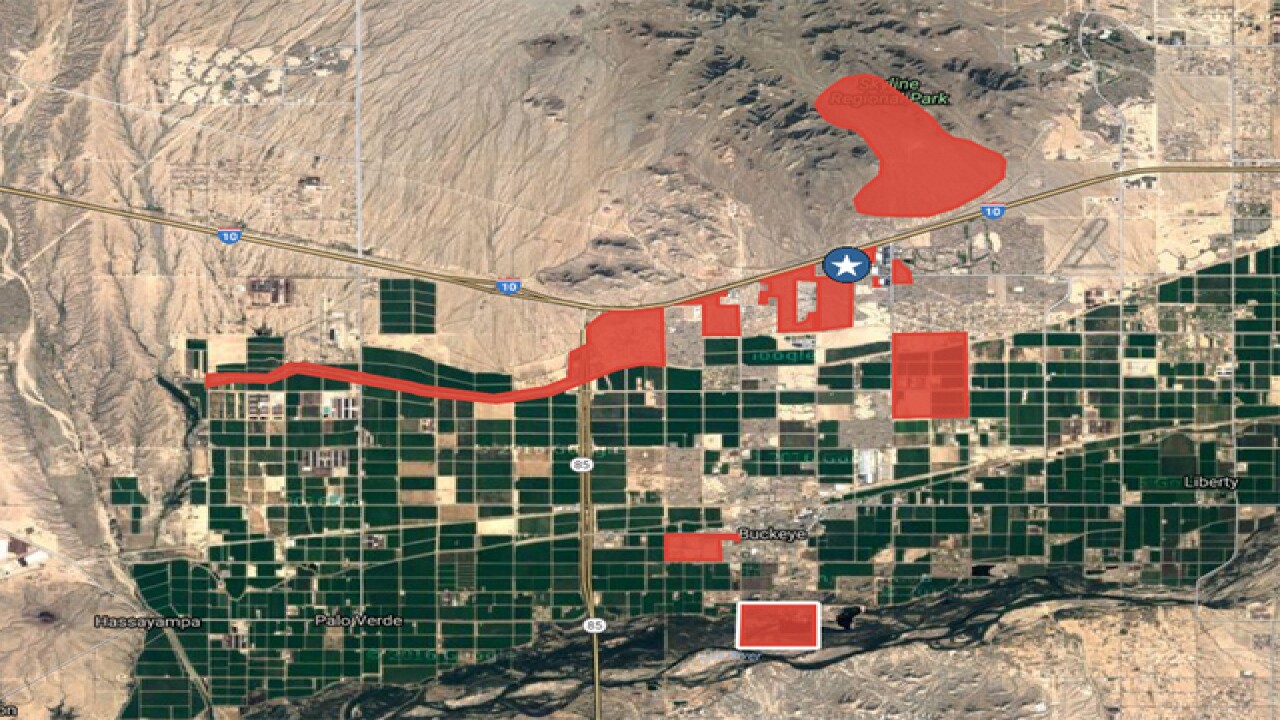 While the search continues for a missing 10-year-old from Buckeye, many areas have already been canvassed.

Officials and volunteers have scoured many locations in the Buckeye area looking for Jesse Wilson, according to the Buckeye Police Department.

Wilson was last seen in his bedroom on July 17, and it is believed that the boy slipped out his bedroom window.

Take a look at the map below to see approximate search areas for Jesse Wilson.

Buckeye police have set up a tip line in the search for Jesse Wilson. If you think you have any information call the hotline: 623-349-6411.