Family: Teen with autism hurt after being detained by Buckeye officer (VIDEO) 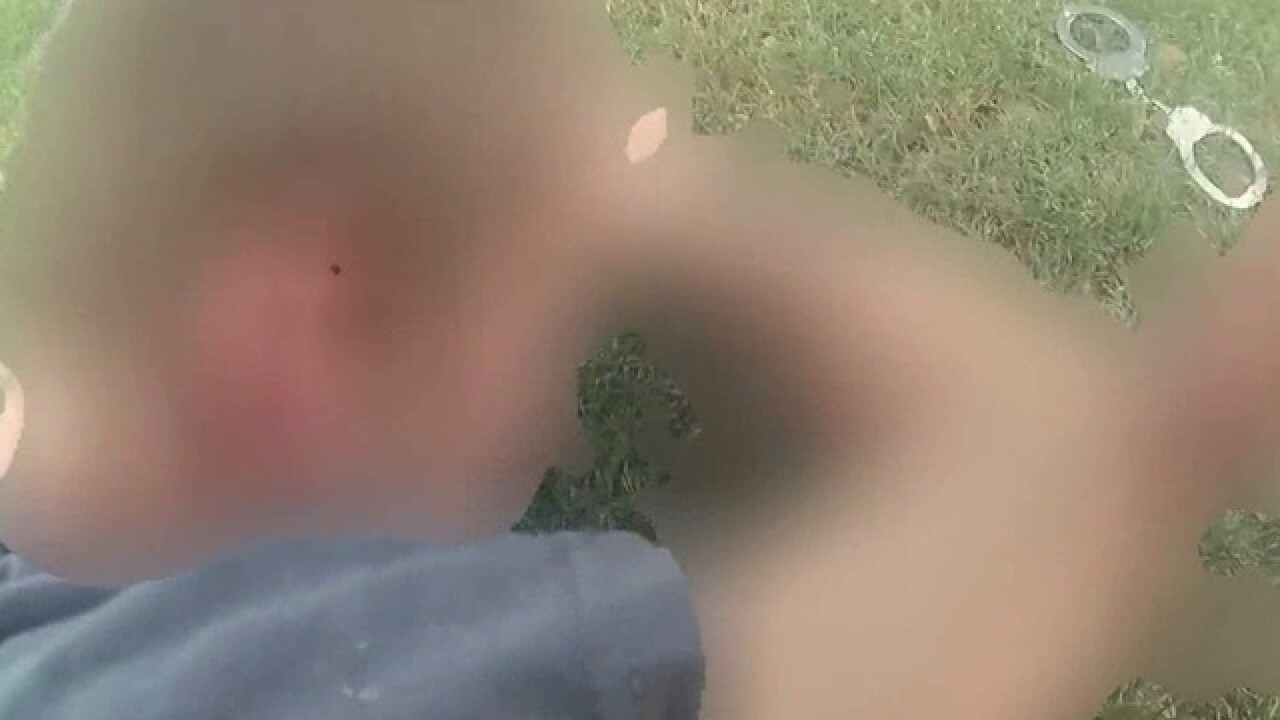 The family of a 14-year-old Valley boy with autism is demanding accountability after a Buckeye police officer mistook the child for a drug user and detained him.

On July 18, the boy, Connor Leibel, was forced to the ground by Officer David Grossman. During the incident, the boy suffered multiple scrapes to his back, arm and face as the two fell into a nearby tree.

The entire incident was captured on body camera, which was obtained by ABC15. Watch the full video in the player above.

“The family is anguished about what happened to Connor,” according to a statement released by the family to ABC15. “It's astonishing that even after an internal investigation, the Buckeye Police Department claims it did absolutely nothing wrong.”

In a Monday press conference, the Buckeye Police Department defended its officer, saying he was cleared during an internal investigation.

“The internal investigation found there was no use of force,” said spokesperson Detective Tamela Skaggs.

Grossman is a top DUI officer and drug recognition expert who trains other officers around the state, officials said.

Buckeye police said that Grossman saw “a subject” acting suspiciously like a person who was using an “inhalant drug.” Officials also claimed he couldn’t immediately tell that Connor was a juvenile.

The Leibel family said Connor was “stimming", a type of repetitive motion done by people with autism as a coping mechanism. In Connor’s case, he flicks a small string in front of his face.

Police records also show that Connor was alone for several minutes because his caregiver was walking his younger sister across the street to a music school for piano lessons.

When asked why Grossman, a drug recognition expert, couldn’t tell the difference between a drug user and this boy’s behavior, Det. Skaggs said she couldn’t speak for Grossman because she wasn’t in his head and it happened so fast.

"The family is asking for three things to help seek justice for Connor: first, a personal apology from the officer; second, that the officer perform community service with the autistic community; and third, that Buckeye institute a mandatory training program to prevent an incident like this from ever happening again,” according to the family’s statement.

Det. Skaggs said the Buckeye police chief just received the requests from the family Monday morning, and the department is evaluating them.

ABC15 is continuing to investigate this incident. Check back for updates.