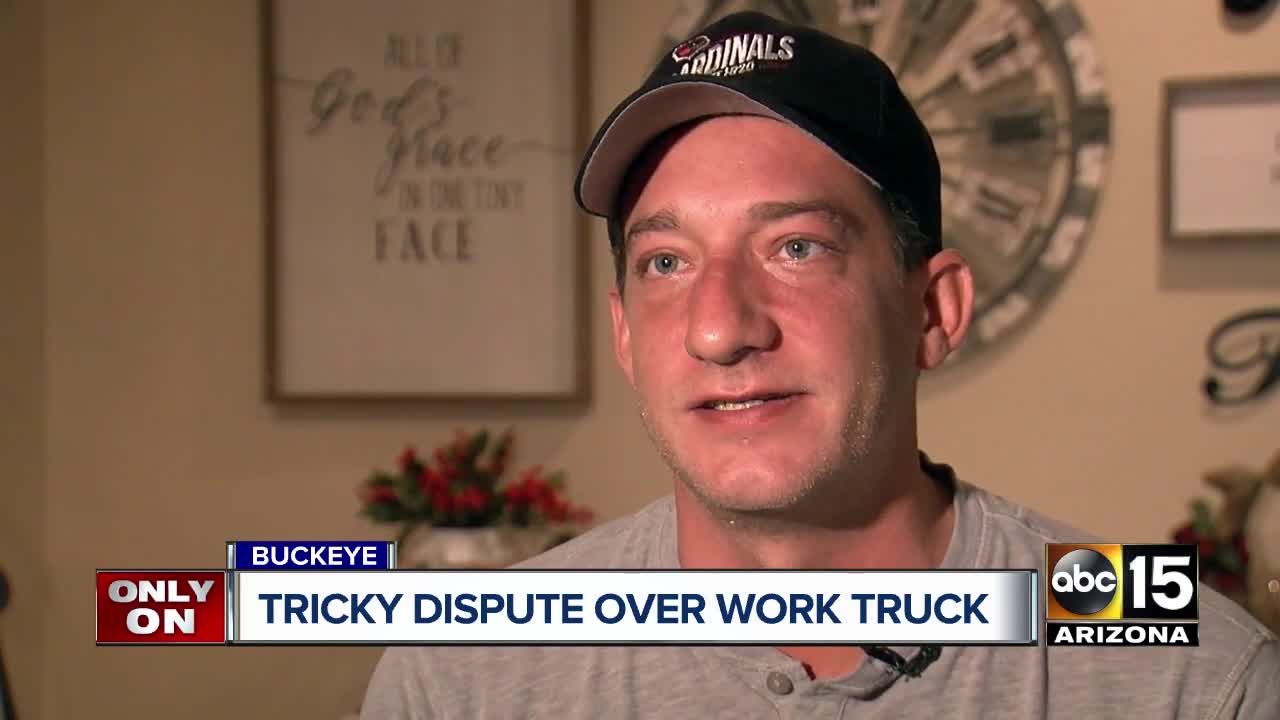 A Valley man is faced with a decision to keep his home or his job after receiving a warning from his HOA. ABC15's Cameron Polom has the story.

BUCKEYE, AZ — A Valley man is faced with a decision to keep his home or his job after receiving a warning from his HOA.

Tim Andersen says he and his family have been living the dream since moving to the West Valley.

"I love it here, people I tell, even in Scottsdale, they're like, 'Oh we're gonna move,' and I'm like, 'Move to Verrado.' I love the town," Andersen said.

But what was once paradise now spells trouble for this A/C and heating specialist.

"The whole Valley's my office, I get in my truck and travel everywhere through the Valley and help people out with their heating and cooling situation," Andersen said.

In order to do that, Andersen works out of this 10-foot tall take-home work truck.

The blue collar worker says his life has now been thrown into uncertainty after he received a letter from his HOA.

"It's just judgmental on the working class, I feel like if you live in Verrado, you have to wear a suit and tie," Andersen said.

In the letter, the HOA informed him he would begin receiving fines if he continued to park his work truck in his driveway.

"Verrado is saying, 'You cannot park any commercial vehicle in the town of Verrado unless you park it in the garage,'" Andersen said.

"There's all kinds of commercial vehicles around the neighborhood," Andersen said.

Sure enough, while in the neighborhood, we looked around and spotted a few immediately.

In a statement from the HOA, they admit there are other commercial vehicles parked in the community, but say it's a challenging rule to enforce, as most of those vehicles are parked outside regular business hours.

They also said every member of the community is given a copy of the HOA guidelines prior to moving in.

We reached out to the City of Buckeye, which maintains the streets within Verrado.

They tell us because Andersen's truck is under two tons, it is not considered a commercial vehicle and can be parked on residential streets. However, they added that HOA rules supersede the city's in this case.

But at this point, he says that just may not happen.

Andersen is hoping the HOA has a change of heart, and says he plans to apply for an exception hearing with the HOA board in hopes of finding a resolution.

The board says they've had one application regarding commercial vehicle parking in the last five years and it was denied.

The community does provide exceptions for public service and public safety vehicles.

Andersen says if you are considering moving into a community with an HOA, attend a board meeting, ask lots of questions, and make sure you know the rules so you can avoid this type of heartache.