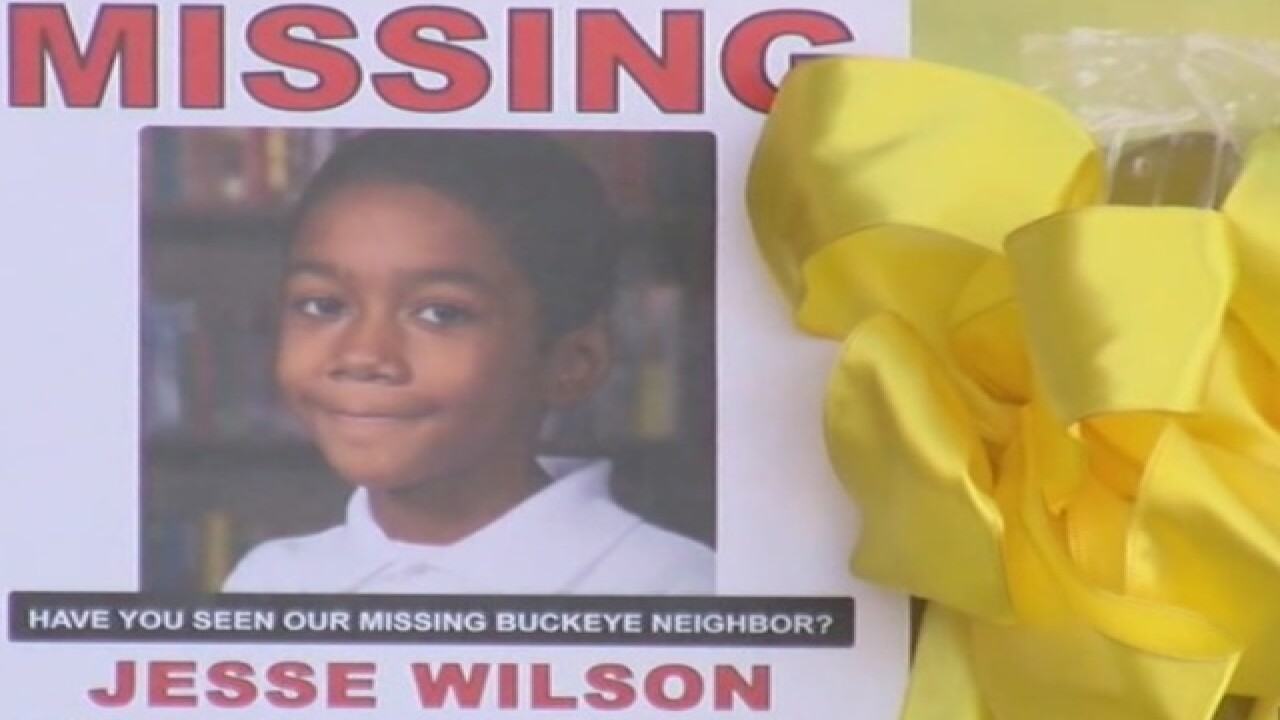 Back in April, Jesse Wilson, who has been missing for a month now, was found in a neighbor's front yard during the middle of the night.

Watch video from the incident in the player above.

According to police, on April 25 a neighbor called police after finding the boy in his front yard.

Police contacted Jesse's mother, Crystal Wilson, who told officers she had just discovered that her son had climbed out of a bedroom window.

Jesse was reunited with his mother that night.

The Buckeye Police Department said there was " no reason to suspect or consider" contacting the Arizona Department of Child Services. There were also no probable cause to search the family's home.

Prior to living in Buckeye, Crystal Wilson and her five children lived in Avondale. In 2011, Avondale police were called to the home to check on reports of child abuse and reports of her children being underfed.

Once inside the Avondale home, police found two of Wilson's boys strapped to their beds with some sort of shoulder harness. The mother told police the harnesses were there because the boys once got outside of the home to play without her knowing.

The officer who responded to the reports did check the children for injuries and determined they were fed and there was no evidence of abuse.

Sergeant Mathew Hintz said Wilson's explanation for why she had straps on the beds "could be a reasonable reason for having the device."

ABC15 reached out to the Arizona Department of Child Safety about prior allegations, but they refused to comment citing the on-going search for Jesse.