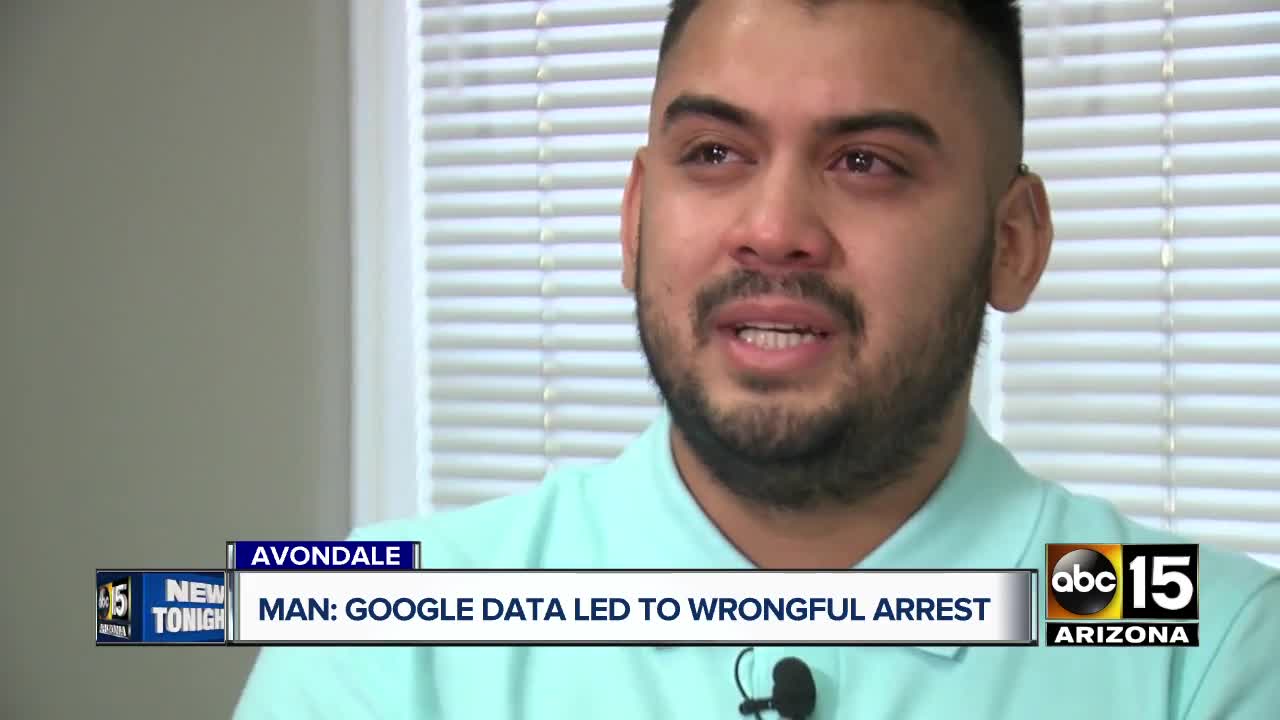 AVONDALE, AZ — A 22-year-old Valley man is trying to get his life back after he spent almost a week behind bars for a crime he didn't commit.

“Every moment can be snatched from you - just like that -for something that you never even did," said Jorge Molina.

He was arrested in December of 2018, accused of killing Joseph Knight outside his apartment in Avondale nine months earlier.

Molina says Avondale police showed up at a Macy's where he worked in 2018 and cuffed him without explaining why. Molina spent hours in a holding cell before he was questioned by detectives about the March 14 murder investigation.

The 22-year-old spent six days behind bars, most of his time at the Lower Buckeye Jail in protective custody, sitting in his cell for 23 hours a day.

Molina remembers his first phone call to this day. "That was really hard," he said. "I had to stay strong for her and I had to tell her, 'Mom I’m good it’s okay, I’m going to get out of here. I can do this.'”

Molina says he was released without explanation six days later. He eventually learned friends and family showed police evidence of his innocence including text messages and receipts from an Uber ride putting him in a different location at the time of the shooting.

So, how did police track him to that intersection? Avondale police issued a "Geo-fence" warrant to Google "requesting information on any wireless communication devices that passed through the same geographical locations as the suspect vehicle did," according to Molina's arrest report.

Investigators said Molina's account was one of four found at the scene of the crime that night.

Molina was adamant he was not involved, but police said they had surveillance video showing a white Honda Civic- the same car he owned- slowing down, and someone inside firing nine shots before taking off.

The report admits that the video was not clear enough to show a license plate, or get a good look at the driver. They also found no motive for the shooting.

“How was it possible that my location in my car or somewhere that I wasn’t at all?" Molina asked himself. “Just being in front of that judge and hearing those charges... I’m literally like shaking my head like this isn’t happening, this wasn’t me," he said. "I just couldn’t believe it - [I was] literally in disbelief that something like this was happening to me.”

Molina says he later learned data provided by Google showed him in two different locations that night. His Google account logged in to two different devices: his phone, and someone else's he's logged into in the past. Molina admits he never thought that would tie him to murder.

“I’ve learned not to sign into anyone’s phone," he said. "I no longer use Google.”

Now, Avondale police say they have probable cause to arrest Marcus Cruz Gaeta, Molina's mom's ex-boyfriend, who Molina says would take his car without permission on several occasions, something he told police when he was initially questioned. Gaeta is currently serving time in a California jail, for a separate crime.

"I don’t know what they were thinking. They were doing their job completely wrong.”

Molina just found a new job, but says he still has nightmares about the experience and wants the department to be held accountable.

“I think they know they did something wrong and now they are too scared to say anything about it," Molina said. He's suing the City of Avondale and the Avondale Police Department for $1.5 million dollars.

“It’s not about the money, this isn't a payday, this is holding people accountable.”