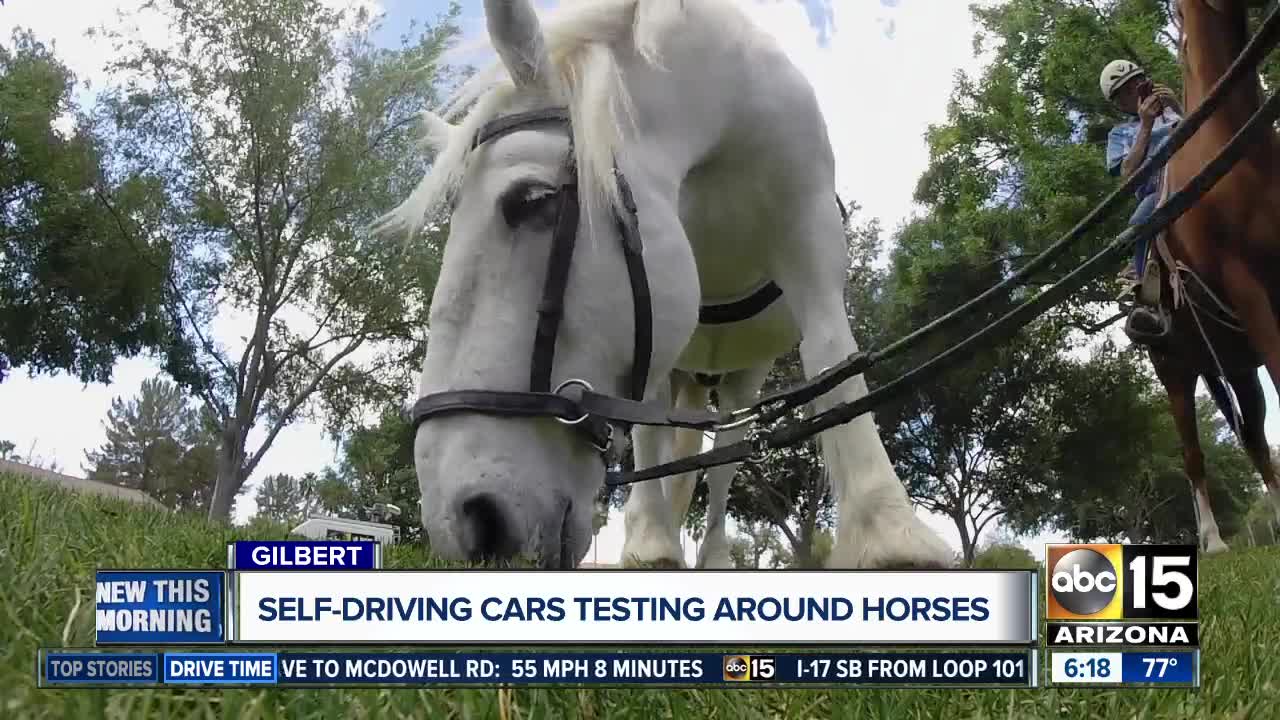 It was the original form of transportation: horse and buggy. Now, the future is focused on self-driving cars. It was the original form of transportation: horse and buggy.

Now, the future is focused on self-driving cars.

But, could the oldest and newest ways of getting around work together? Waymo now teaming up with 16-year-old Blitz. He is a horse who lives in the East Valley with his owner, Jill Clark.

But, just because he is off the job does not mean safety is not still a priority to this police horse.

"If a quiet car all of sudden just zips right by somebody, it could be catastrophic," Clark explained.

She has been riding horses in her neighborhood and on equestrian trails for more than 2 decades. While she was out with Blitz one day, Clark said she thought of many questions about the technology behind the autonomous cars driving in the area.

"They may not know, the driver may not know, and the car might not know yet what is a good thing to do when you do come up to a horse from behind or your coming toward a horse," Clark explained.

She decided to contact Waymo and address her concerns.

They responded and offered Blitz a new job all about safety.

"Being able to interact with large animals such as a horse - and with a mounted rider, in addition to pedestrians, cyclists, large and small animals - is very important to how our cars are going to be able to predict their behaviors while we're cruising on the roadways," explained Waymo Policy and Community Manager Dezbah Hatathli.

So, now, Waymo cars are learning to recognize horses, which means alerts the vehicle to slow down and swerve way around in order to keep everyone calm on their commute.