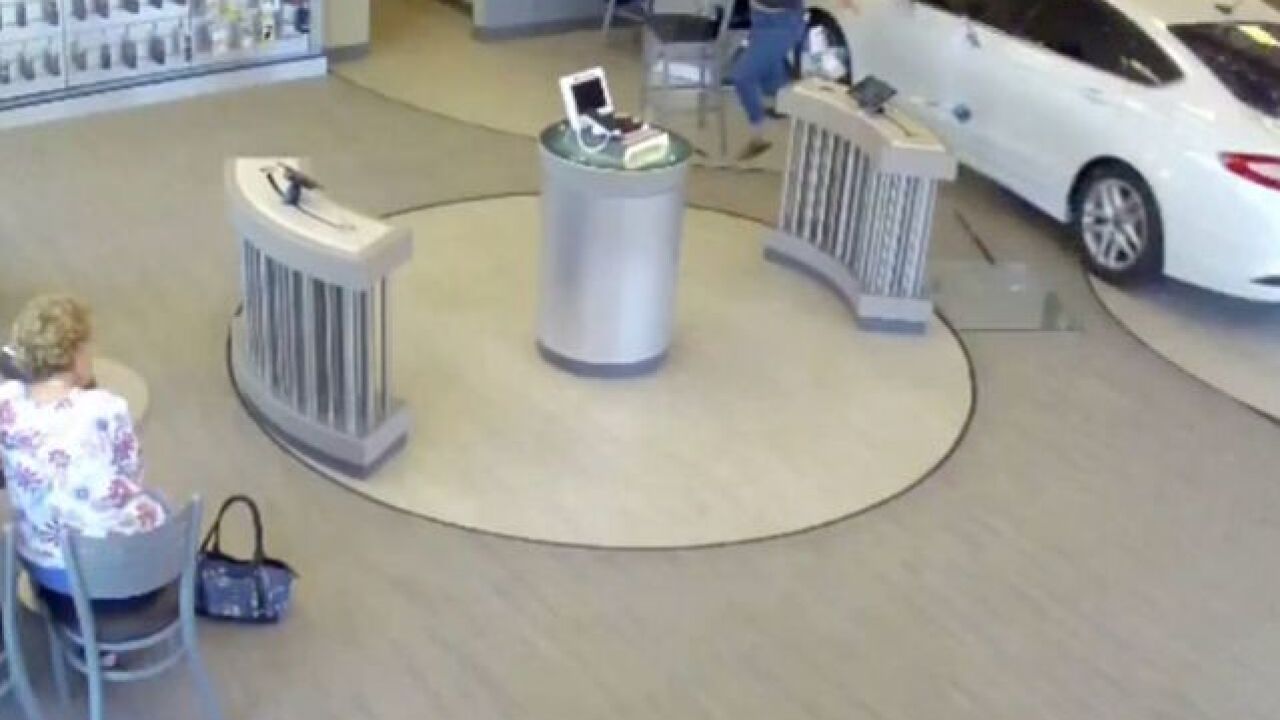 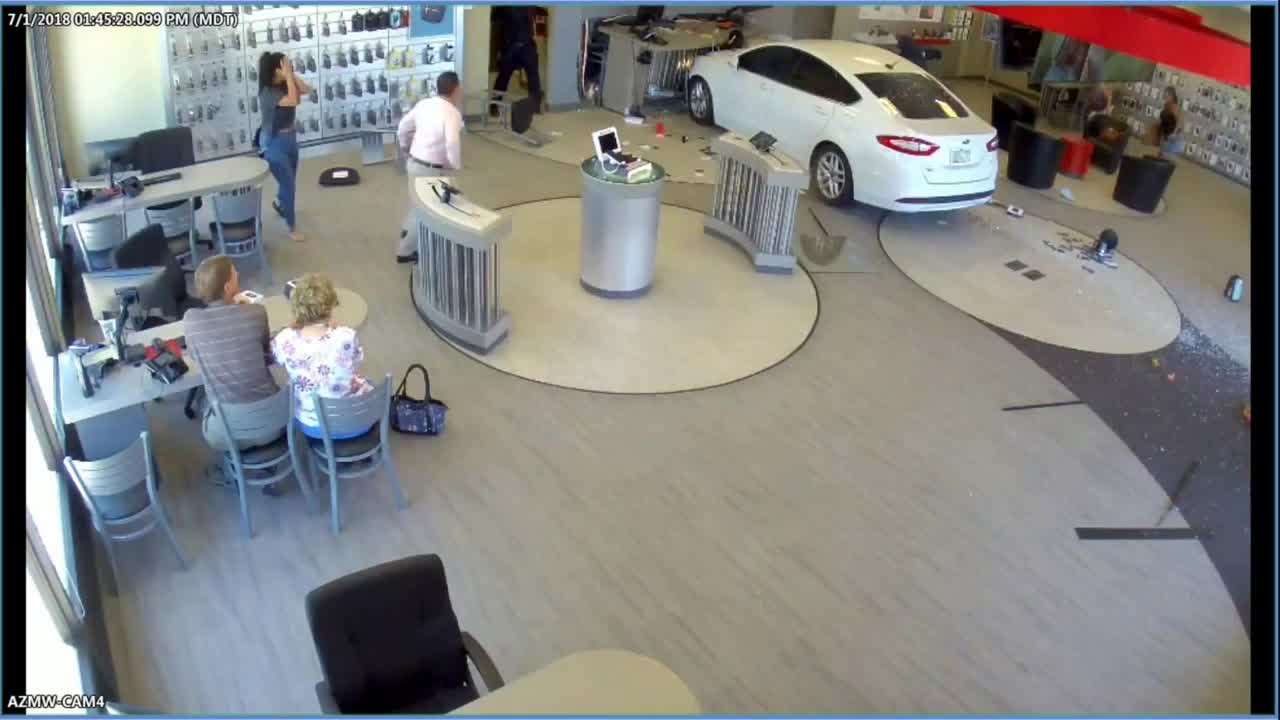 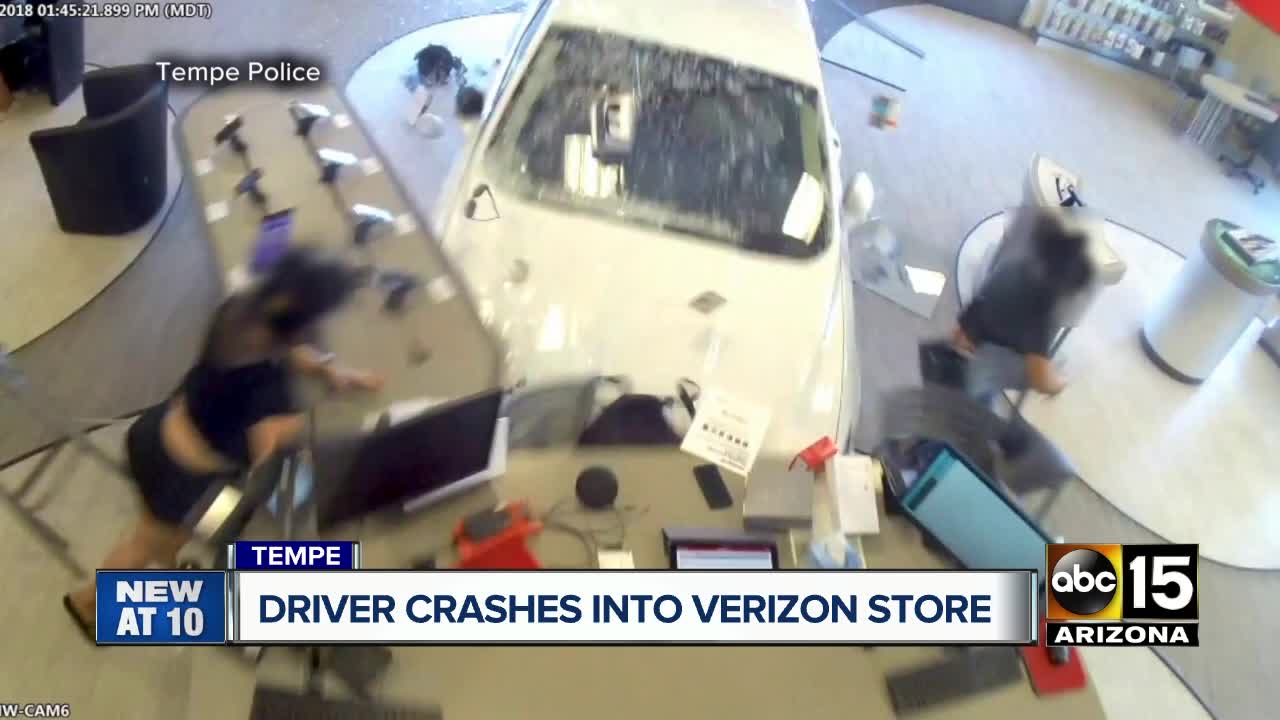 Newly-released video shows the moment a car crashed through the window and into a Verizon store in July.

Surveillance video released by the Tempe Police Department shows the car crash into the store and customers and employees scrambling to get out of the way. Watch video of the moment of impact in the player above.

"It was like a bomb had gone off in the front of the store," explained Mike Woolsey, whose stepdaughter, sister-in-law, and father-in-law were all the in the store.

The crash happened the afternoon of July 1 at the store near McClintock Drive and Warner Road and was estimated to have caused $150,000 in damage.

"I saw her and the glassed over look in her eyes, walking through the glass in a missing shoe, and I knew it wasn't good," Woolsey said about seeing his stepdaughter for the first time, just minutes after the crash. "I don't know how she moved because that car came up behind her so quickly...it was God telling her to move."

The driver, later identified as 49-year-old Cathleen Bizari, was taken to the Tempe City Jail on suspicion of DUI. A breath test indicated she had a BAC of 0.32--four times the legal limit.

Bizari has been indicted on three counts of endangerment and one count of criminal damage, all felonies. According to online court records, a trial date has not been set.