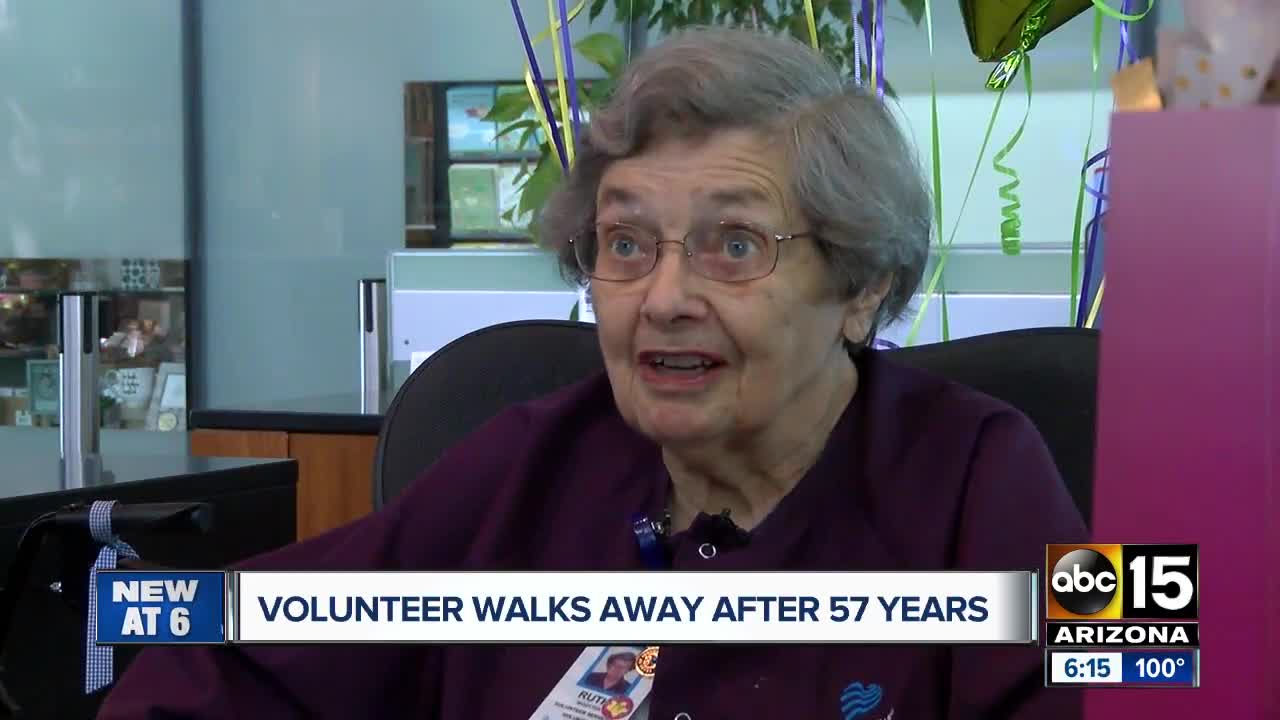 For 57 years, Ruth Wootten has volunteered her time inside Valley hospitals and to her, it wasn't a sacrifice at all. 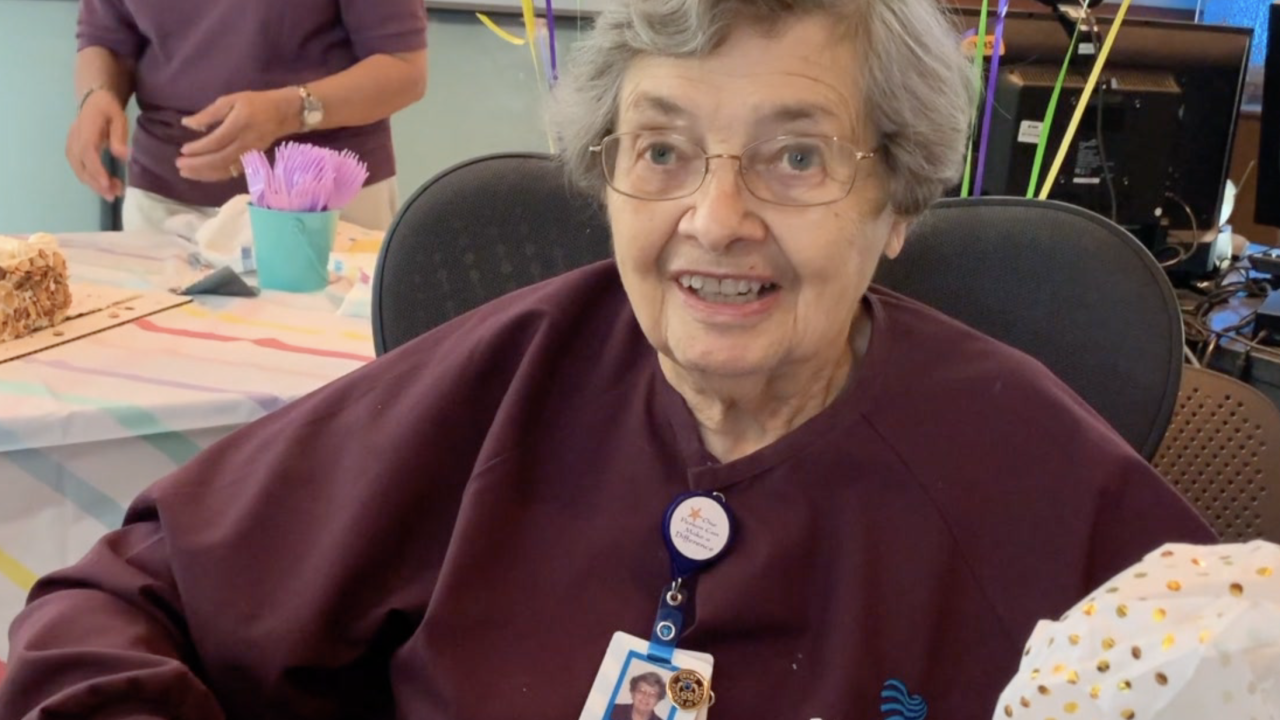 TEMPE — A Valley woman is finally hanging it up after spending nearly six decades volunteering.

For 57 years, Ruth Wootten has volunteered her time inside Valley hospitals and to her, it wasn't a sacrifice at all.

“It doesn't take a sacrifice, most people have time that they could give, they just need to take a hard look at how they’re using that time,“ said Wootten.

But unlike most, Ruth gave all she had. Now 90, the celebration of that time is in full swing as she's finally saying goodbye.

“I think it's extraordinary people who do that I really do," said Kathy Williams, Director of Volunteer Services at Banner Gateway Hospital.

“I’ve never met another woman like her," said one fellow volunteer.

“She's always polite and kind to everybody," said another.

“She talked me out of it once, but I told her not anymore," said Wootten, who added she’s retiring because she no longer feels safe to driver herself to work.

Ruth began volunteering while raising her children back in the sixties for Mesa Lutheran Hospital until it closed after 45 years.

Ruth and her late husband Bill then turned their giving spirit to Banner Gateway.

Her dedication now offering a blueprint to a new generation. “She's been an inspiration not only to myself and my family but for every life that she's touched," said her granddaughter Jessi Wootten.

“Our family always encouraged us to contribute outside ourselves," said Ruth.

And contribute she did, leaving a lasting impression on everyone she met. “Ruth represents what volunteerism is all about giving of yourself in the most selfless possible way never about you but about those you are serving," said Williams.

Ruth has no plans to stop volunteering completely. She’ll now focus her efforts on the community she lives in as well as assist her local church in the archive the congregation's history.