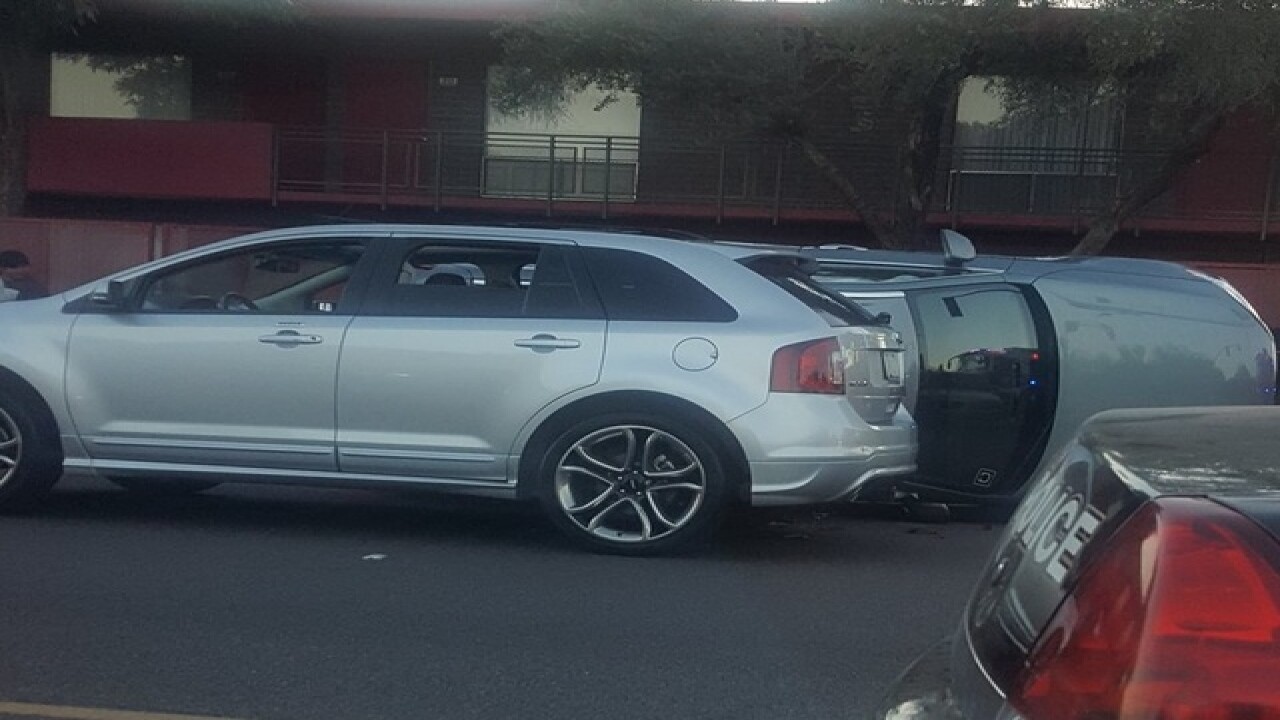 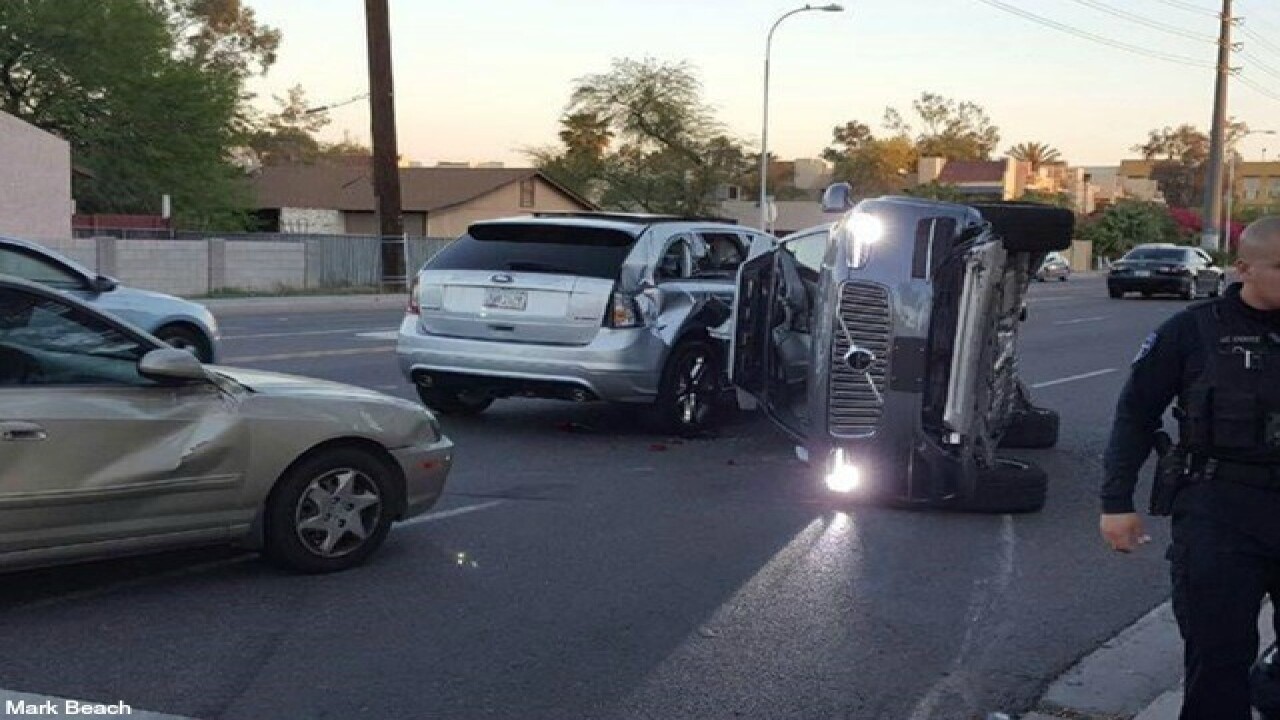 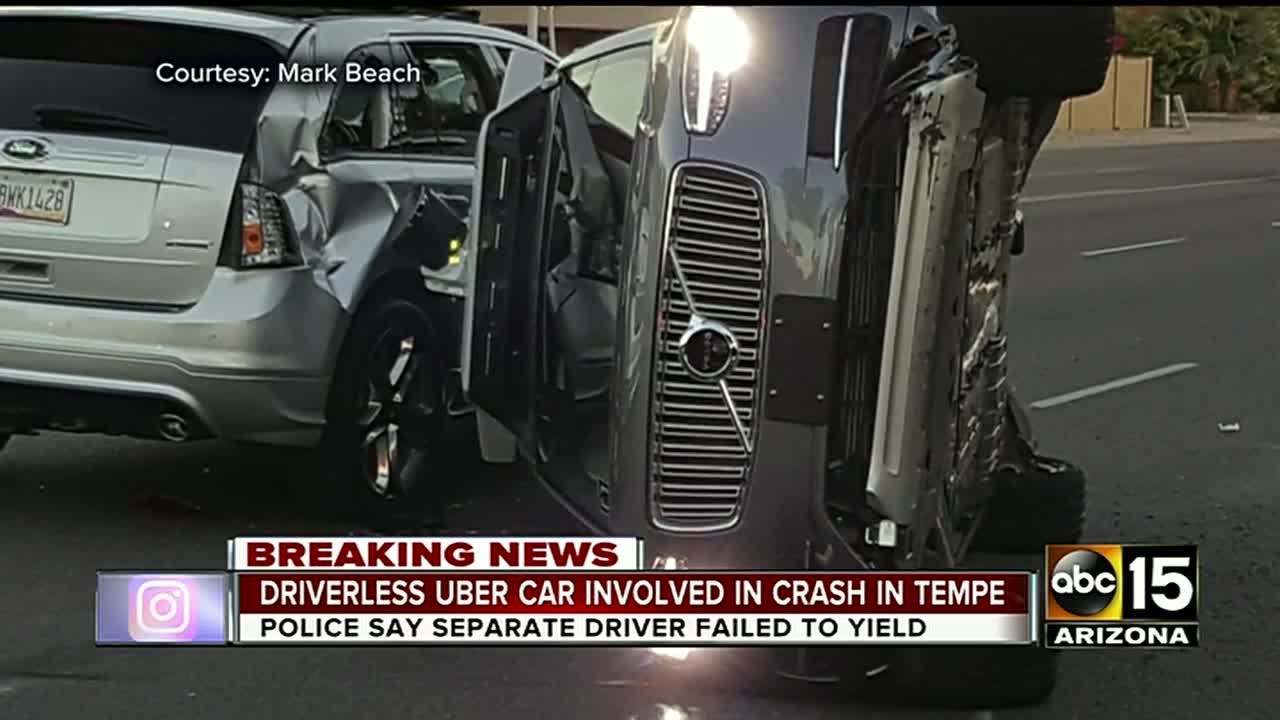 A self-driving Uber vehicle was involved in an accident in Tempe Friday night.

Police responded to the area of McClintock Drive and Apache Boulevard around 6:30 p.m. after receiving reports about an accident.

A car failed to yield to the autonomous SUV and hit it, authorities said. The self-driving SUV rolled onto its side as a result crash.

There were no serious injuries were reported. However, police said there was a passenger in the self-driving car. The person was behind the wheel but it's unclear whether they were controlling the SUV or not.

Police say the driver of the other car was cited for a moving violation.

Since the beginning of this year, the ride-hailing company has been testing out the cars across the Valley.

Uber told ABC15 that they're aware of the incident and will provide an update when they have more details.