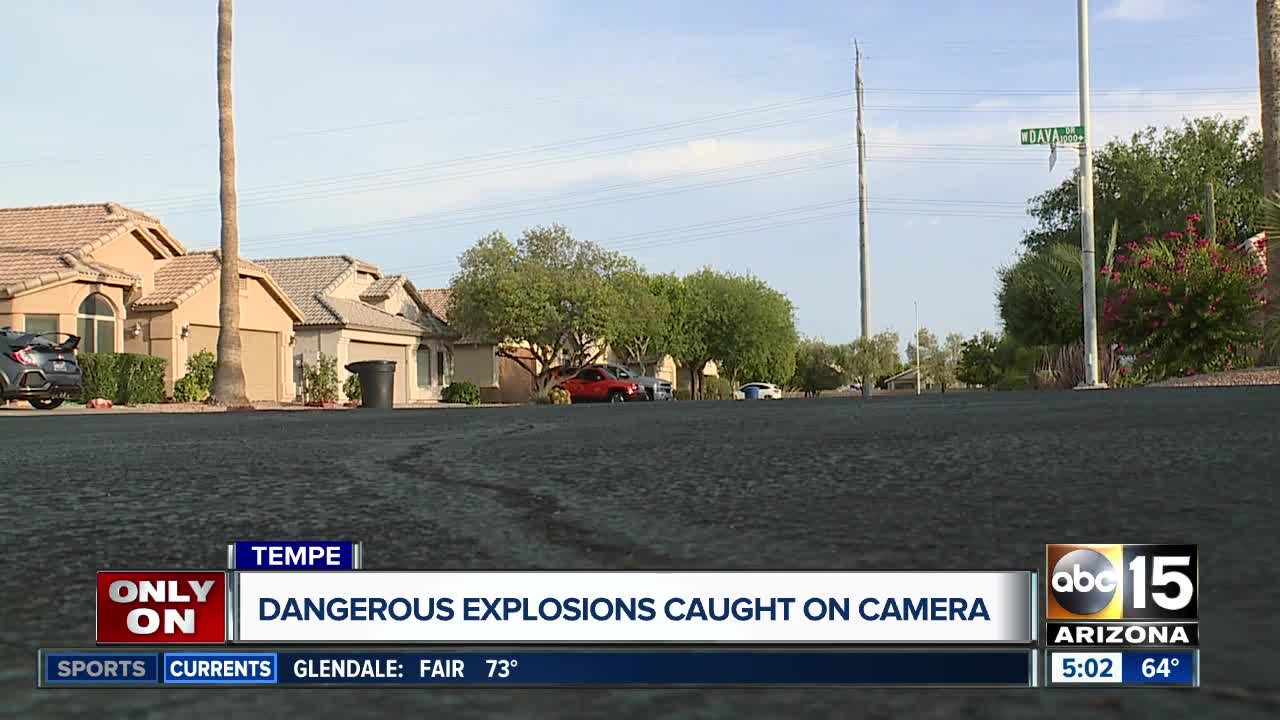 Police say they have located evidence after a series of loud booms in a Tempe neighborhood. 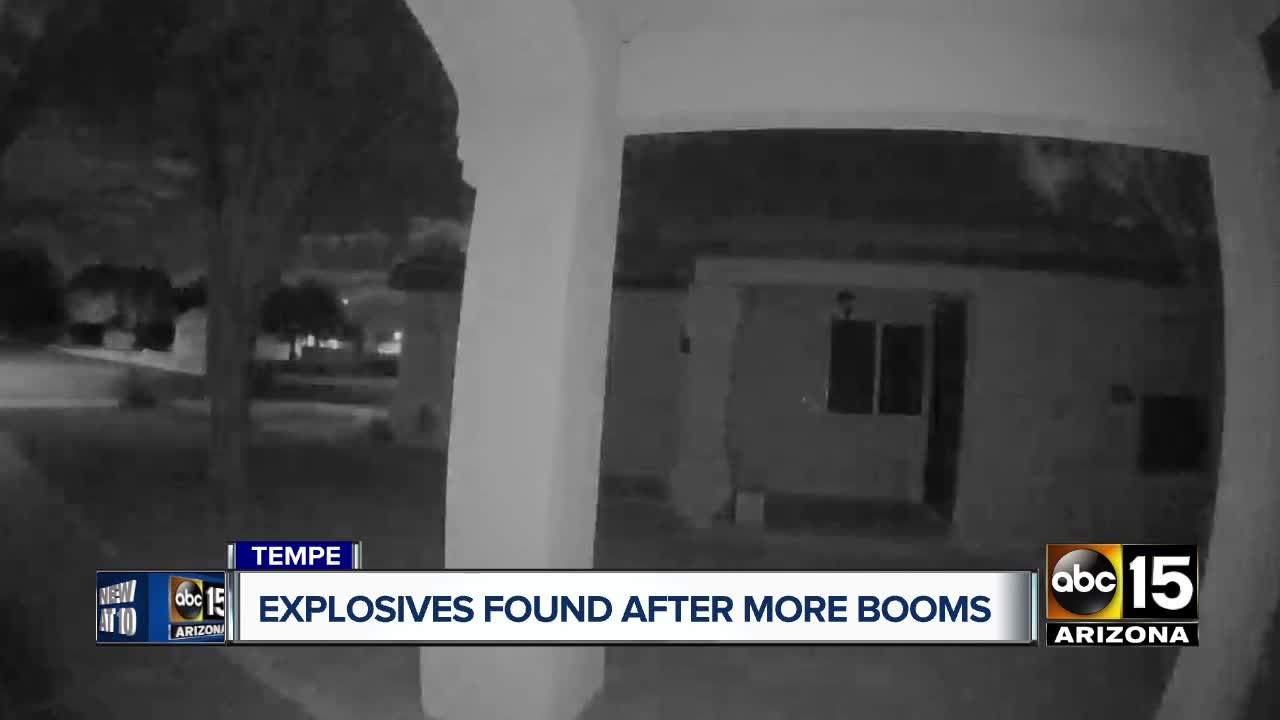 TEMPE, AZ — Tempe police say they have found evidence of explosive material near the neighborhood where loud explosion sounds have been happening for months.

The blasts have been happening in south Tempe, near Grove Parkway and Hardy Drive, since July. The new discovery leading to safety concerns both for police and people who live nearby.

When ABC15 first reported on the problem, neighbors said the sonic-like booms subsided until early November when another was caught on a doorbell camera.

"I'd say that's the loudest one, and the flash was the biggest," said Evan Hoffman, who caught the explosion on camera. "It kind of shakes the house a little bit."

Evan and his neighbors thought they were in the clear. "I was actually thinking about it, I haven't heard those for a while. So that's a good thing they finally stopped," said Mike Kinsey, who lives nearby.

"I think it was the news story and then you would see police more in the parking lot there," said Hoffman.

"We implemented extra patrols and presence in the area," said Detective Natalie Barela, a spokesperson with Tempe police. "We haven’t been able to determine exactly who is responsible for this."

The department did find substantial evidence that suggests the explosions are intentional. "There were some low level explosives found and some sort of explosion did occur and take place," said Det. Barela.

"That's a little scary, because it's so close to the neighborhood and there are kids here," said Tiffany Dressler. "Maybe someone is testing bombs for something bigger, I don't know," said Hoffman.

The new information is unsettling and unnerving for the normally silent neighborhood.

"These explosives are incredibly dangerous and we need to find out what's going on and who is responsible for them," said Det. Barela.

So far, the suspect has been sneaky. "He or she or they will mess up, they always do," said Dressler.

Tempe police say if you witness or hear the explosions to call them immediately so they can respond and hopefully catch the suspect in the act.

If you have any general information you can also submit a tip online.