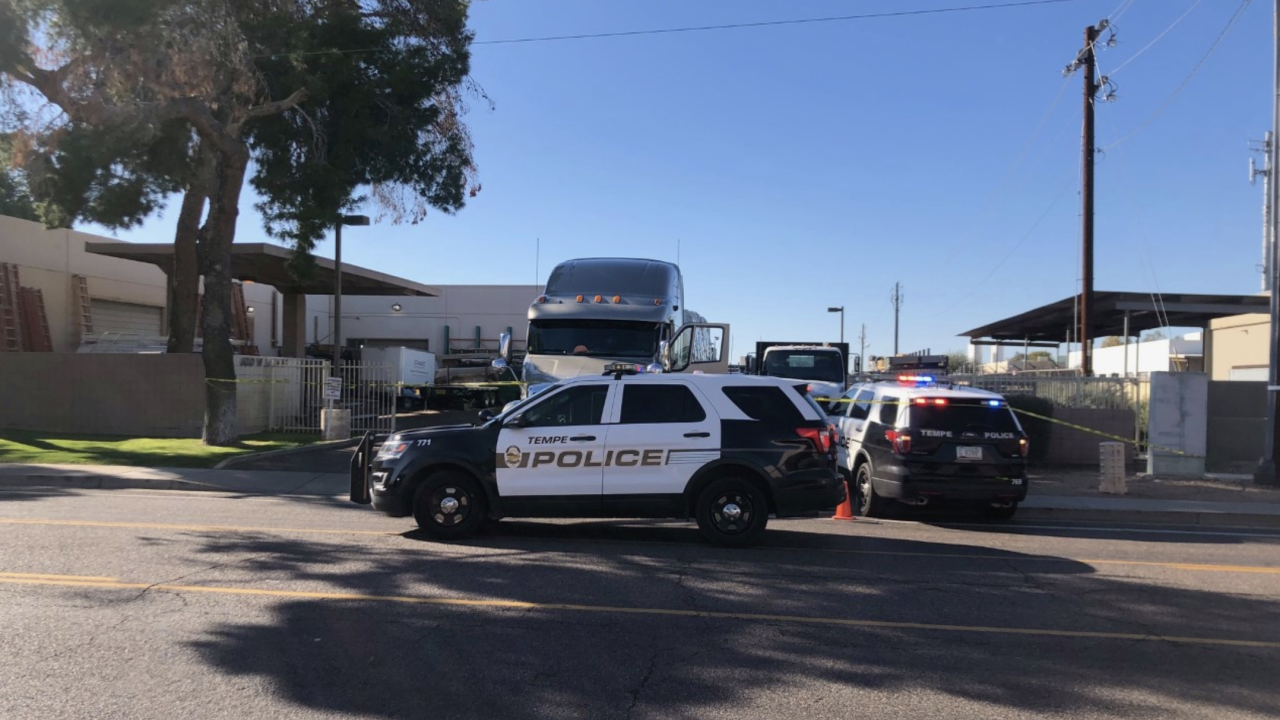 TEMPE, AZ — One person has died at a business in Tempe after a heavy object apparently fell on him or her, according to the Tempe Fire Department.

Glass told ABC15 in an email that a person was apparently moving a heavy object with a group of workers when the object apparently fell onto the victim, killing him or her.

The name of the business nor the victim have been released. It is not clear if any other workers were injured in the incident.

This is a developing story. Stay with ABC15 and ABC15.com for updates as they come into the newsroom.