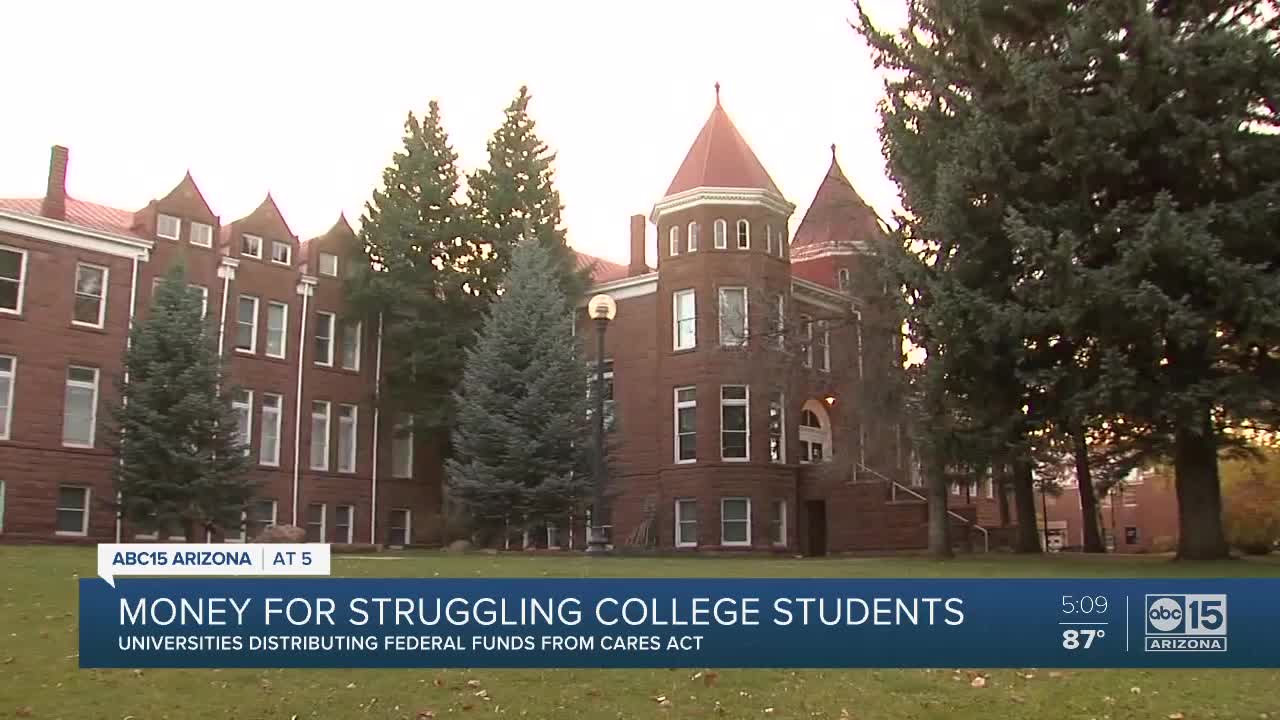 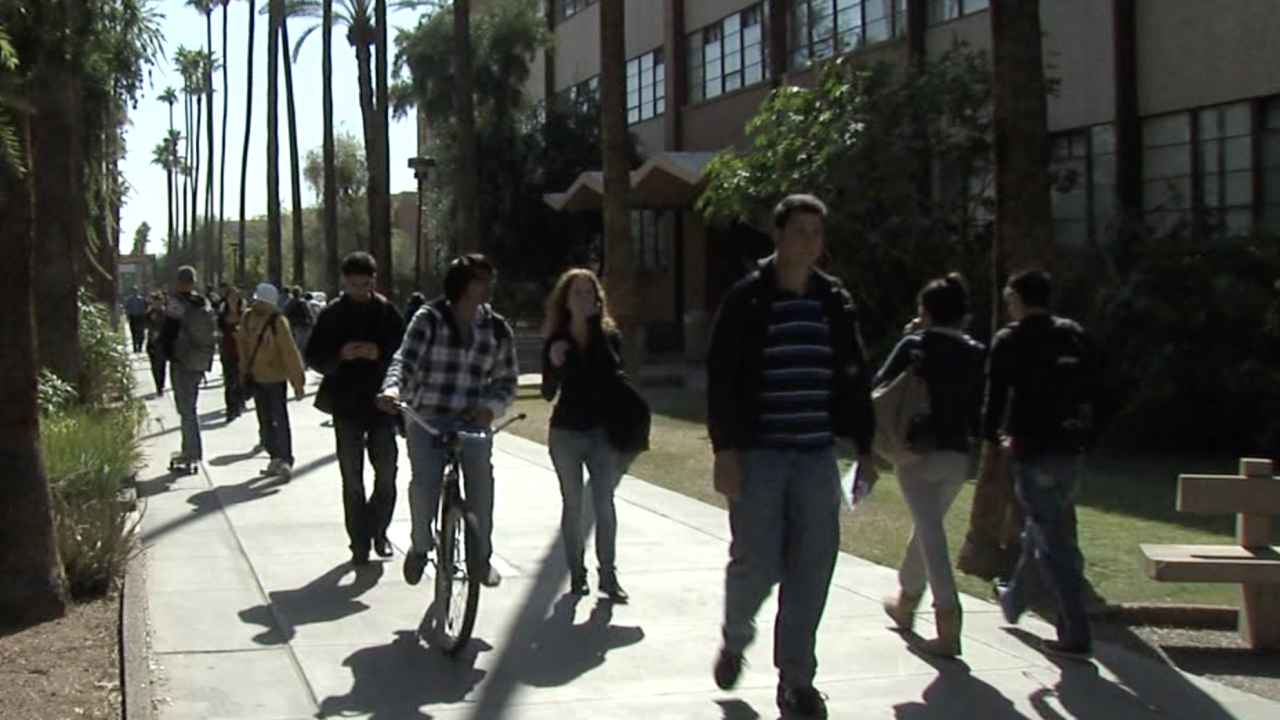 TEMPE, AZ — It's been more than 30 days since the Department of Education announced tens of millions of dollars would soon find its way to Arizona universities.

Money for students struggling to pay their bills due to the COVID-19 pandemic.

Payments were meant to be distributed in the form of grants to those that qualify for the assistance.

But so far only two of our four major institutions have rolled out the program.

“We had over 2,000 students respond within the first hour,” said Northern Arizona University President Rita Cheng.

NAU announced Wednesday, it is distributing the majority of the $11.7 million it received.

Joining GCU which has also sent out half of its $22 million to students more than a week ago.

President Cheng says the funds will be rolled out in two waves.

“The first wave is to those students that had filed the FAFSA so it’s very clear they meet the Department of Ed requirements, and the second wave is to students that don’t have that documentation on file but we’re giving them instructions on how to do that,” said Dr Cheng.

Arizona State University leaders say they’re not delivering the $31.8 million they’ll get quite yet.

Telling ABC15 in a statement they intend to distribute the Cares Act resources in a manner which supports students in their efforts to continue their academic studies.

They’re still finalizing their plans at this point and will soon alert students on how to apply.

UArizona has received more than $15 million in funds but they too are still working on a plan to get students that money.

The problem is, many students can’t wait, depending on this money to make ends meet during this challenging time.

“Our students here in flagstaff worked in our restaurants, worked in our local businesses, worked on campus and those jobs are not here right now and so they are stressed,” said Dr Cheng.

“ASU has a large student population with varying needs. ASU intends to distribute CARES Act resources in a manner which supports students in their efforts to continue their academic studies. Those resources will be used to support ASU students who demonstrate a need for additional aid if the student or family has experienced unforeseen financial changes due to issues such as job loss, income reduction or illness. When ASU has finalized the mechanism for the distribution of the funds, the university will report back to the U.S. Department of Education, the CARES Act funds will be released to ASU by the federal government, and the CARES Act funds in turn will be distributed to students. In the meantime, ASU is continuing to work with all students who have expressed concern about their financial circumstances.”